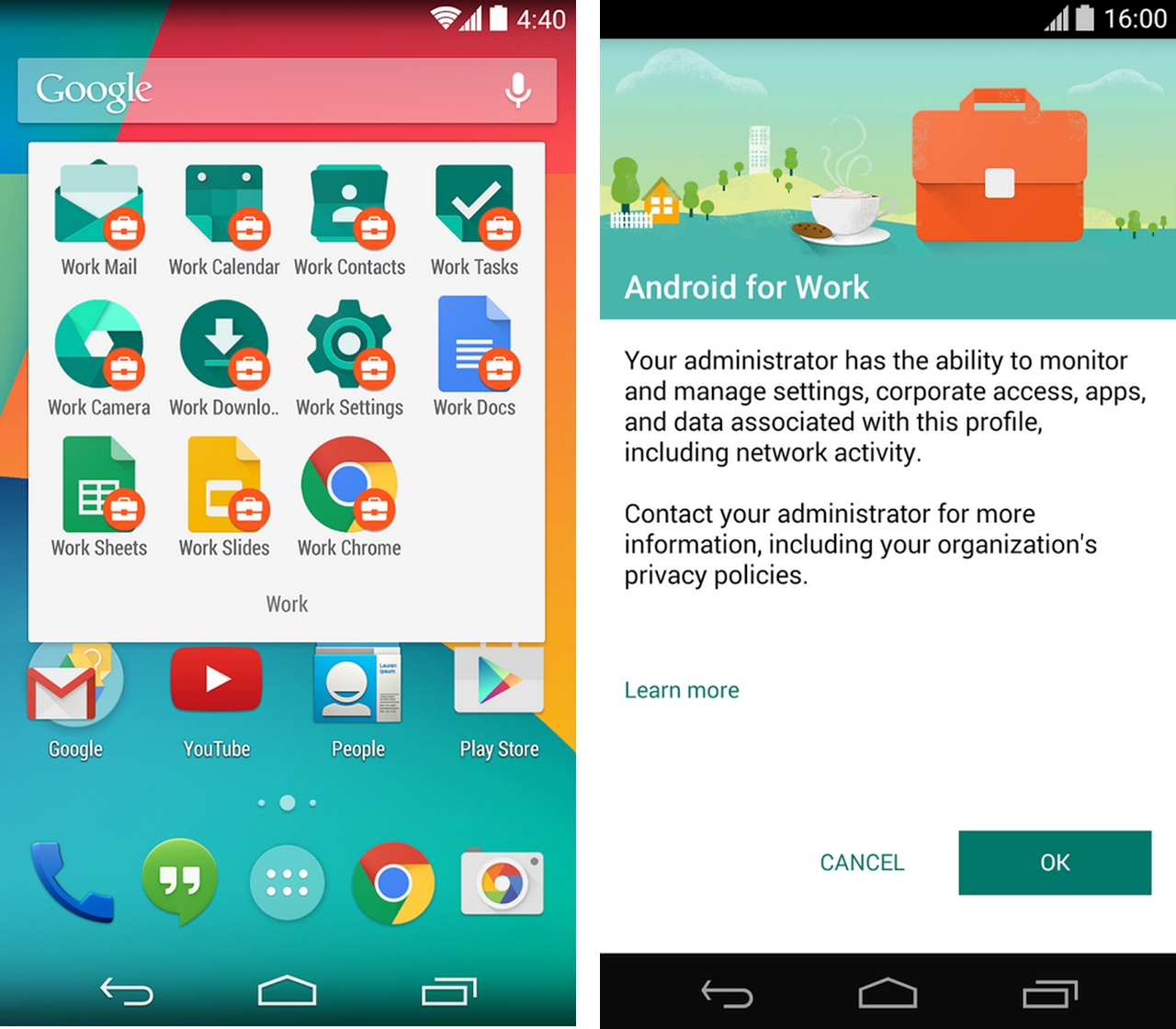 Google this week announced the release of an Android for Work app for devices running Android 4.0 to 4.4.

Originally unveiled in February, Android for Work is Google’s enterprise device management solution. It allows users to have two copies of the same app on a single Android device. One set of apps is reserved for personal use, and the another is set aside for work related tasks. For the average worker, the benefit of a setup like this is that their employer won’t have the opportunity to view or delete their personal data.

Google has partnered with several third-party developers to bring their apps to Android for Work. Among the more notable initial partners are BlackBerry, Box and Salesforce.

“For many, these phones have become essential tools to help us complete important work tasks like checking email, editing documents, reviewing sales pipelines and approving deals,” says the Official Android Blog. “But for the majority of workers, smartphones and tablets are underutilized in the workplace. Their business and innovation potential remain largely untapped.”

IT managers that would like to learn more about the platform can do so on the dedicated Android for Work site Google has set up. The Android for Work app is only necessary on versions 4.0 to 4.4, as Lollipop has the functionality built in.