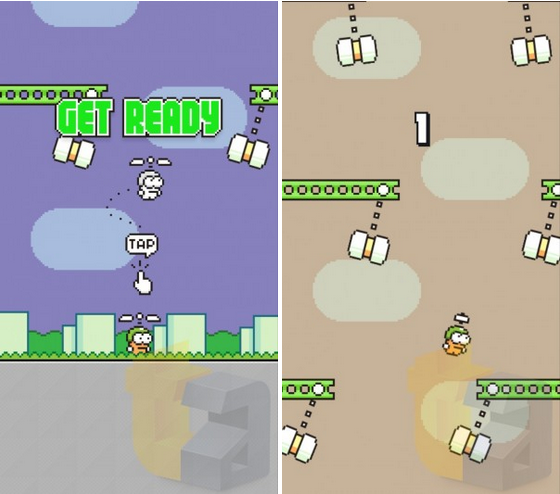 Dong Nguyen, creator of the wildly popular Flappy Bird, teased a new 8-bit game featuring “some guy jumping from building to building.” Well, it’s called Swing Copters and will be available on August 21st in the App Store for free, or $0.99 for an ad-free experience.

The gameplay is similar to Flappy Bird, but instead of a bird, the player controls a man with a propeller on his head who flies vertically instead of horizontally, with the goal to go through as many gates as possible. Touch Arcade received a pre-release version of the game and concluded, “Swing Copters is hard.”

Update: Swing Copters is now live in the App Store and Google Play. The official description is basic just like the game: “Flying with a propeller hat is not as easy as it looks.” Swing Copters is a free game on both Android and iOS, but those with an iPhone or iPad are able to remove the ads for $1.29.