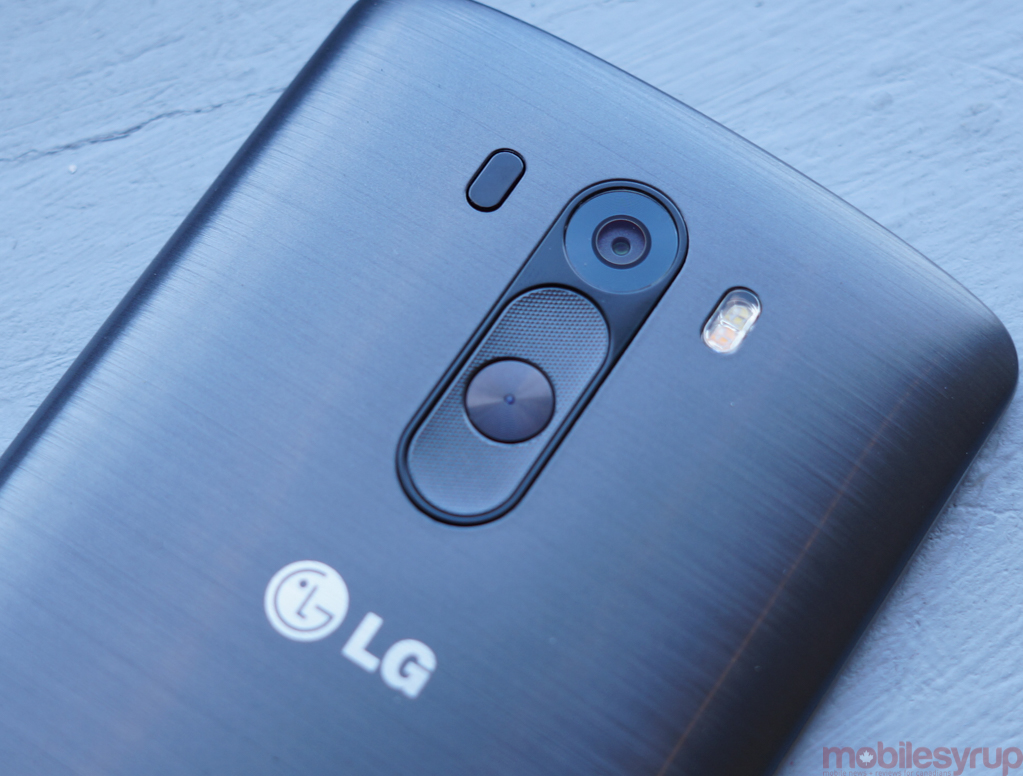 It just wouldn’t be a normal week in tech if photos of multiple new devices didn’t find their way online.

On Wednesday, it was the HTC One M9+‘s time to shine. Today, it looks like one of LG’s newest phones is the latest device to be leaked.

On the XDA Developer forum, a user named s3rv1cet3ch posted four images of what they’re claiming is the LG G4, though it’s likely a mid-range variant in the same family.

Looking through the photos, a couple of details stand out. Starting with the back of the phone, it appears that, like the G3, this phone’s power button and volume rocker are located on the back of the unit. This is a quintessential LG design flourish, though it appears the company has decided to slightly change things up by making most of the back components into rectangles instead of circles. Riveting. 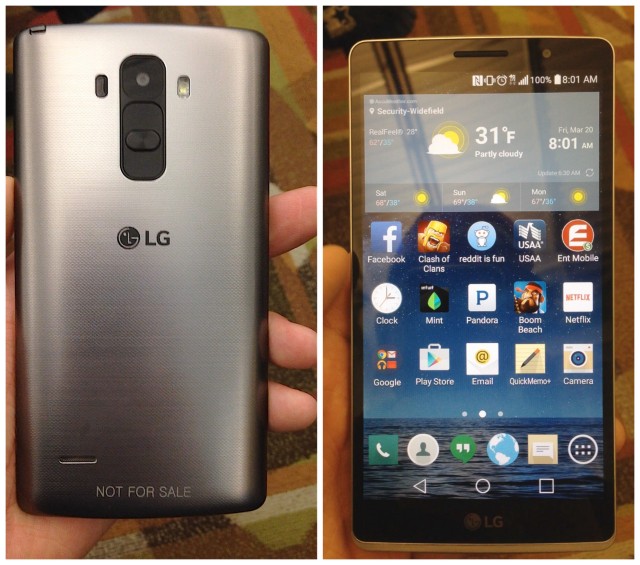 Moving on, the top left of this phone appears to have something that can be pulled out of the phone. In their terse forum post, s3rv1cet3ch says that this is a stylus. However, as several other tech websites have suggested, this could also be an extendable TV antenna, a feature that is mandatory in Korea and Japan.

Lastly, taking look at some of the homescreen and Settings screenshots s3rv1cet3ch has uploaded, it seems this phone will come with Android 5.0.2 out of the box. Engadget also notes that the “M8936” in the phone’s baseband version description likely signifies that this device is being powered by a Snapdragon 610, not a 8-series Snapdragon processor as is usually the case with most recent flagship phones. 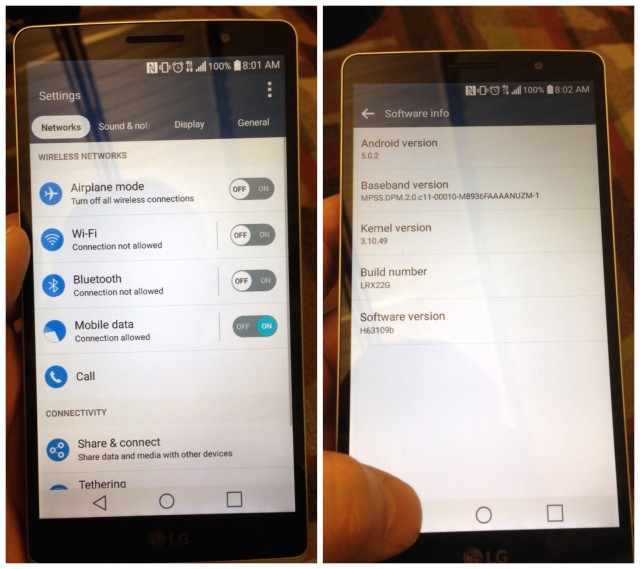 In any case, we’ll have to wait until LG decides to officially announce this device to get a sense of its final specs and, more importantly, whether it’s coming to Canada.