Google creates ebola-proof tablet that is cleaned with chlorine 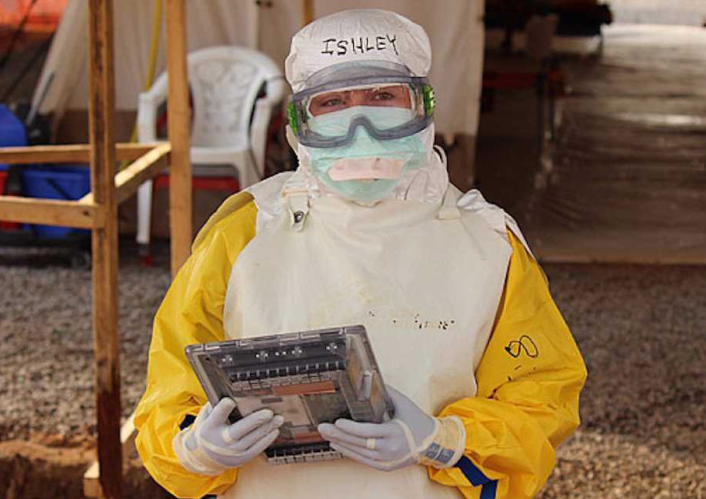 According to the Daily Telegraph, the hardened device has several features that make it perfect for hazardous medical work. It can withstand being doused in chlorine, allowing aid workers to easily decontaminate it, and its capacitive touchscreen will still register inputs even if a worker is wearing gloves.

Speaking of protective garb, the tablet’s sharp edges have been filed down. As such, there’s no risk of a medic accidentally puncturing their protective gear while using the device.

Google also claims that the tablet can also survive severe storms and high humidity, weather conditions that are common in West Africa.

Google assigned five engineers to work on the project after Ivan Gayton, Doctors Without Borders‘ technology advisor, contacted the company’s Crisis Response Team and told them that one that his colleagues were being forced to shout patient info to medics outside of a treatment zone.

“[The doctor] was shouting through a mask at the end of his ward round to someone on the other side of the fence who was writing the notes down and then entering them in a patient record,” he said in an interview with the Daily Telegraph.

“It was error prone, exhausting and it wasted five or 10 minutes of the hour medics can spend fully dressed inside the protective zone before they collapse from heat exhaustion.”

While the ebola outbreak in West Africa is winding down, Gayton says the tablet will help the organization deal more efficiently with future outbreaks.