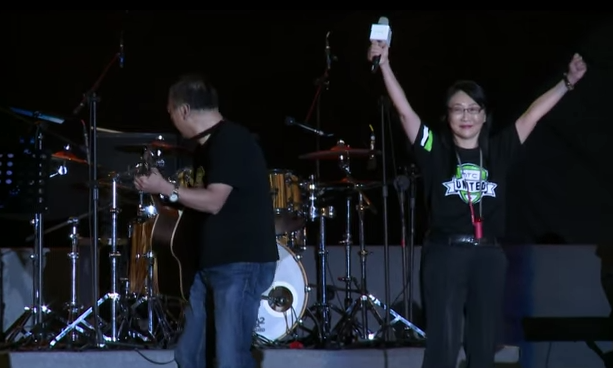 At HTC’s year-end party, then-CEO Peter Chou told his employees that “we are one,” and “together we can change the world.” Peter Chou, a loyal man who has been with HTC for 18 years and took on the CEO role in 2004, has stepped down to lead HTC’s new Future Development Lab. In his place, co-founder and Chairwoman Cher Wang takes his place.

In an interview with Bloomberg, Wang said, “I know the company, I know the people, and I have the vision. I think I am the best candidate. I suggested it.”

HTC recently announced a number of new devices, including its latest One M9 smartphone, a partnership with Under Armour on a fitness wearable called Grip, and a virtual reality headset, Vive, which is powered by Valve’s SteamVR.

Wang actually began sharing the duties of CEO alongside Chou in 2013, with a move to take over the job. Whether the announcement will be seen as fortuitous or bullheaded must wait until after the release of the company’s newest phone, which happens on April 10th in the U.S., with a Canadian launch likely the same day or shortly thereafter.