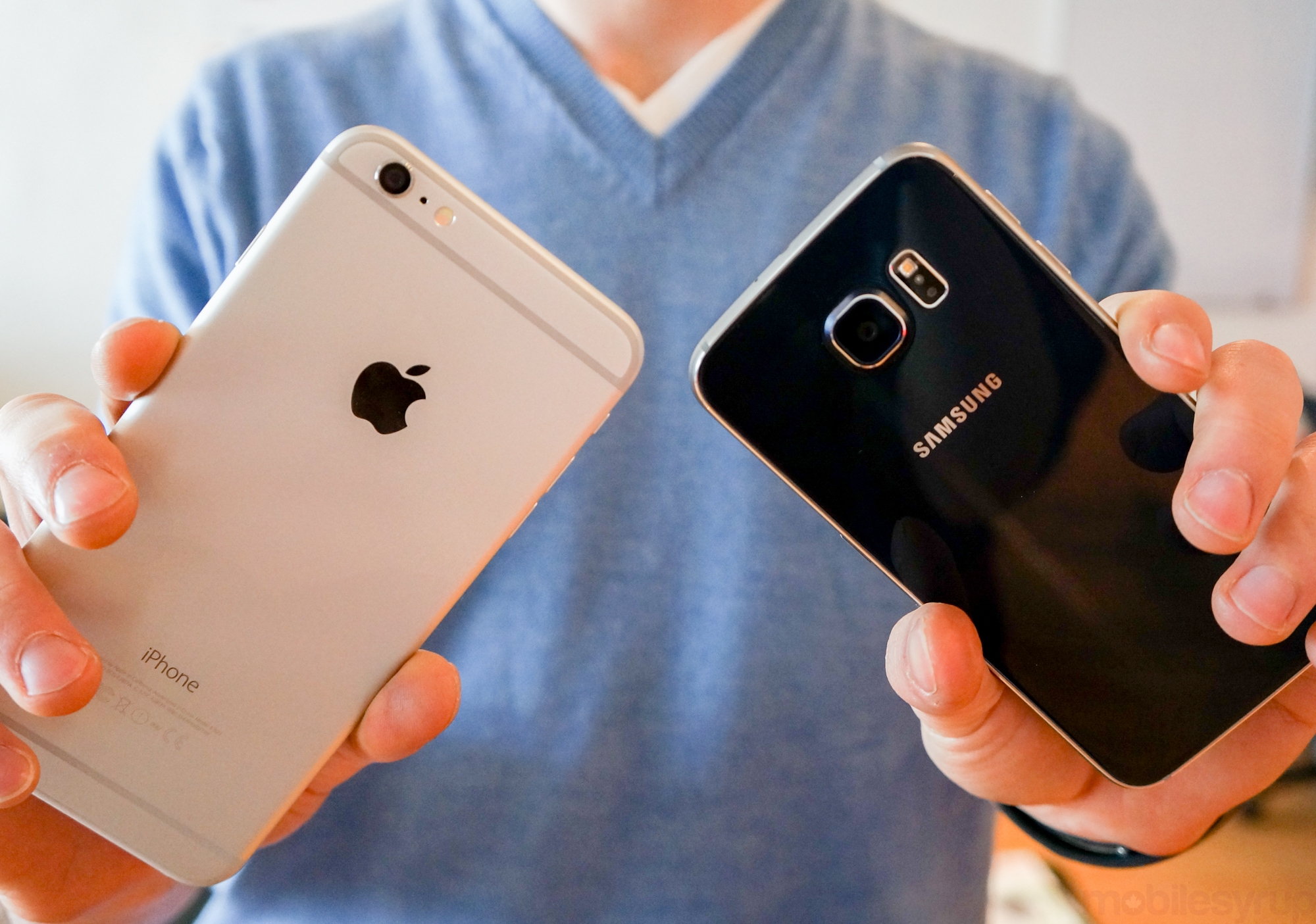 There’s no better way to compare two devices’ cameras than with a good old fashioned shootout.

The results are both surprising and reassuring. Both devices have fantastic sensors and high-quality optics, but each are superior in several categories depending on the lighting or subject.

Note: The Galaxy S6 has a wide-angle lens with a slightly wider and longer focal length than the iPhone 6 Plus. As a result, some photos taken from the same distance look like the iPhone 6 Plus was closer to the subject. 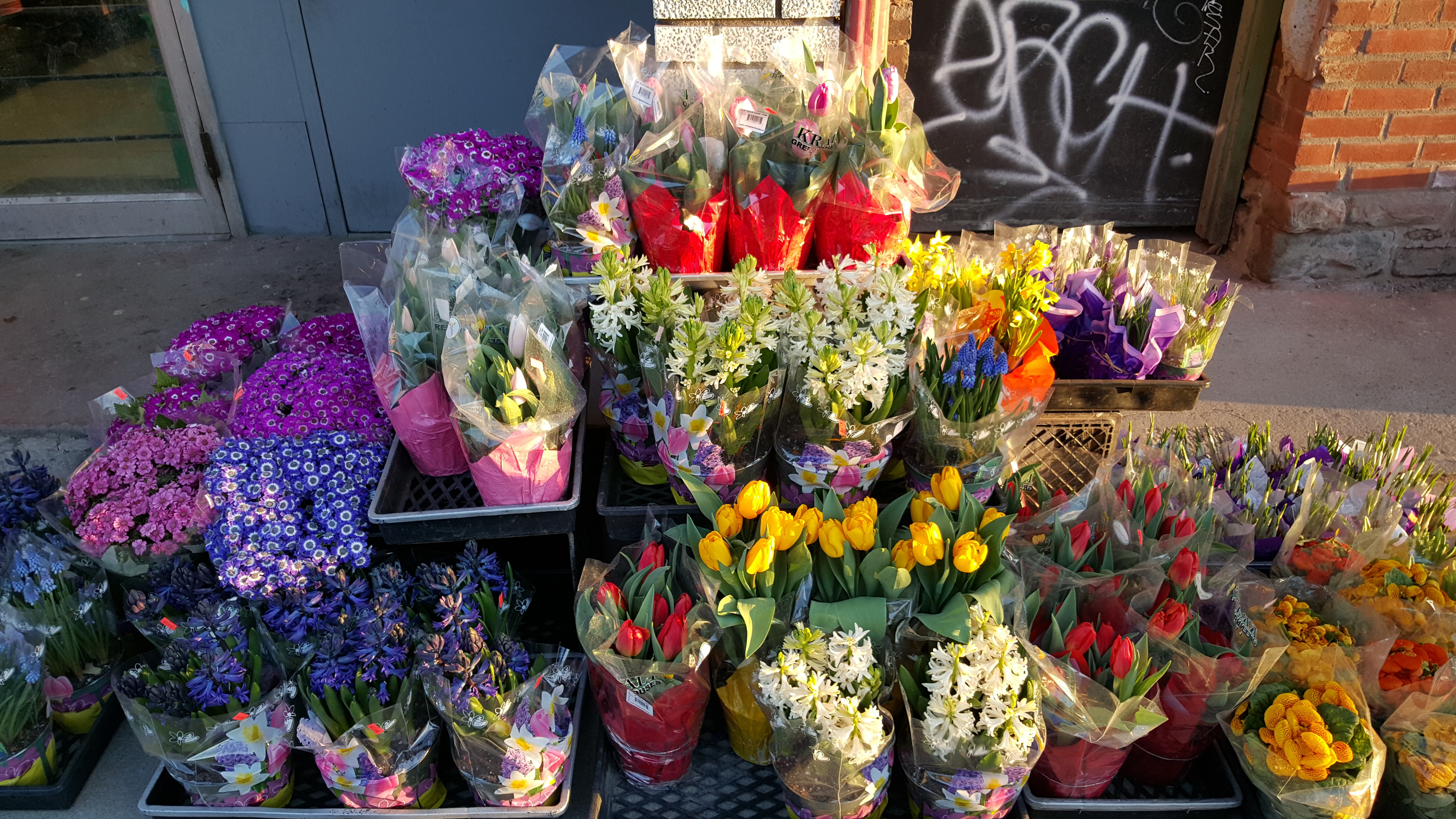 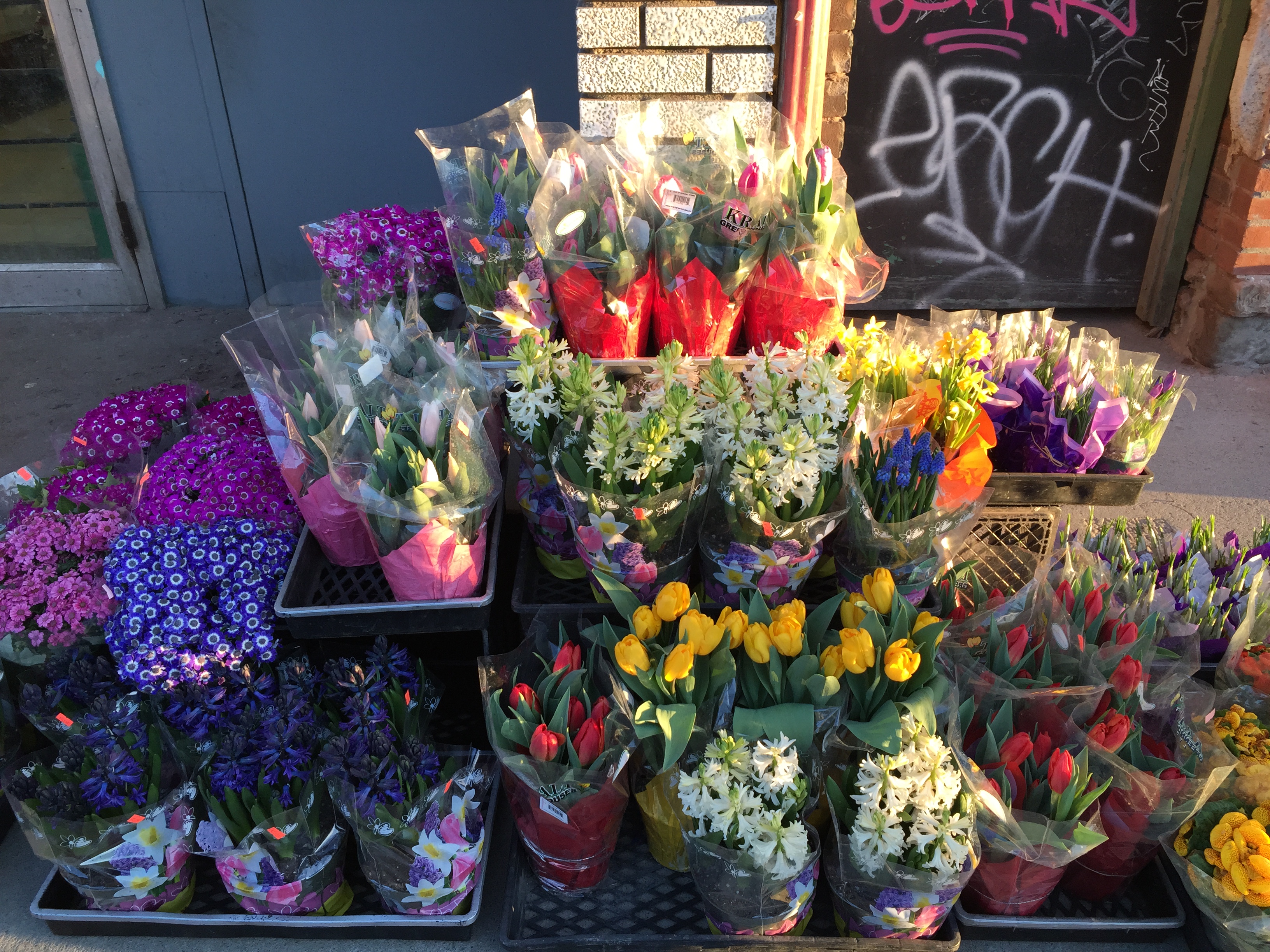 Both devices handle the variety of colours and shadow quite well. You’ll see this trend throughout the comparison, but the S6 manages colour quite differently than the iPhone 6 Plus — it tends to produce warmer hues, with reds and yellows emphasized next to the iPhone’s more neutral blue and green white balance. 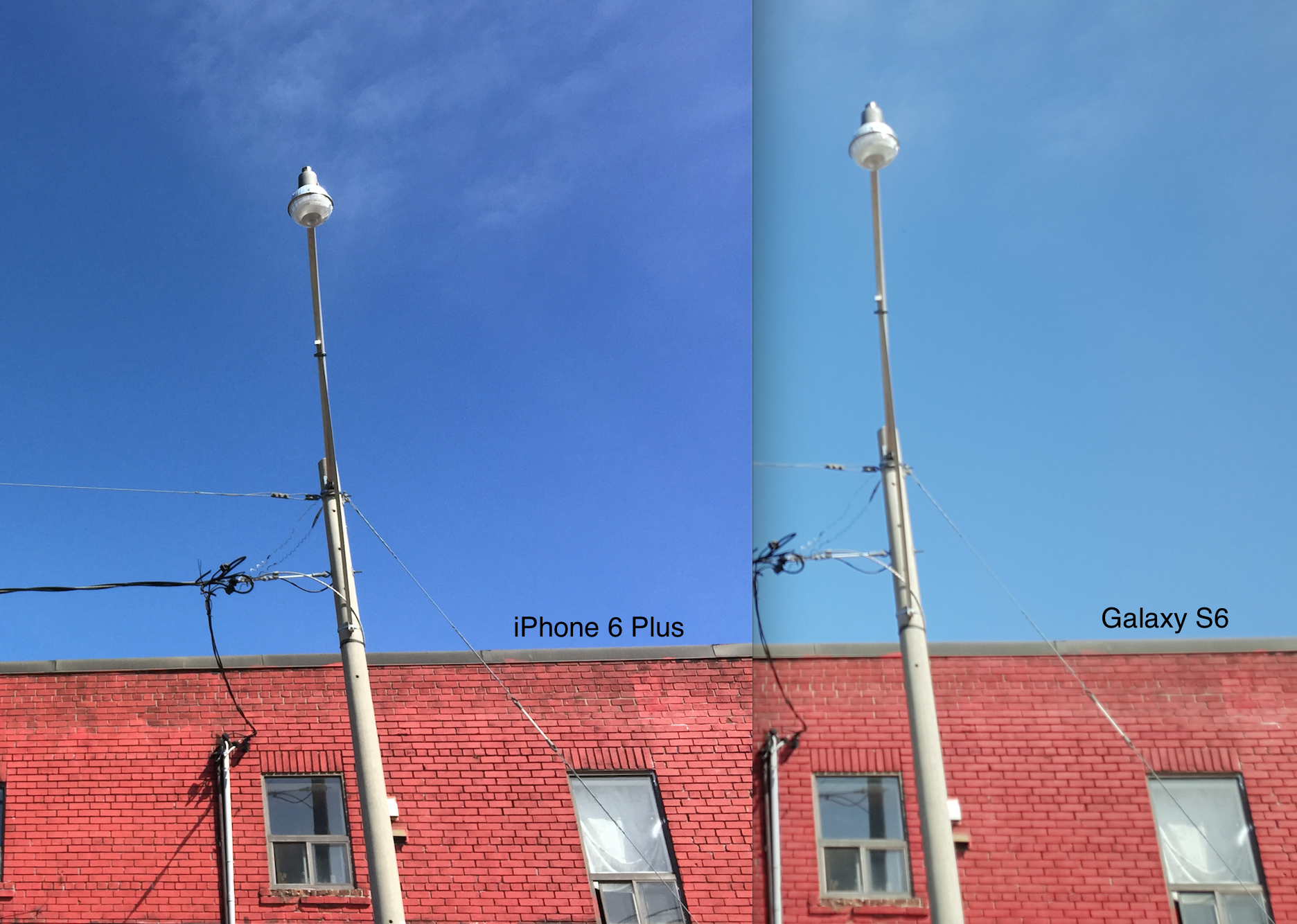 You can see this perhaps most starkly in the way both devices handle a simple daylight shot with a foreground subject, in this a red wall and street lamp, with blue sky background. I took the shot several times, in fact, but the S6 came out fuzzy every time.

The iPhone not only renders the blue sky more vividly, with a richer, more accurate hue, but you can see far more detail around the bricks themselves, which on the Galaxy tend to fade into one another. 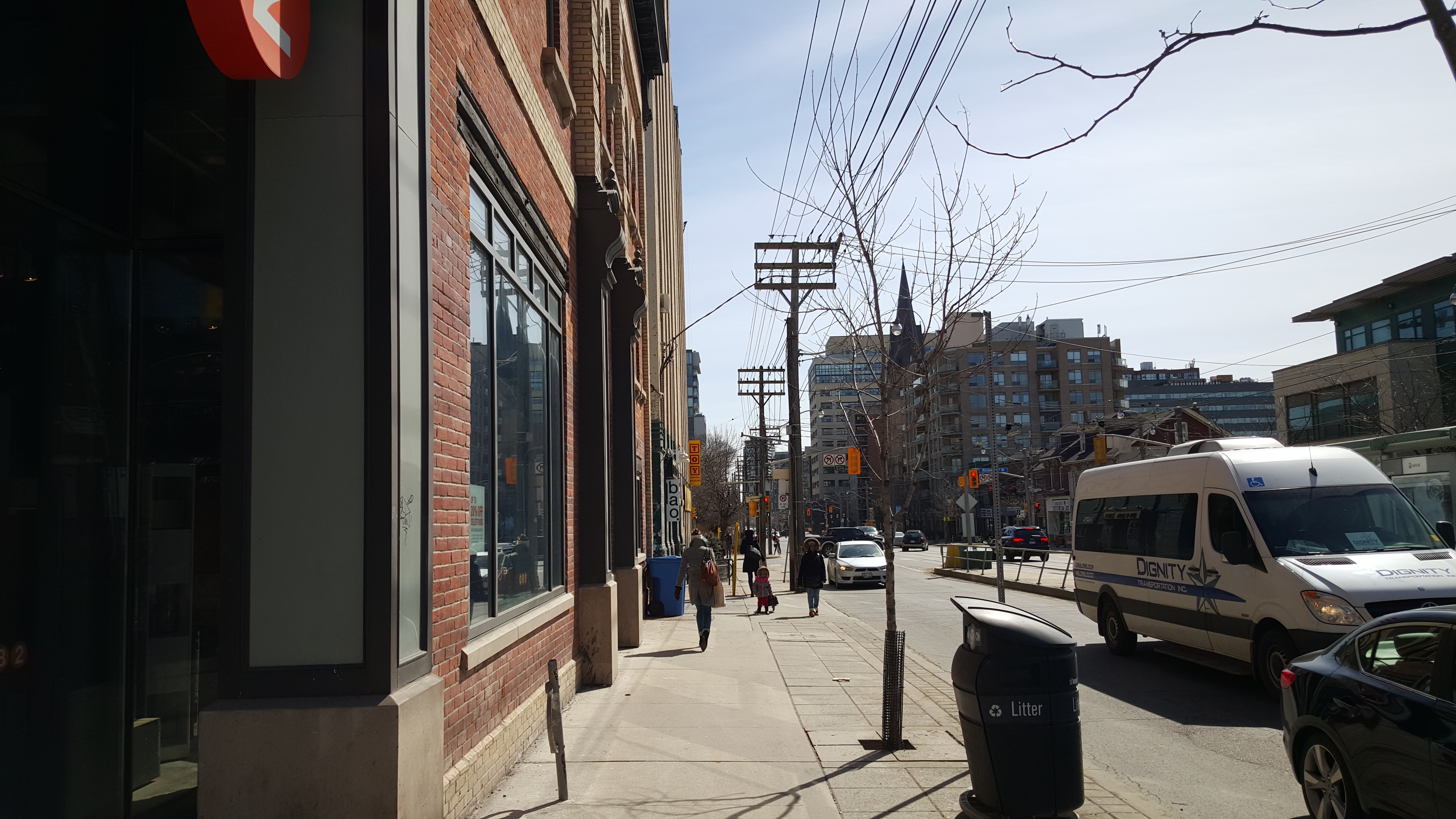 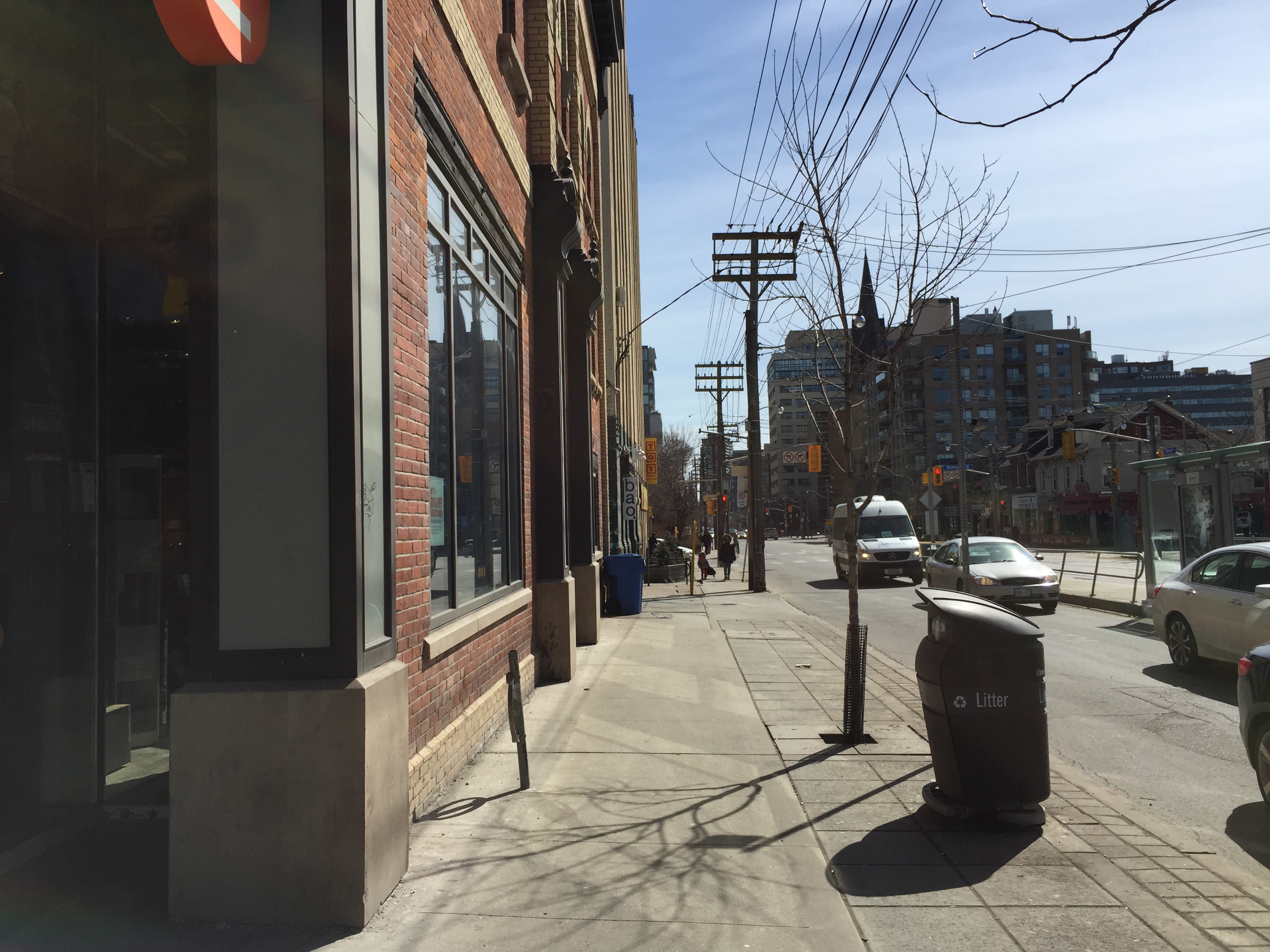 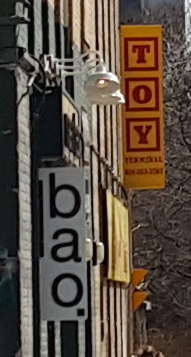 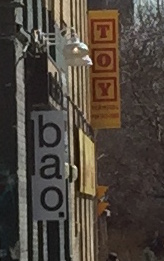 LEFT:
At an equal crop, it’s clear just how much more detail is captured from the 16MP rear sensor on the Galaxy S6: letters are more legible, and there is considerably less grain. The S6 does expose some of its sharpening — the white “halos” around the text — but as we’ll see in a future comparison, it’s a lot more subtle than on previous Galaxy devices. 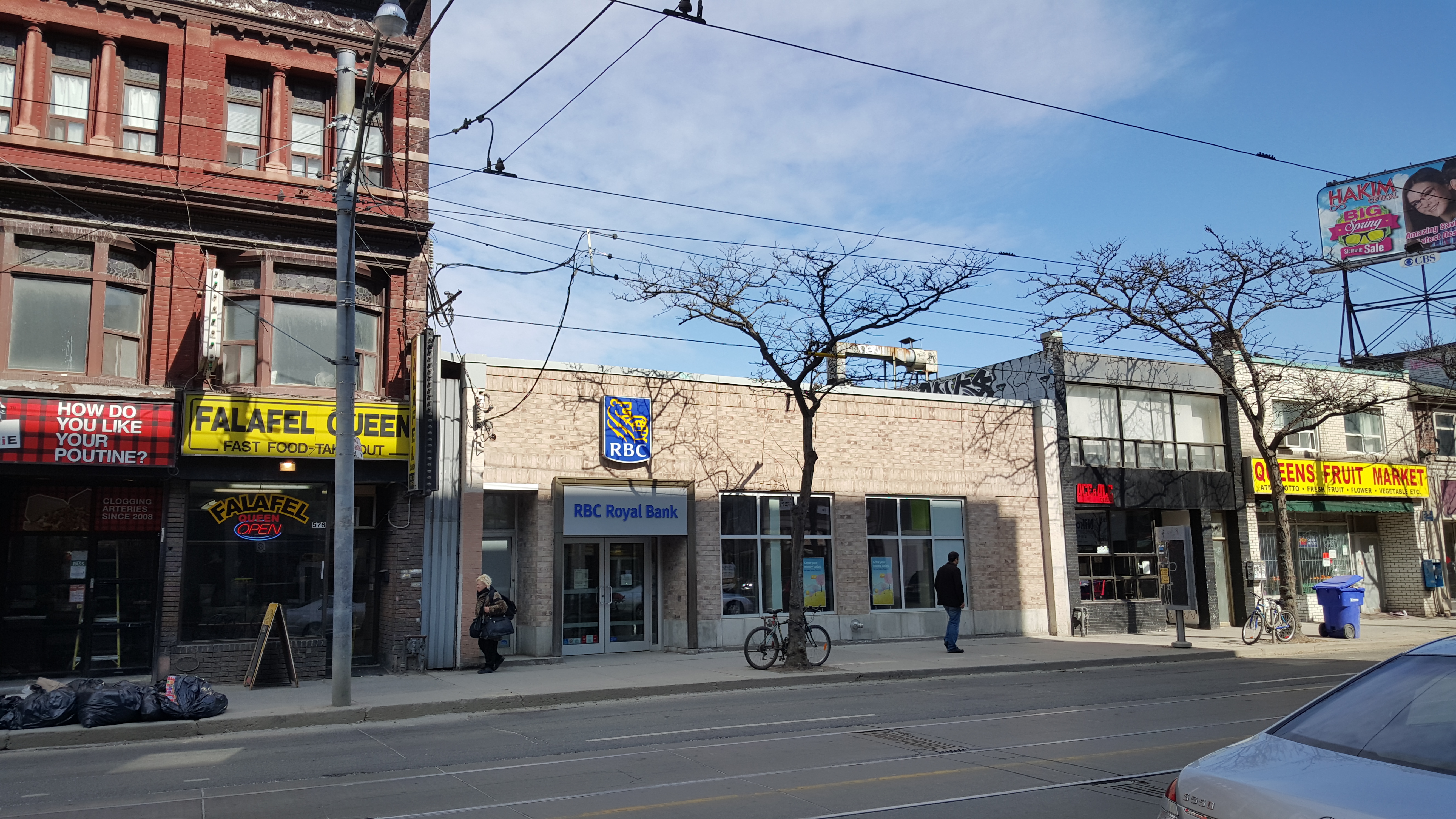 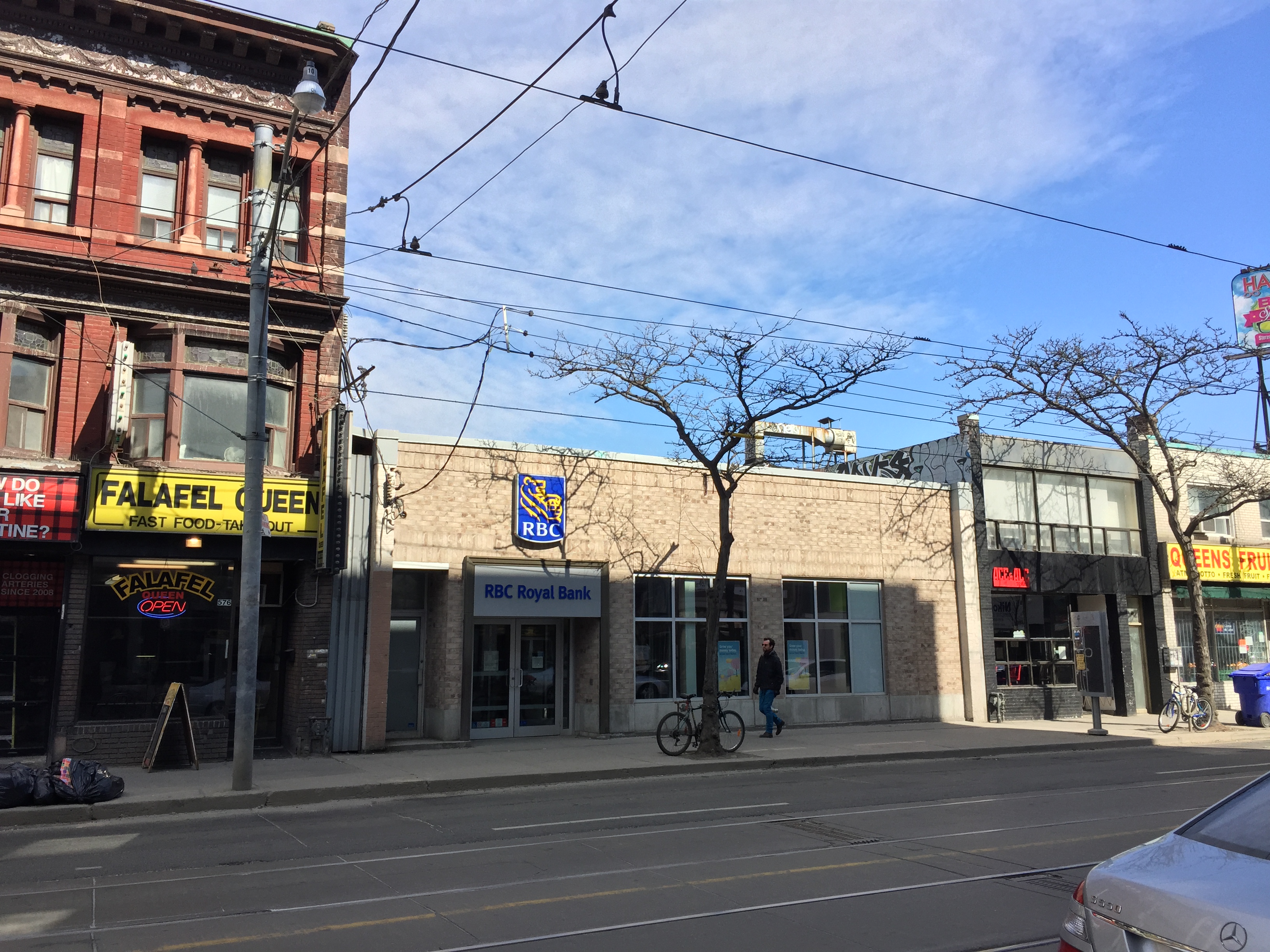 HDR works really well on both devices. The Galaxy S6 has a slight edge thanks to its higher-resolution sensor, as smaller details, like the branches on the tree, are more easily resolved. 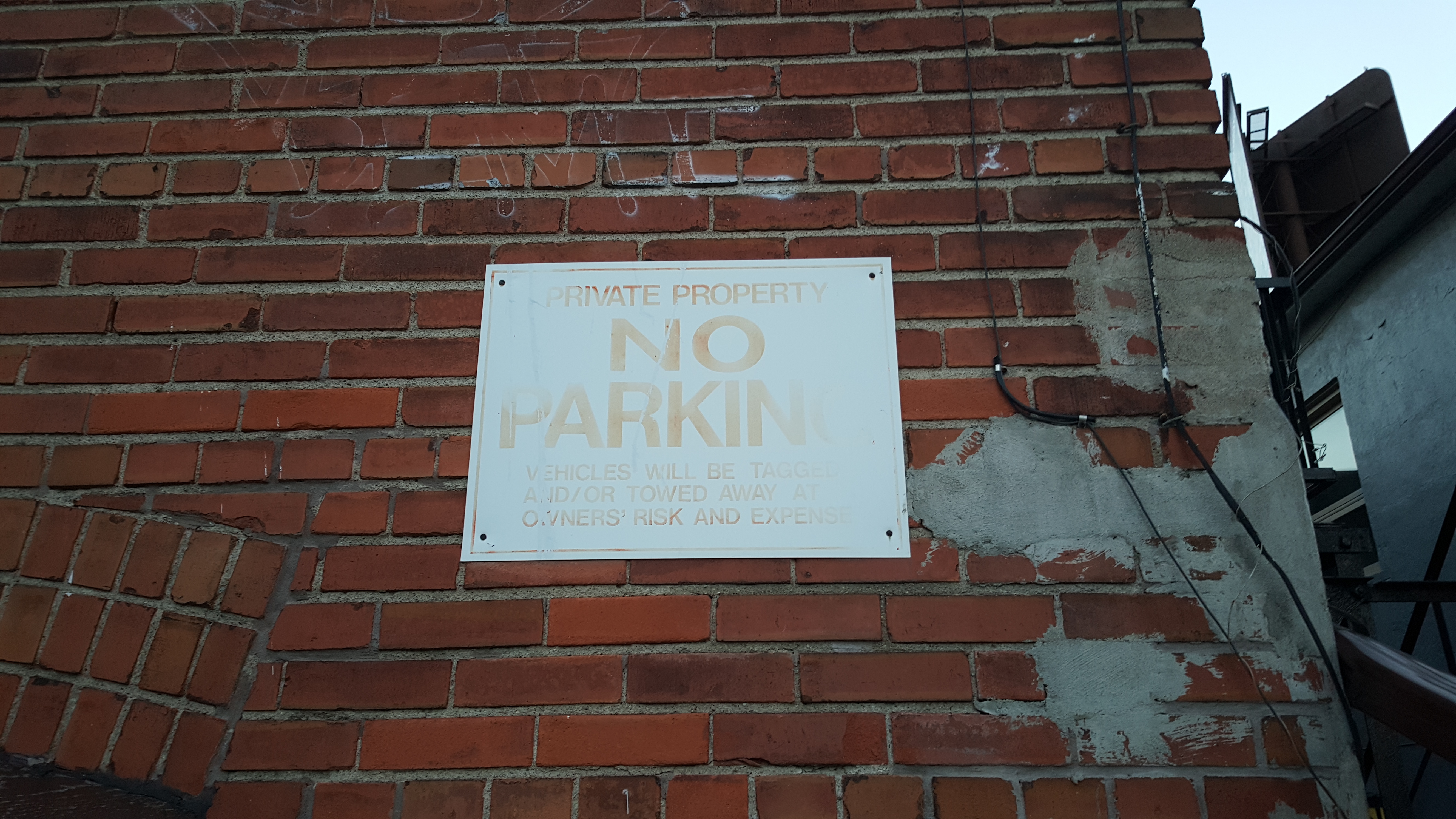 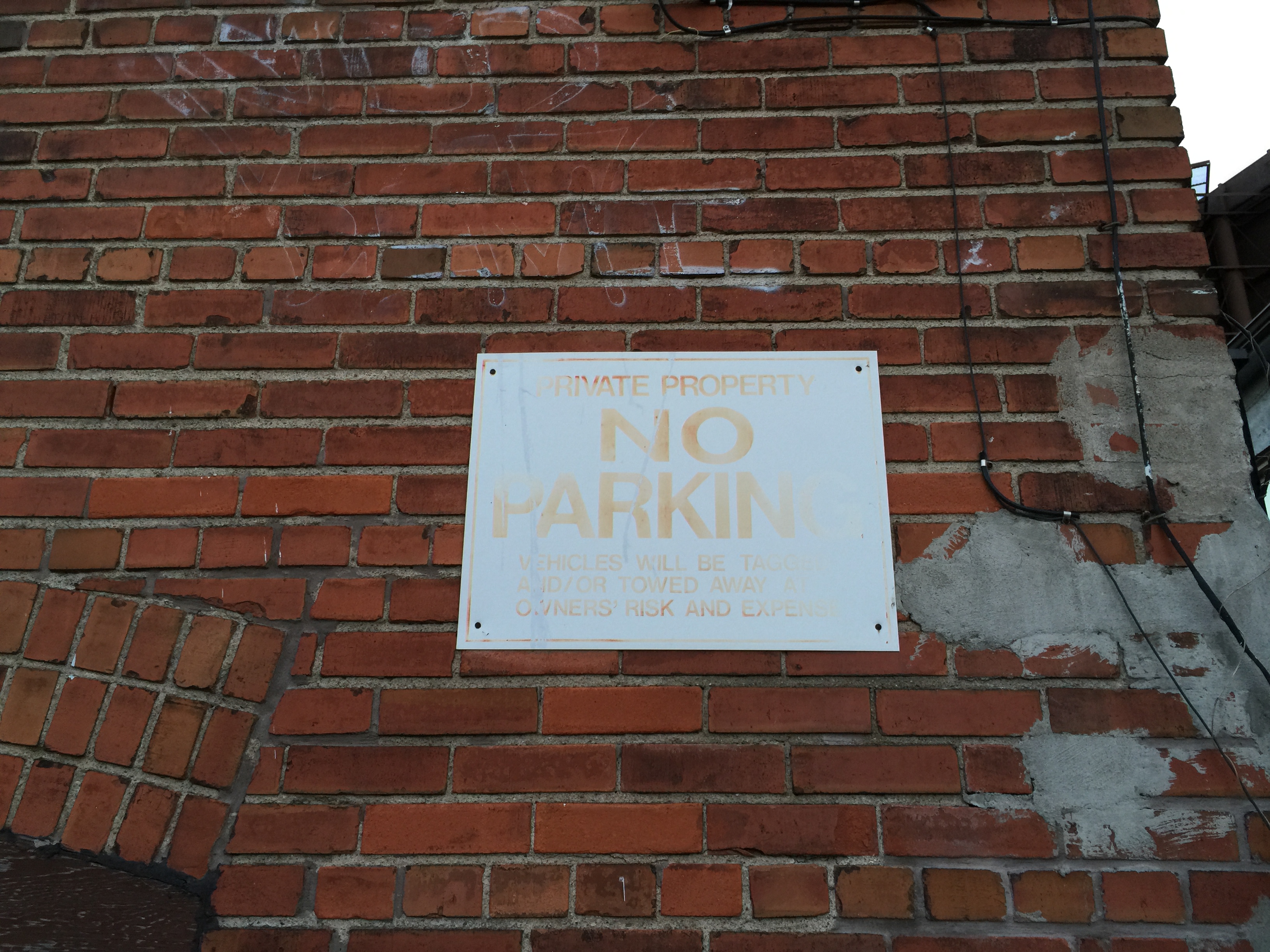 In this dimly lit outdoor shot, both devices perform well, but the Galaxy S6’s sensor picks up more detail, as seen in the clearer edges around the letters on the wall. 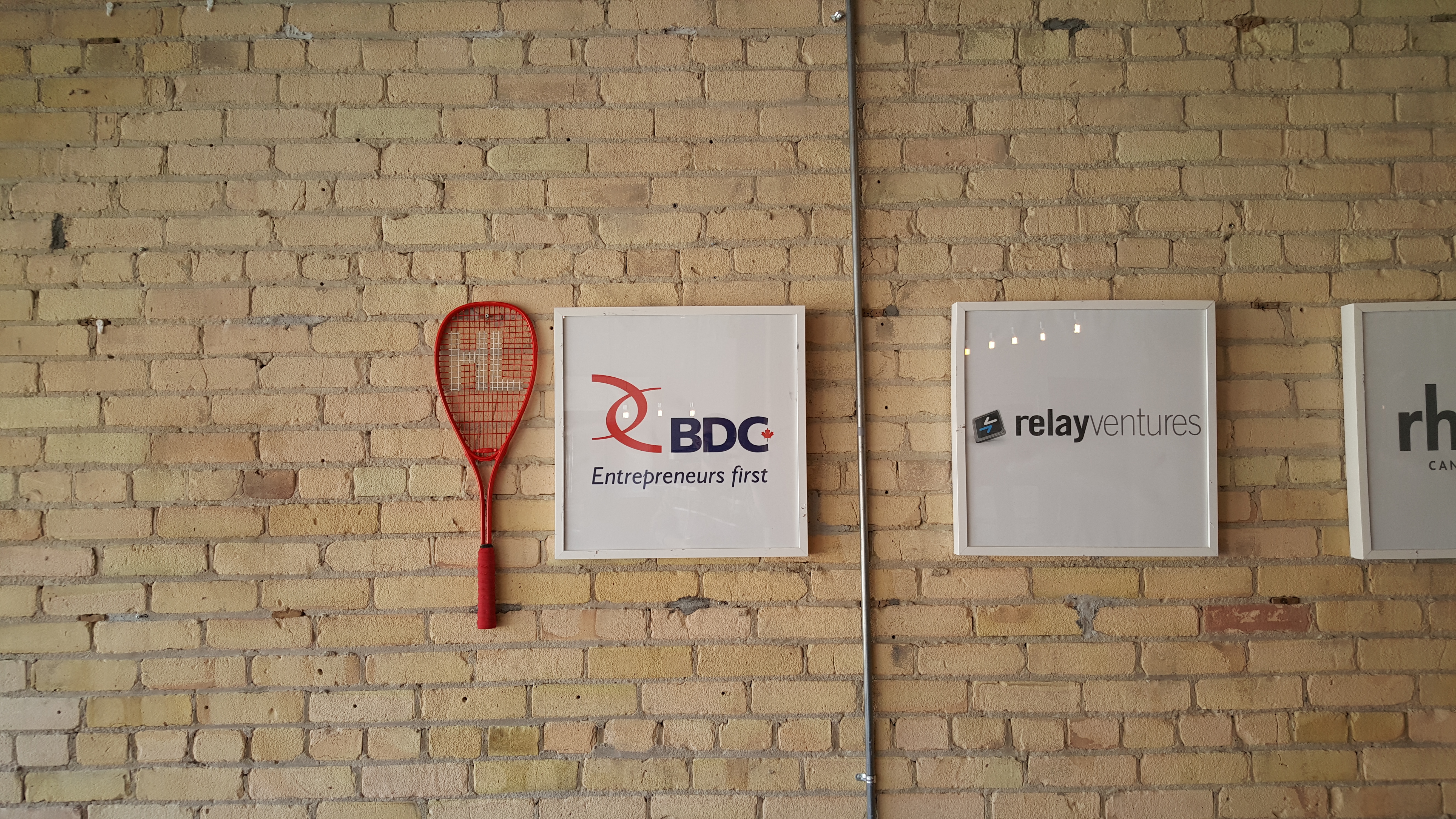 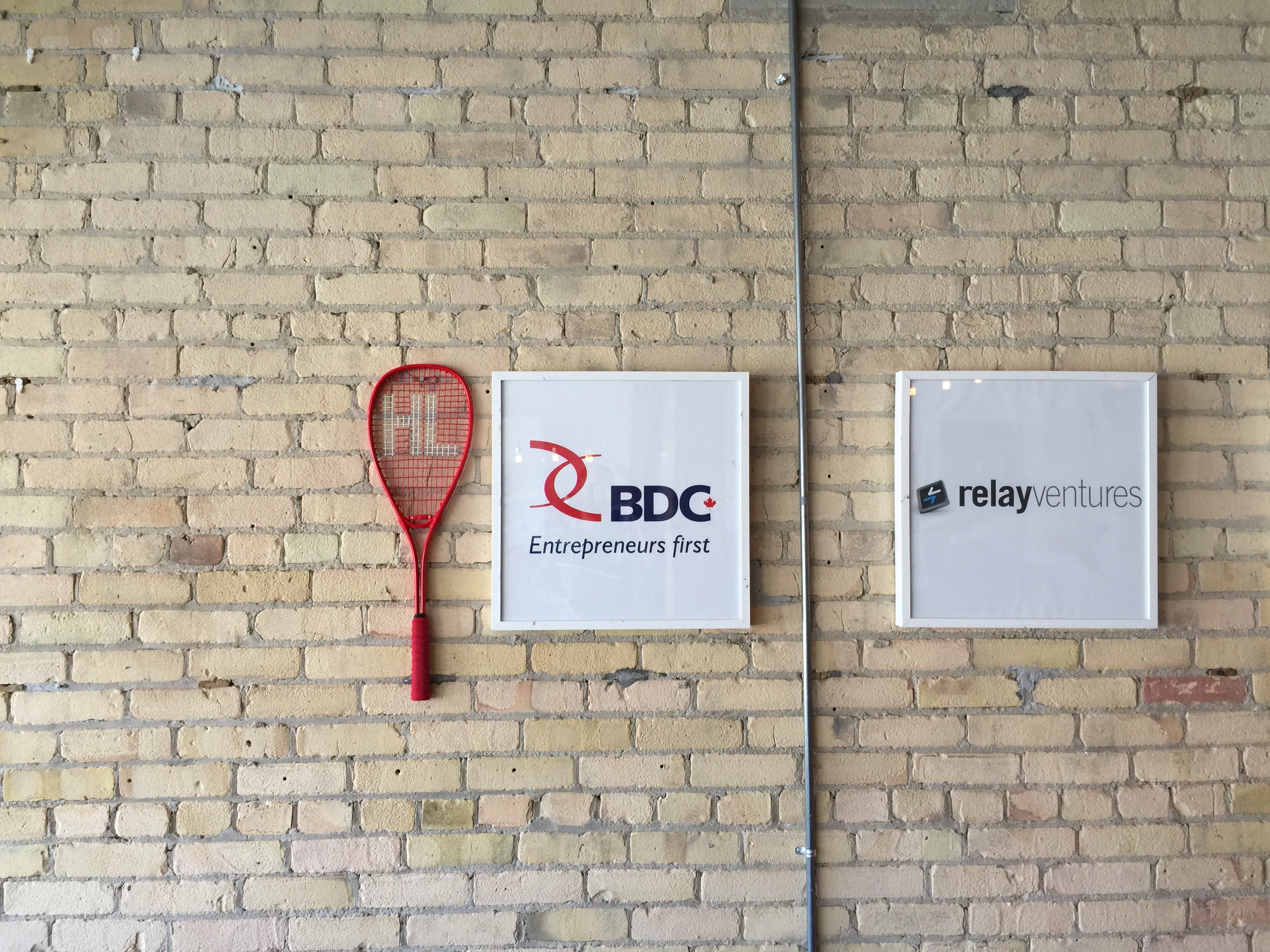 Moving indoors, we see the iPhone 6 Plus tends to handle the natural lighting a bit better, but it overexposes parts of the wall, resulting in a less pleasing photo than the Galaxy S6. 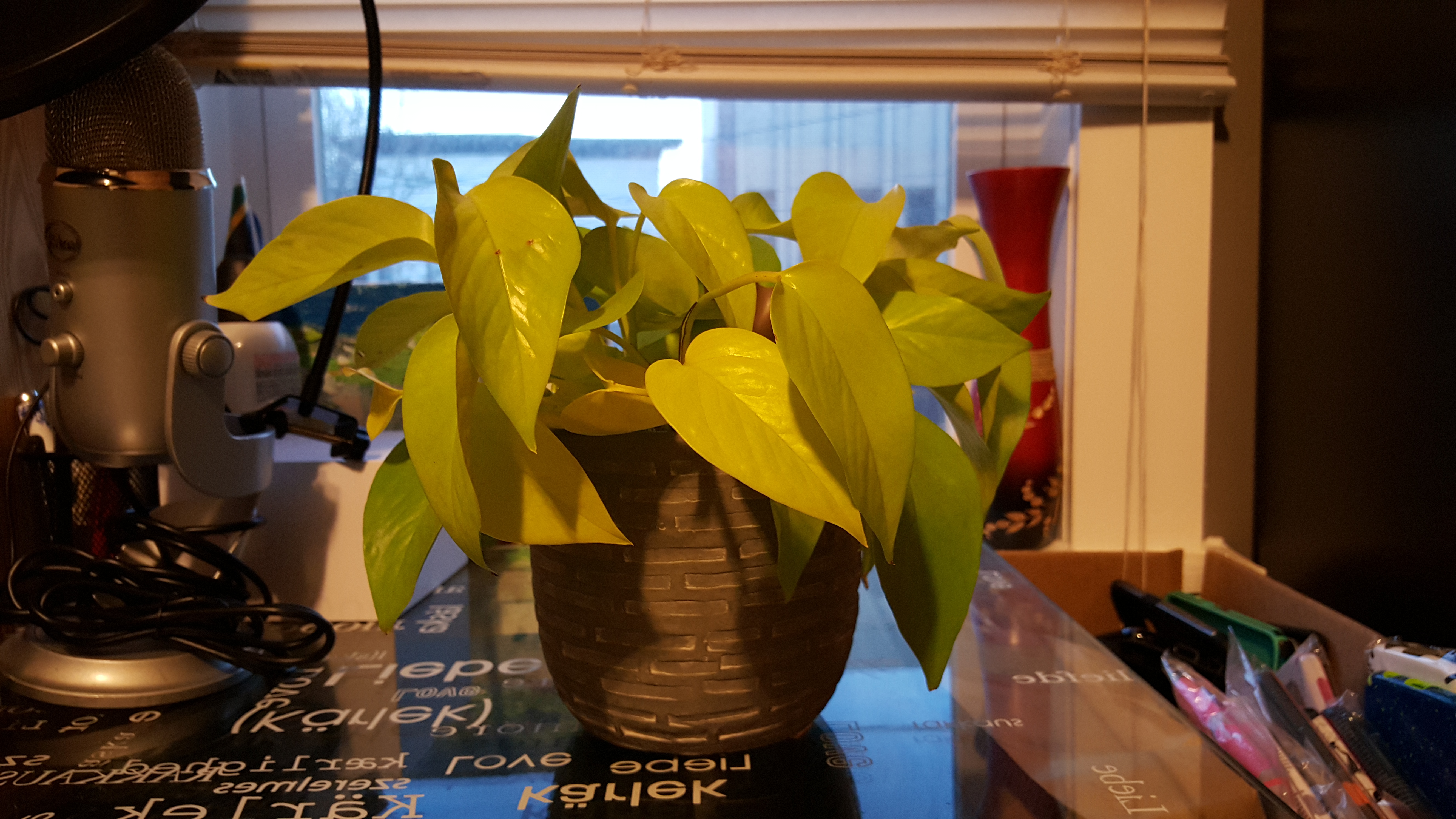 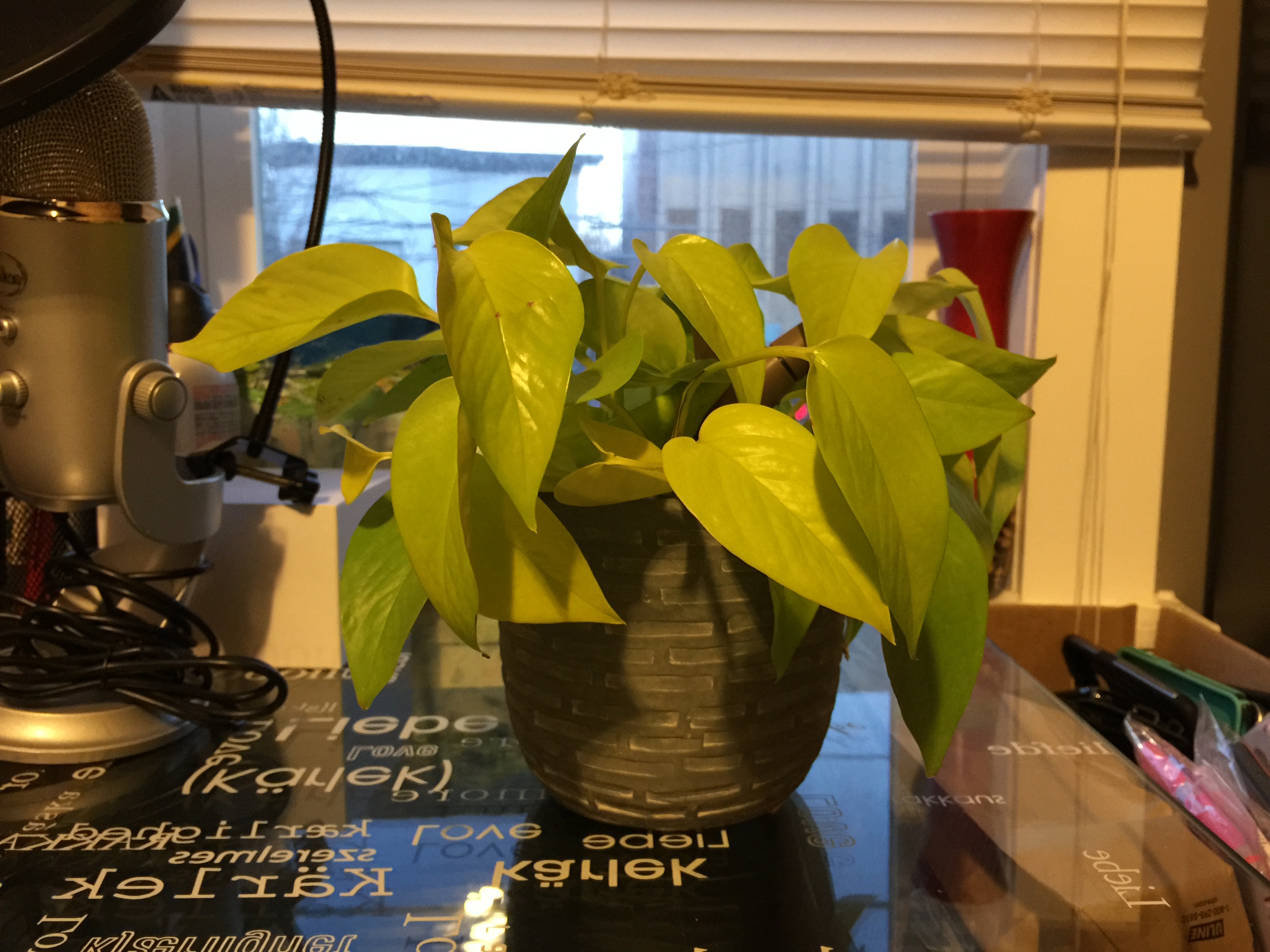 The Galaxy S6 impresses with the amount of detail it captures, but is once again felled by its overly-warm white balance, which emphasizes reds and yellows over the greens and blues in the scene. 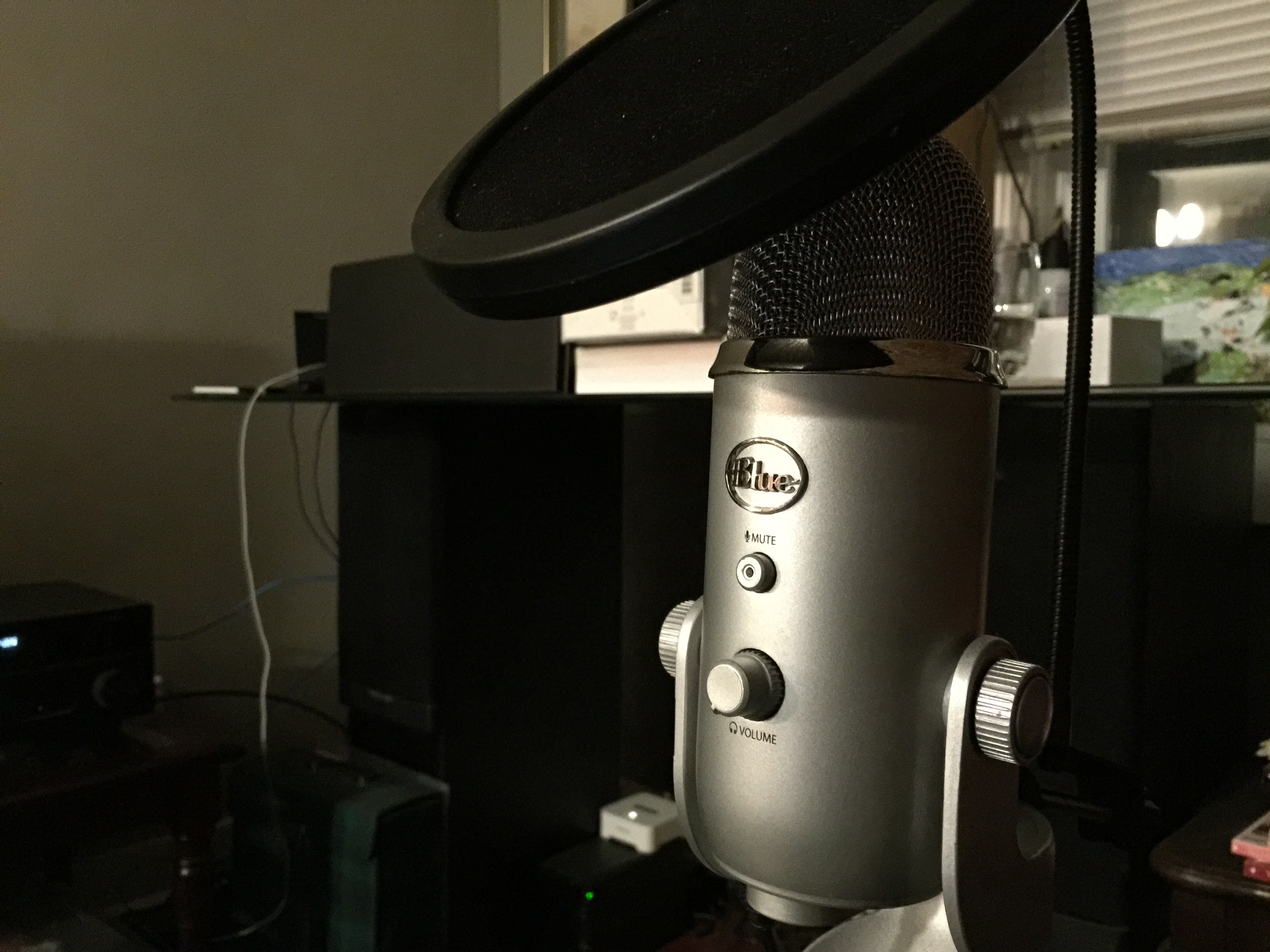 The limitations of the Galaxy S6’s sensor begin to show itself in this low-light indoor shot. The iPhone 6 Plus keeps its shutter open longer — 1/4 second — and limits the ISO to 500, with little apparent grain.

While the Galaxy S6 doesn’t expose EXIF data for low-light shots, the phone tries to find a balance between exposure time and sensitivity. We see less grain in the background than the iPhone, so ISO is likely around 400-500, but the the microphone and its surroundings are darker, likely because the Galaxy limits low-light shots to 1/10 second. 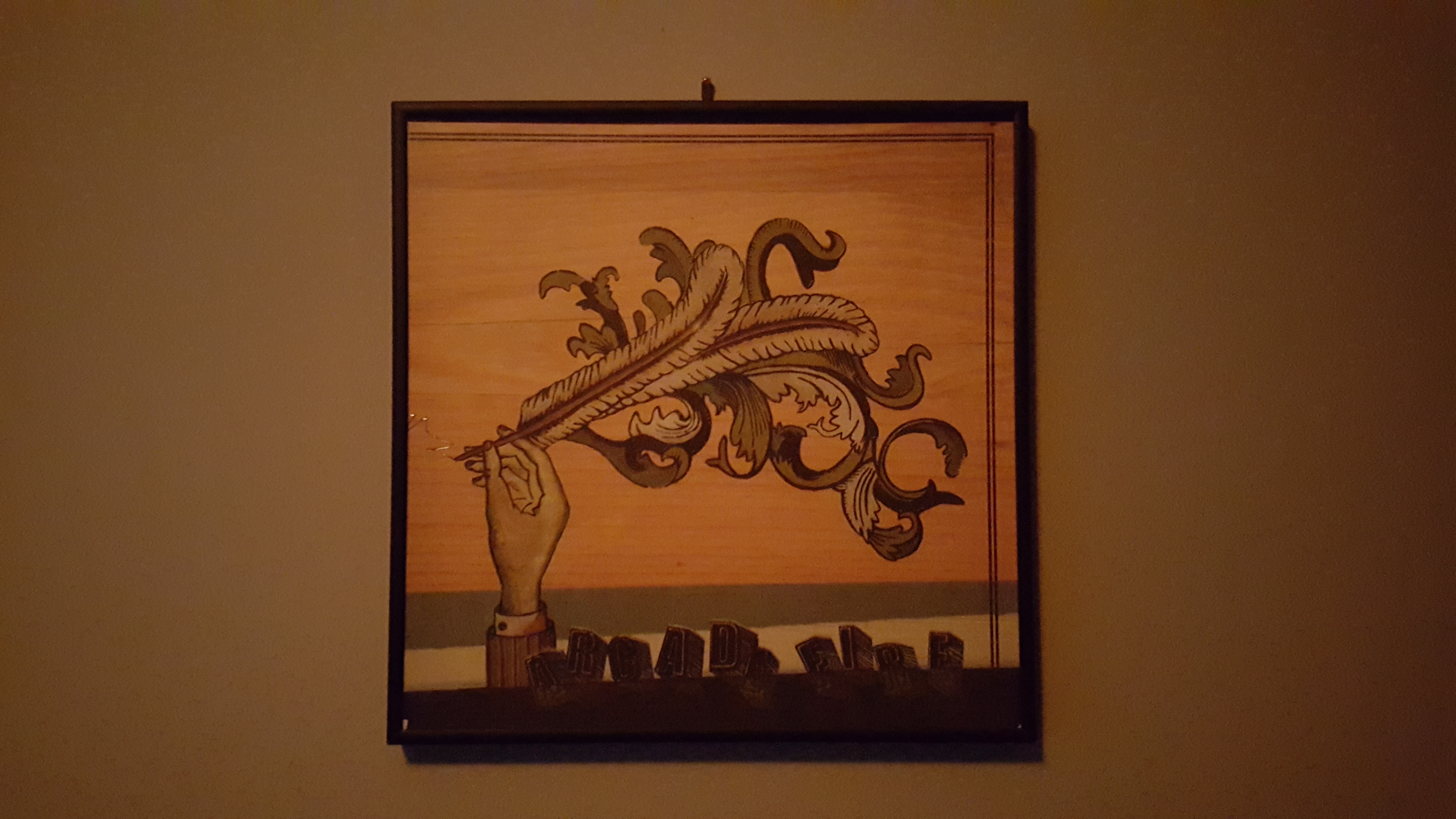 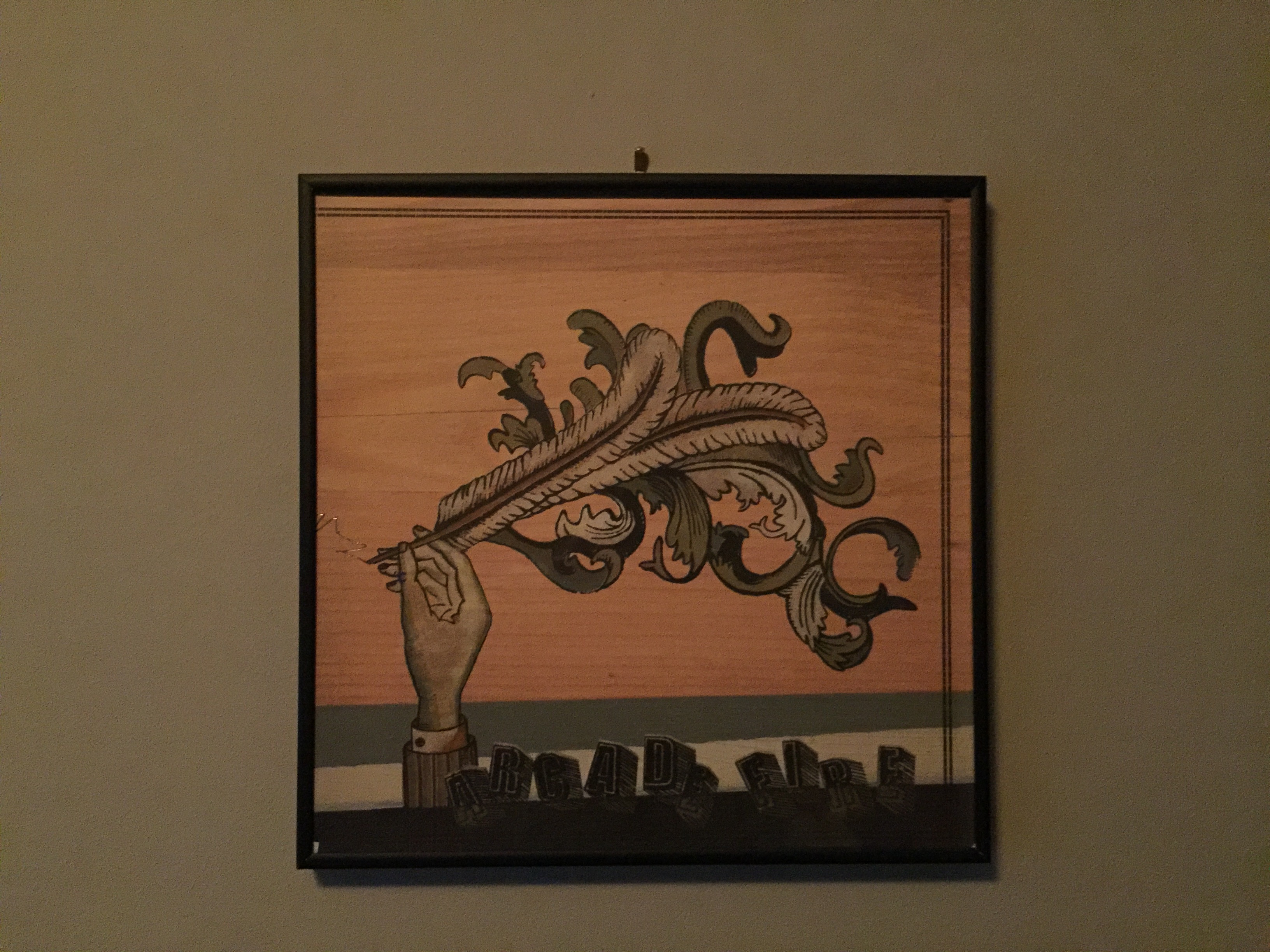 Possibly one of the Galaxy S6’s worst showings, this low-light indoor shot highlights just how inconsistent the camera’s auto white balance is. 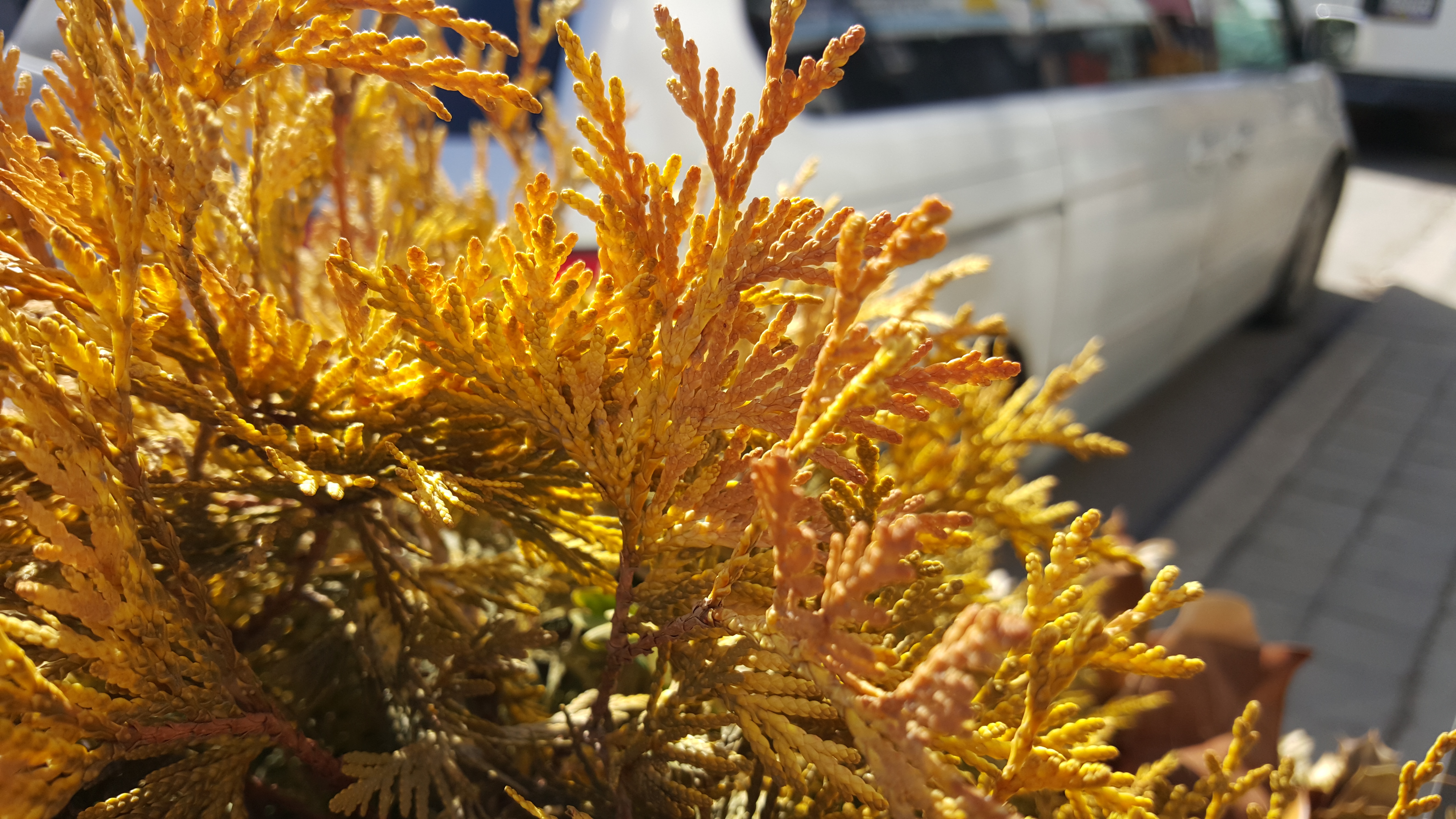 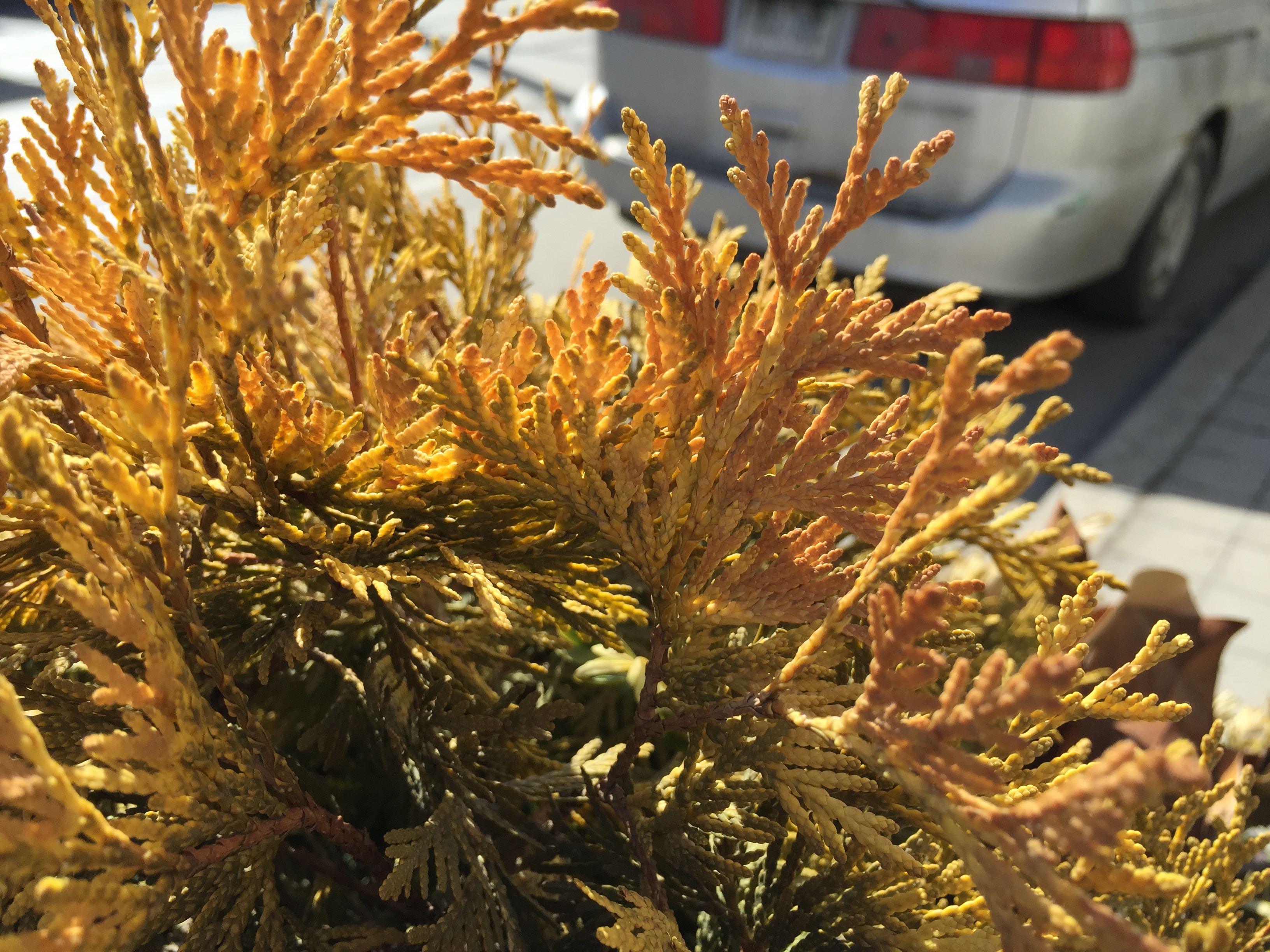 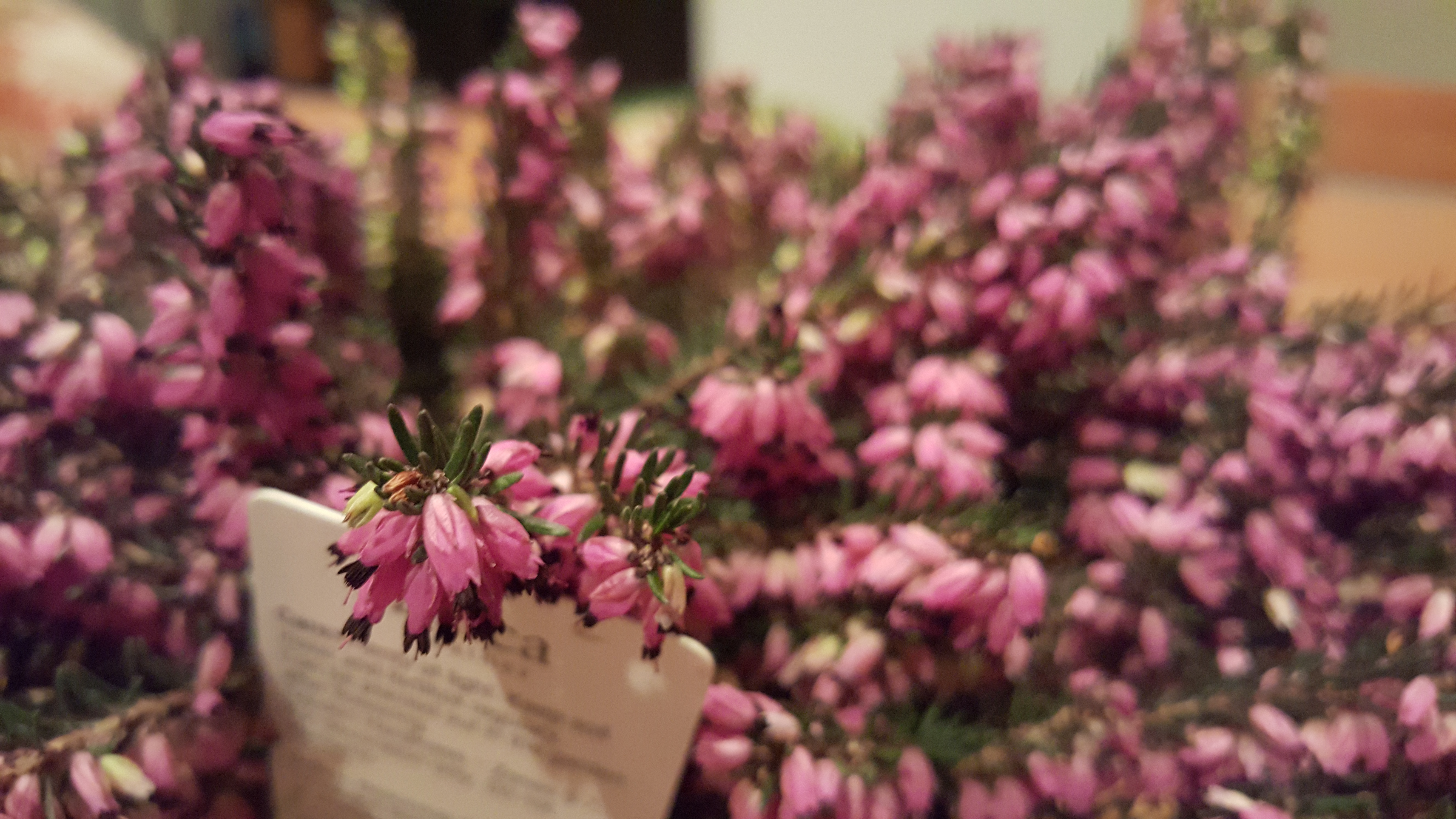 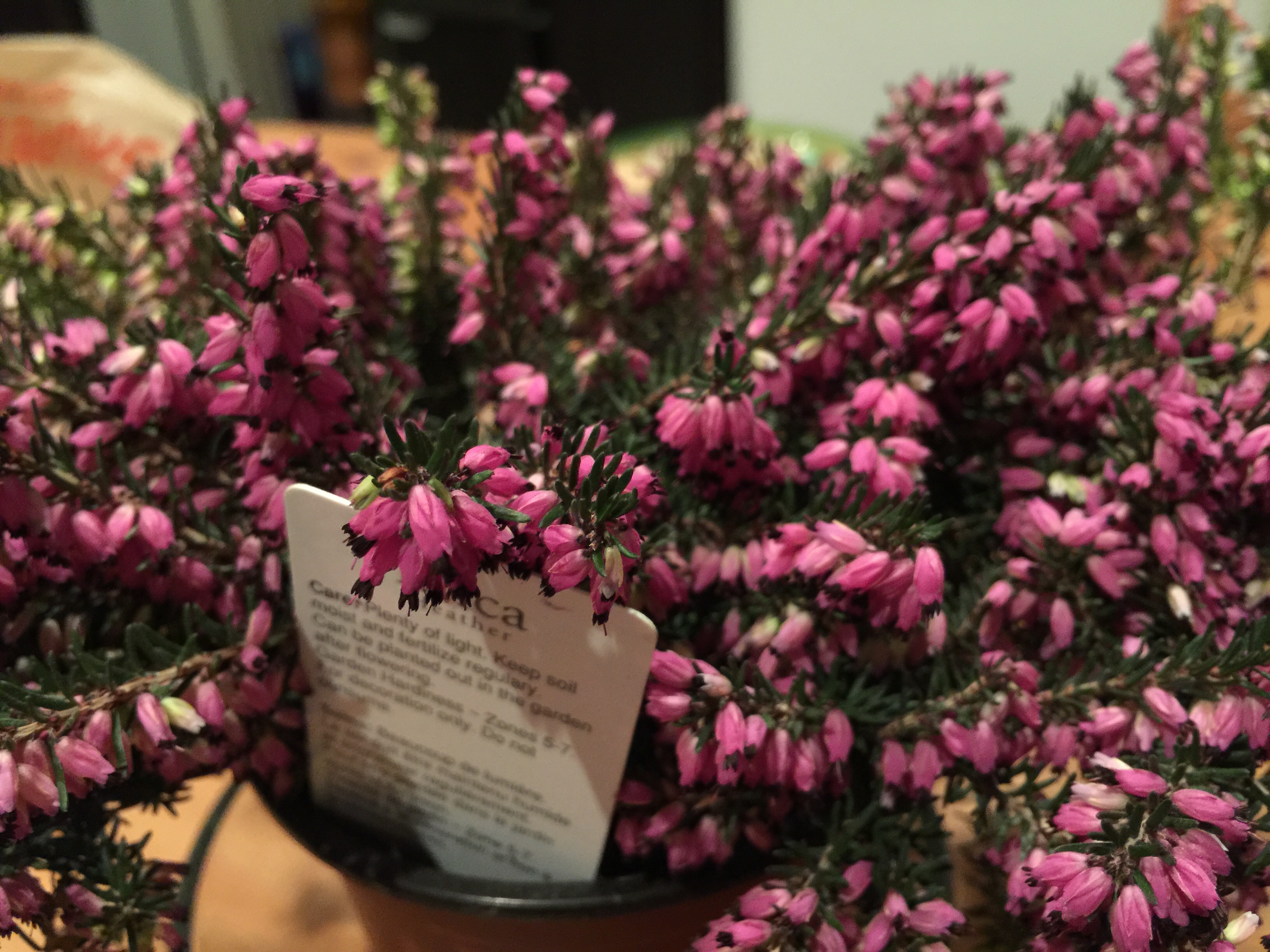 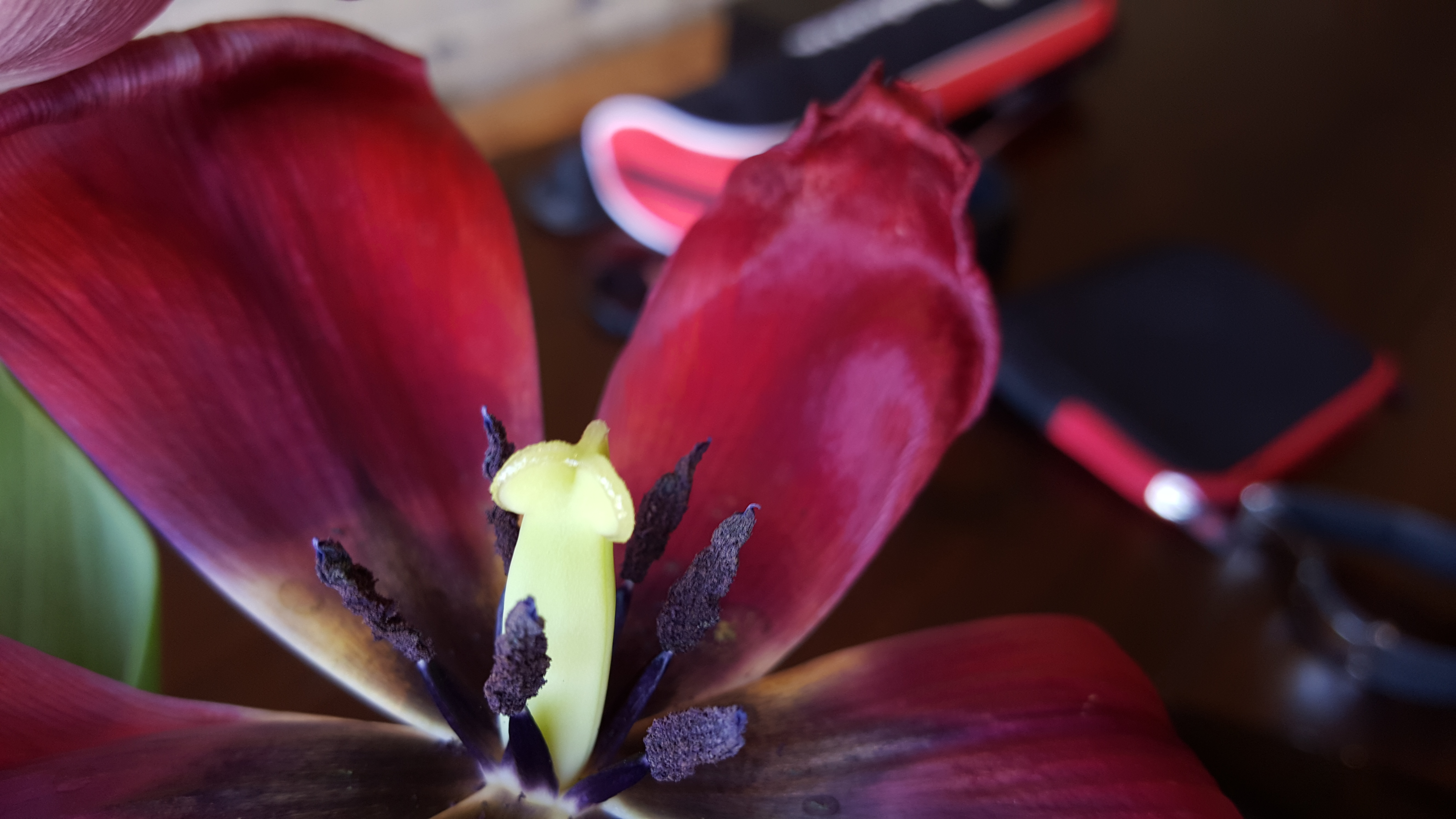 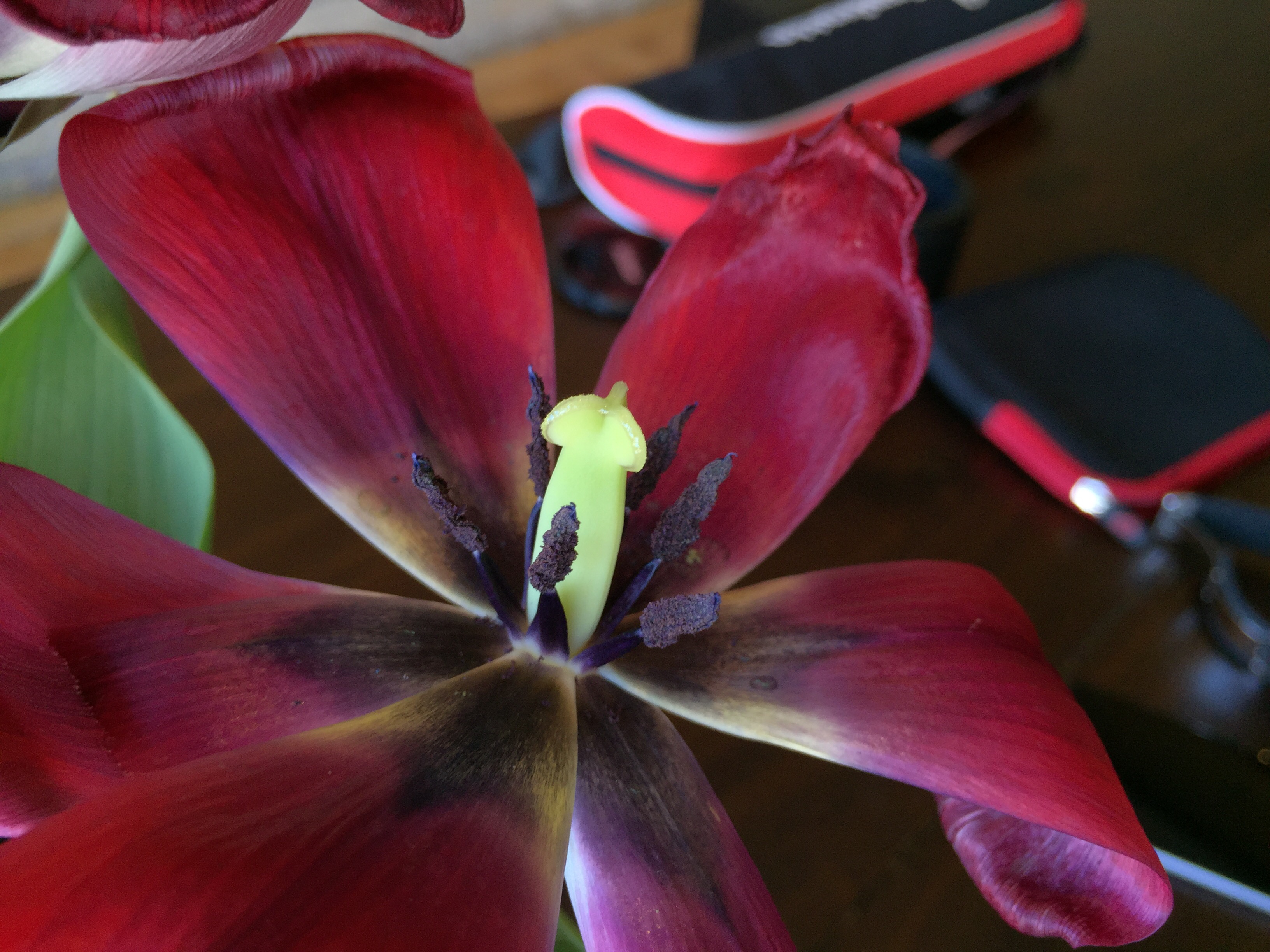 The Galaxy S6 uses its fast lens and extra spatial resolution to capture some phenomenal outdoor photos. Colours are accurate and generally well-balanced, with an emphasis on reds and yellows.

While the iPhone 6 Plus errs on the side of more natural, neutral tones, and produces clean, pleasant shots in the process, its 8MP sensor is often a limiting factor when trying to capture the expansiveness of a landscape. It does have the advantage of being able to better differentiate a particular subject, though.

In artificial light, the Galaxy S6 struggles with white balance, but produces photos with more detail and low amounts of grain.

The iPhone continues to better expose its subjects, with white balance that is more neutral and forgiving.

While the Galaxy S6 is a big improvement over its predecessor, the 1.2um pixels in the 16MP sensor are no match for the iPhone’s 1.5um pixels. Despite a wider lens that lets in more light, the Galaxy S6 still struggles to differentiate between subjects, and there is heavy vignetting at the corners of the lens. White balance is also an issue for the Galaxy, though it can be corrected in post.

The F1.9 lens in the Galaxy S6 affords it a unique ability in the smartphone space: real depth of field. While this effect may not be to everyone’s tastes (and can be manually changed through the Galaxy’s Pro camera setting), the effect with macro shots is just wonderful.