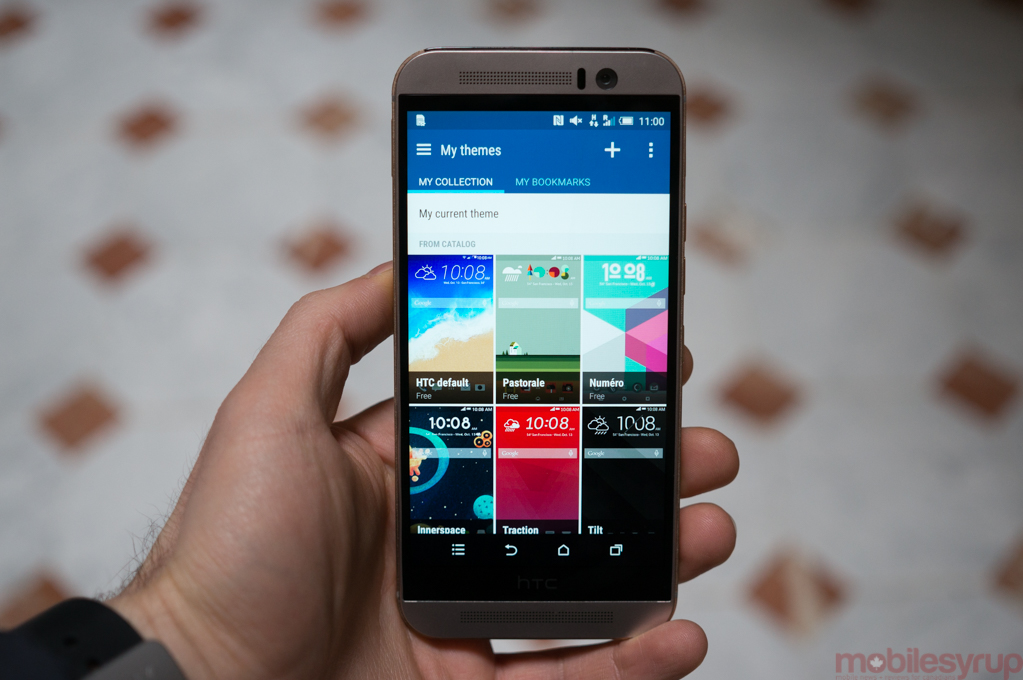 HTC’s new M9 has a bunch of interesting features, but one of best, and best implemented, is the new Theme Engine, which allows users to download custom themes, generated at first from HTC and eventually from a user community. 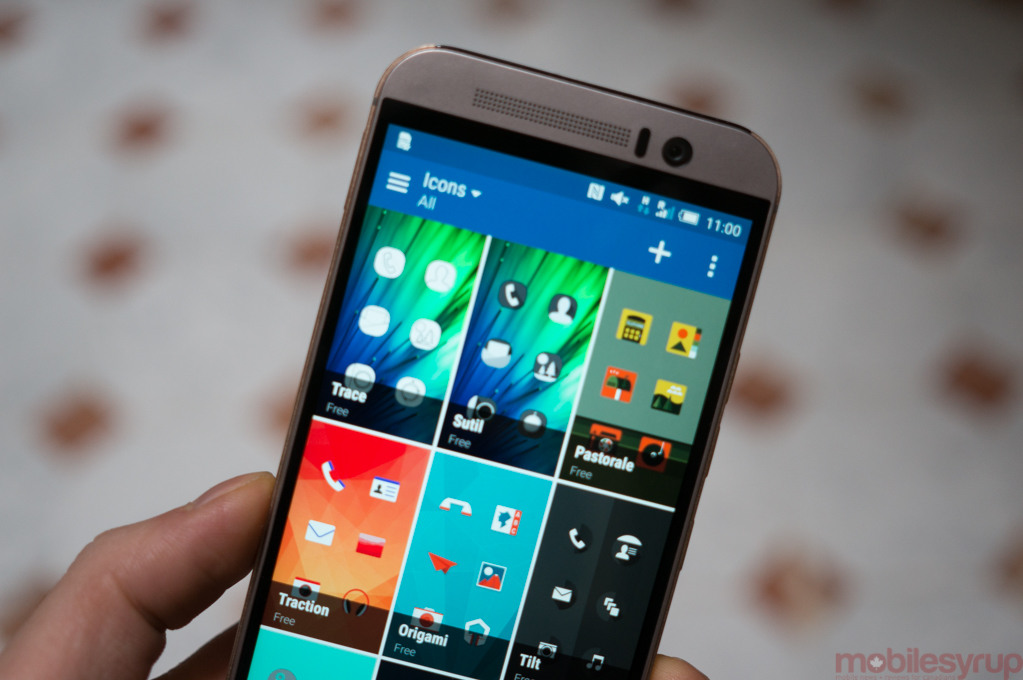 The idea of a theme engine isn’t new, but HTC has taken the idea beyond what any OEM has previously done on a pre-load: automatically generating themes based on photos on the device. 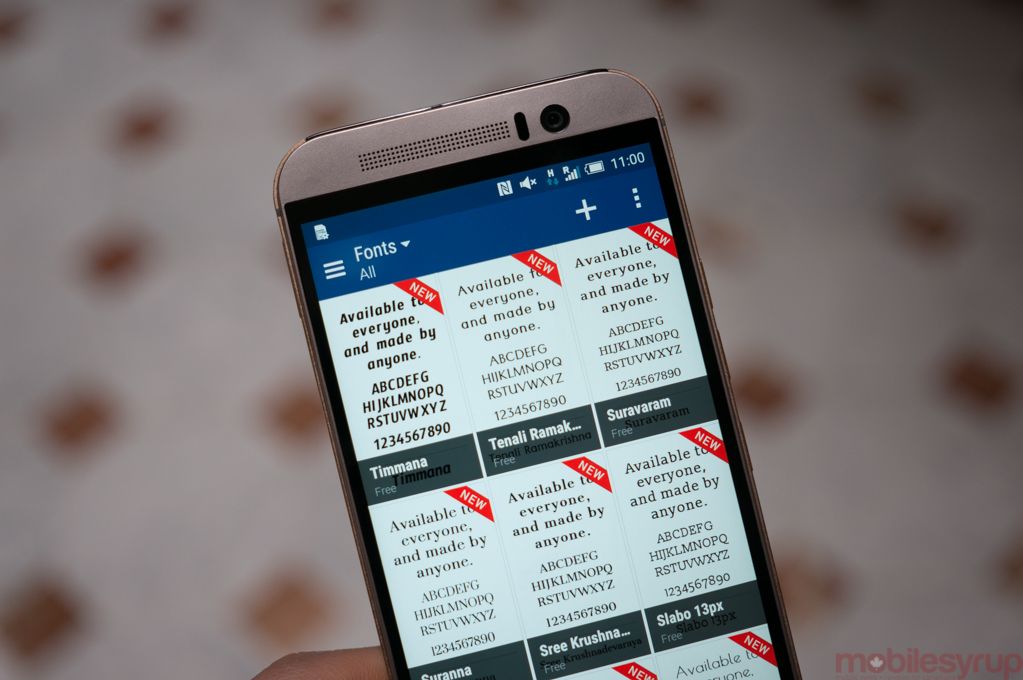 Using the Theme Engine is as easy as opening the Themes app in the Sense Launcher, or by tapping on the word ‘Theme’ in the editing portion of any photo.

HTC uses algorithms to generate colours, fonts, textures and icon packs based on the properties of a cropped photo, the end result of which is used as a wallpaper for that theme. 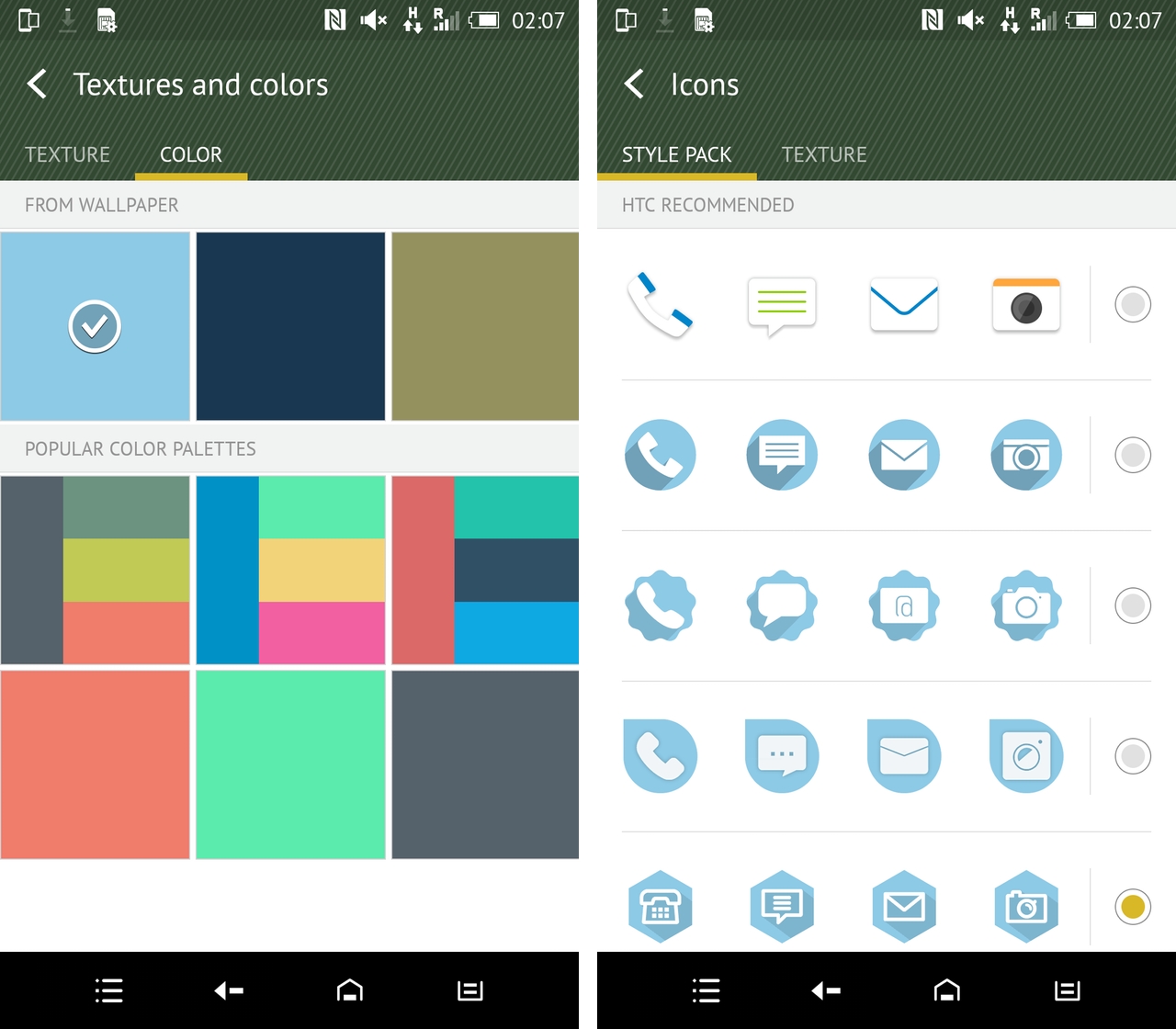 The goal is to have a number of pre-set themes that can be customized upon activating to suit a particular user’s tastes. After the launch of the M9, HTC plans to open a web-based portal where users can design and release, for free at first but eventually for revenue, custom options. 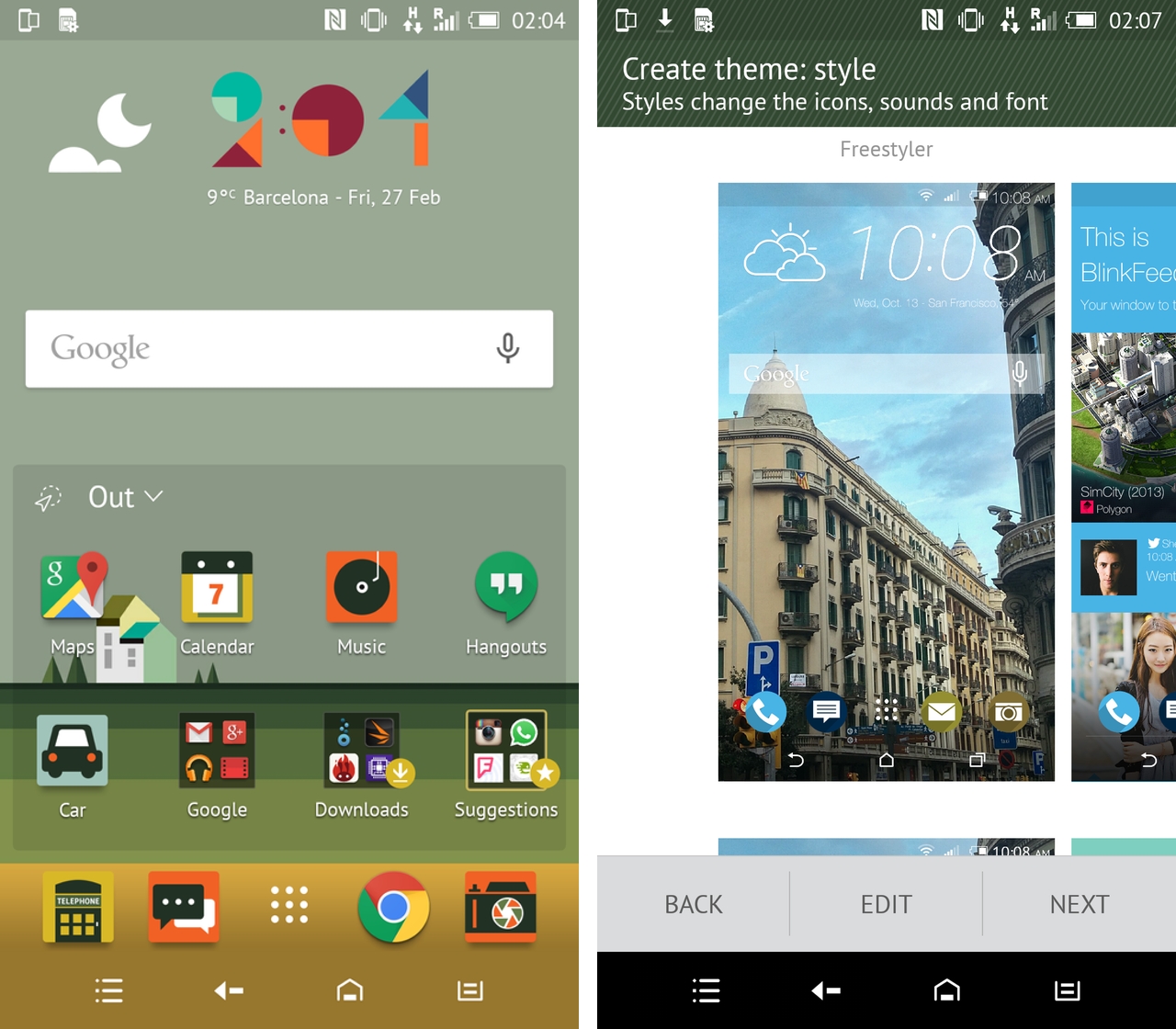 Some of the themes I tried were a bit garish or cartoon-like for my tastes, while others were minimal and tasteful; both completely changed the way the device looked and felt. 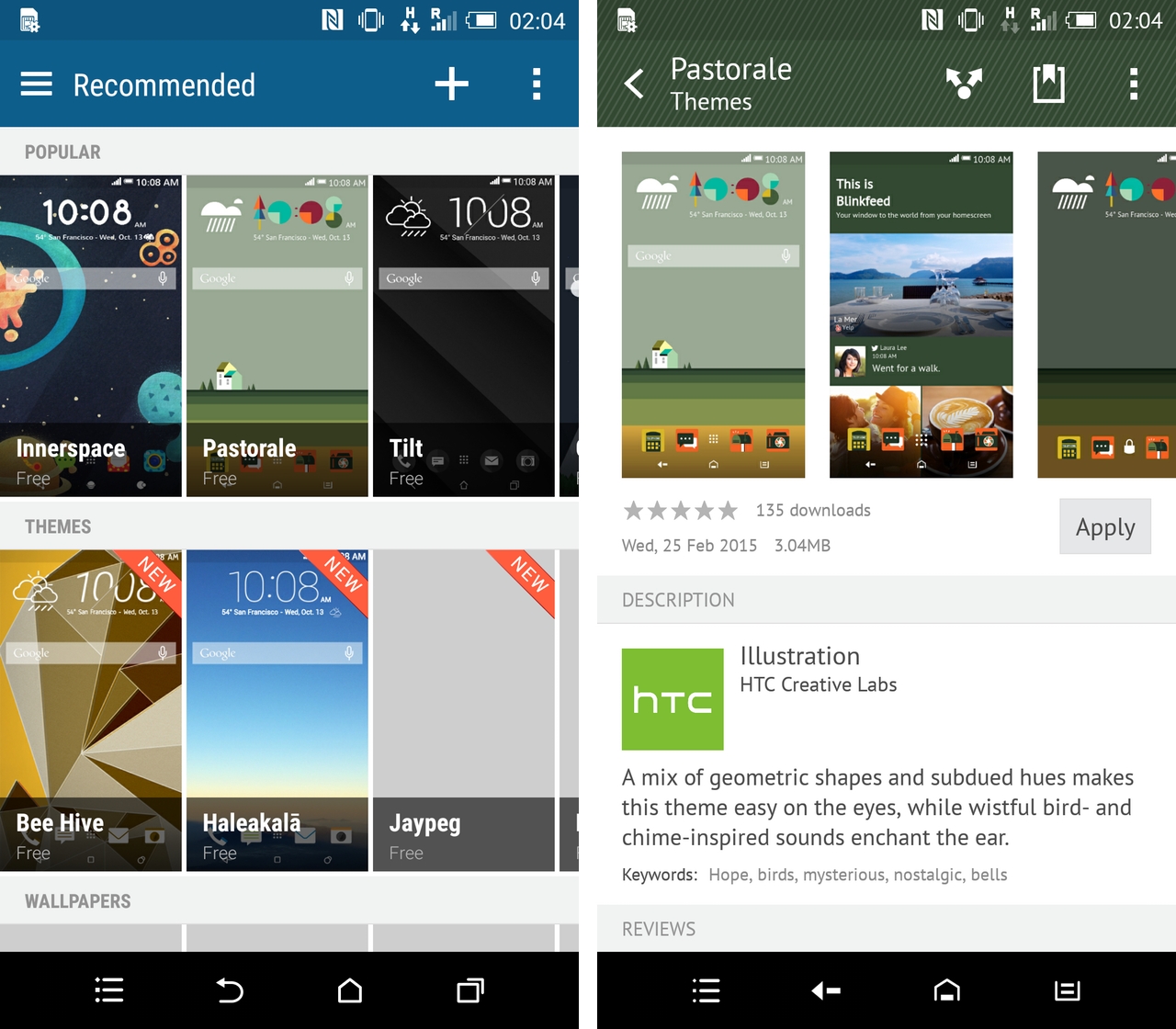 Like many marketplaces, HTC plans to promote popular or interesting new themes, leaving the option open for sponsored or branded themes down the road. The company hasn’t committed to a time frame for either type, but you can rest assured it will happen eventually. 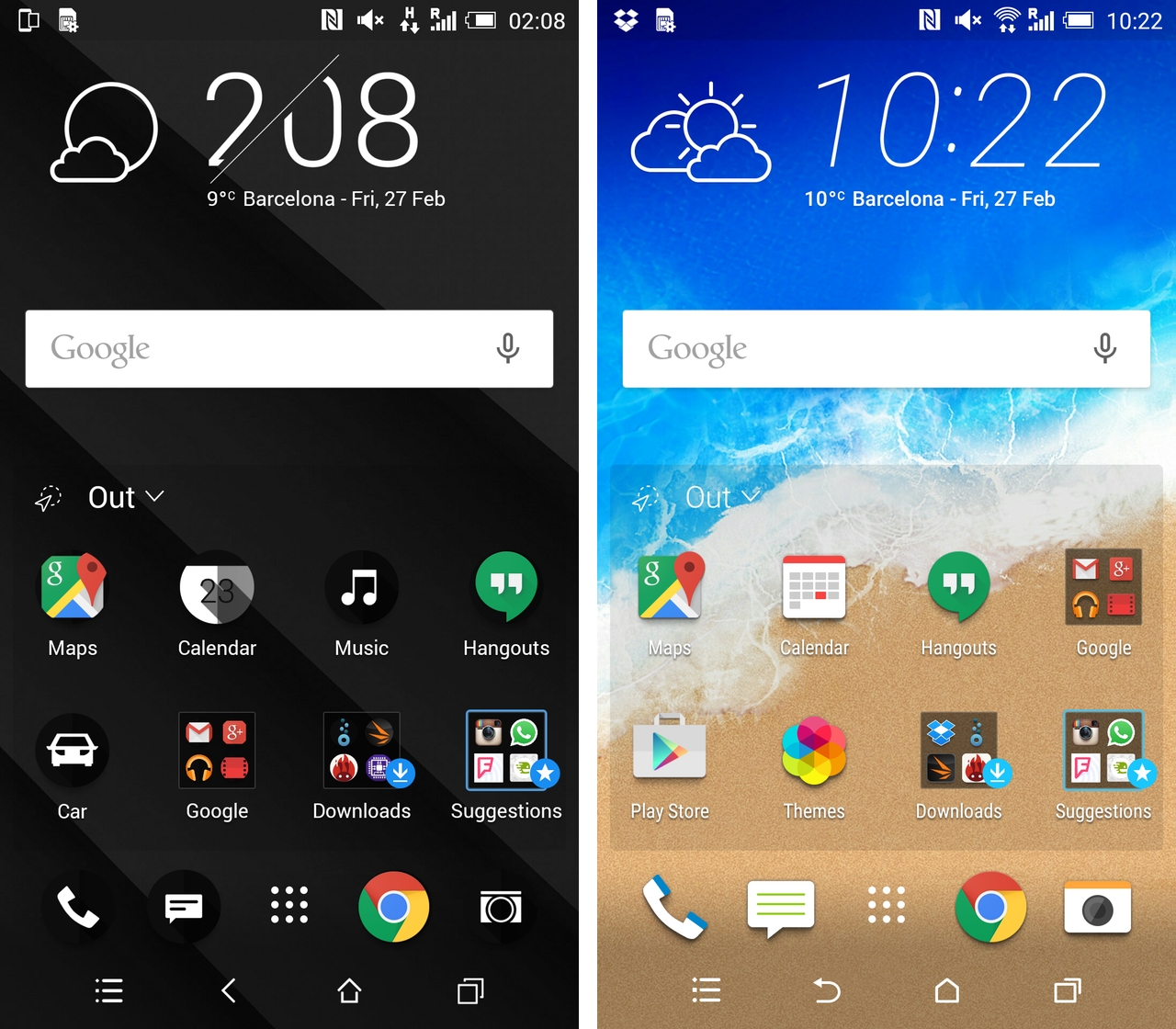