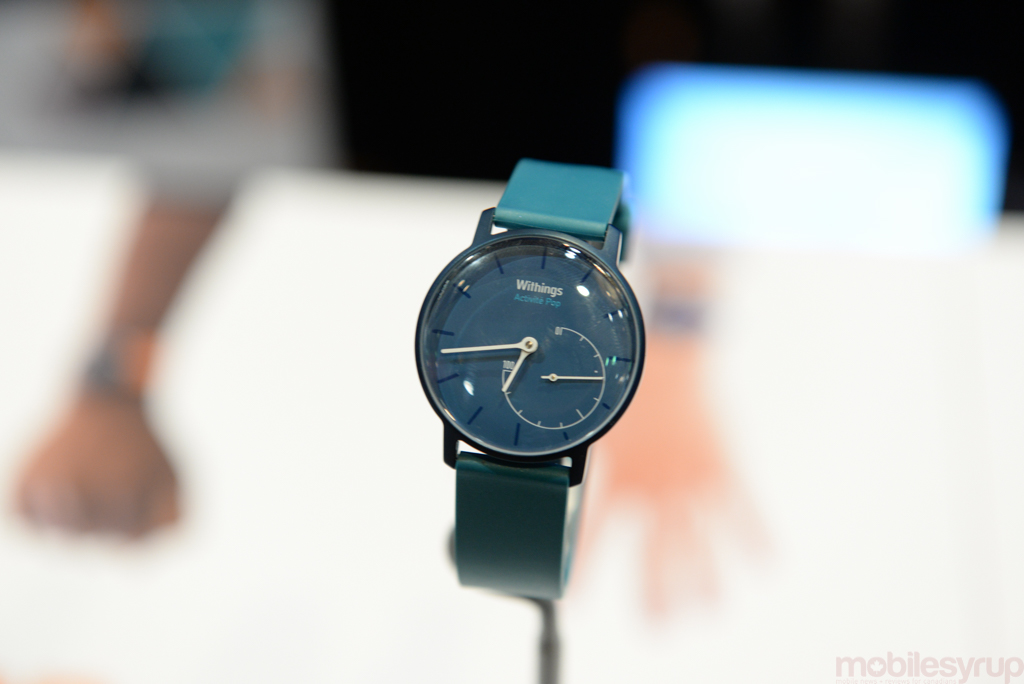 There were a ton of smartwatches and activity trackers at CES this year, but Withings had arguablly the best looking and the most well received activity tracker of them all with the Activité Pop, a cheaper version of the previously announced Activité.

When it was announced late in 2014, the Activité garnered attention for its beauty but also for its price. Four hundred and fifty dollars is a tough pill to swallow when all you’re getting is a great looking watch with some activity tracking mojo thrown in for good measure. The Pop was a much more palatable $149.95 thanks to cheaper build materials. We were impressed with the device when we went hands-on at CES. The only problem was that it was iOS-only.

Still, Withings promised Android support “soon,” though it offered nothing more specific in terms of a release date for the Android app. This weekend, amid all of the Samsung and HTC hubbub, that changed. Withings announced that starting today, March 2nd, both the Activité and the Activité Pop are compatible with Android as well as Google Fit. Data from the Activité watches will automatically be uploaded to Google Fit sharing your weight, heart rate and steps.

The news comes just in time for the Activité and Activité Pop’s U.S. debut, which is scheduled for sometime this month. No word on Canadian availability just yet.