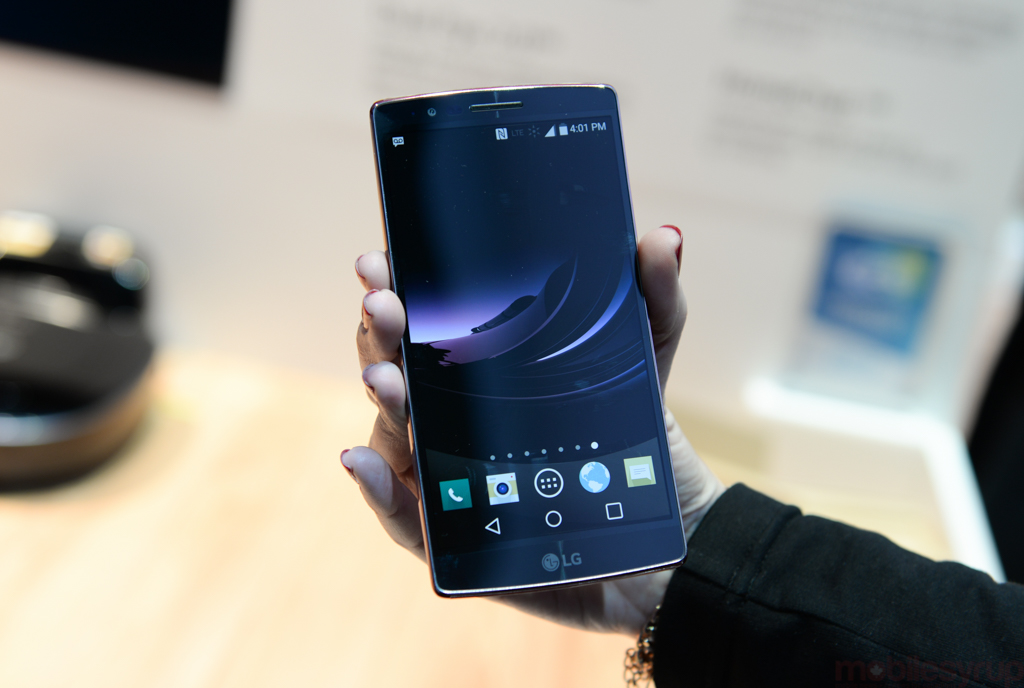 Samsung may have beat everyone else to the punch with its Snapdragon 810-powered variant of the Note 4, but LG was the first company to announce a 2015 flagship based on Qualcomm’s newest chip. It makes sense then that the company would want to address the rumours that said Samsung had decided to ditch the 810 for the Galaxy S6 due to overheating issues.

“I am very much aware of the various concerns in the market about the (Snapdragon) 810, but the chip’s performance is quite satisfactory,” Woo said, later adding that the G Flex 2 actually emits less heat than other existing devices. “I don’t understand why there is a issue over heat.”

The G Flex 2 likely won’t launch in North America until, at the earliest, sometime in February. LG will debut the phone on home turf, with a South Korean launch scheduled for January 30th. The phone will become available elsewhere soon after, which will still put it well ahead of the Galaxy S6, which will supposedly be unveiled at MWC for launch a month or so later.

However, Samsung has likely already made the call about the 810 and whether or not it will be used in the S6, at for the first production run. Bloomberg reported earlier this week that Samsung had been having heat distribution issues with Qualcomm’s chip and had ditched it for its own Exynos chipset.

Samsung has commonly used Exynos chips in devices sold outside the U.S. and has been known to somewhat stagger the launch of its new devices by region, so, if there is an issue with the 810, it’s possible we’ll see an Exynos model first (for South Korea at the very least) and a Snapdragon version a little later.

Read more: Hands on with the G Flex 2