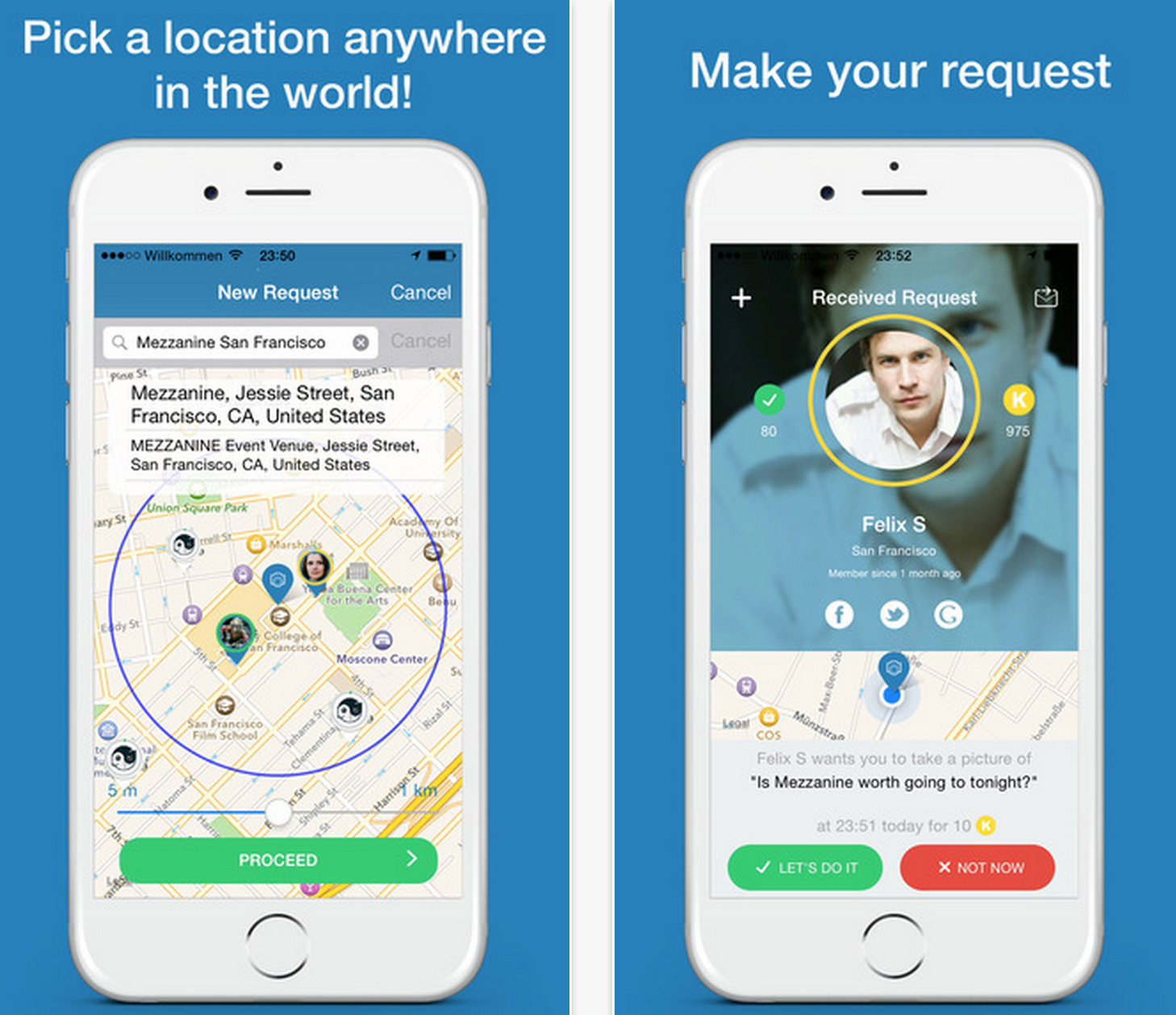 It won based on what the judges saw as huge potential for the burgeoning space of anonymous interaction for good. uCiC works by asking a question with a hyperlocal answer — how long is the line at the local grocery store; what’s the scene like at a local bar — and getting strangers to answer with a quick photo or video response.

Users can request answers within a 1km radius of their search, and participants have the choice of being located on the map or hidden from other users. But if you agree to be a part of uCiC’s community, a push notification will be sent to your iPhone or Android device when you’re in the area of someone’s request, regardless of whether you can be seen on the map.

The app can also be used as a Find My Friends experience. Privacy settings can be set to show your location only to friends, who can then request you to do things — crazy or otherwise. A similar app called Somebody, from performance artist Miranda July, launched last year, where people could ask strangers to relay a specific message to friends nearby. Another service, Fiverr, enables users to perform tasks for $5 or more.

While Snapwise isn’t talking about money just yet, the company says it doesn’t want ads to get in the way of the experience. A built-in currency system, Karma, incentivizes users to answer questions, too, and the founders hope it will bring a sense of camaraderie and reward to the experience.

The app is available for iOS and Android.