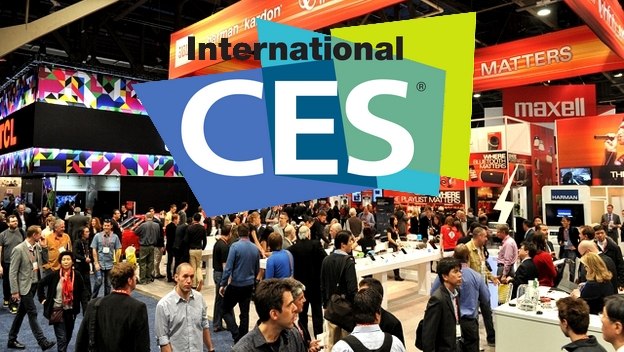 Do you hear that low steady baritone hum, a kind of groan that appears to be coming from the earth’s core itself?  Those are the thousands of miserable, desperate journalists heading down to Las Vegas for another week of 30,000 steps per day, poor food choices and even worse hygiene.

Journalists love to complain about CES because in recent years it appears to have become the dumping ground for second-run smartphones, early-stage wearables and car tech — lots and lots of car tech.

In reality, we’re lucky that there is a unified gathering of (most of) tech’s biggest companies in a single place, where we get to photograph, film, touch and occasionally abscond with the latest wares from the main act, and many supporting the main acts.

While CES is no longer particularly relevant for phone announcements — the biggest devices get their own press conferences these days and the rest are unveiled either at Mobile World Congress (MWC) in Barcelona in February or Berlin’s IFA in September — the conference is a great barometer for what the rest of the year will hold.

It’s fun to complain about CES because it brings us homebody tech journos out of our hobbit holes and into the real world for a week, forced to make smalltalk with other humans, most of whom would prefer to still be their pyjamas. It also catalyzes the reality of the industry itself, that most outfits are seeking unique angles for stories from the same small subset of announcements.

Our particular CES coverage is going to focus on what we’re good at: mobile technology; and Canadian companies, both of which are both scarce and plentiful in Las Vegas depending on whom you ask.

While we already know of at least two fairly significantly smartphone announcements, the LG G Flex 2 and some Sony Xperia device, we’ll likely see many others from companies like Asus, Lenovo, ZTE, Huawei, Alcatel OneTouch and perhaps others we’re yet to learn of. Those we’ll most certainly cover, with a caveat that only a small portion will end up being sold by Canadian carriers.

Our main source of news, therefore, will be in the periphery of traditional mobility, focusing on wearables, sensors, connected homes and cars, new chipsets and standards — reversible USB, anyone? — and accessory manufacturers.

Suffice it to say, despite the lack of big announcements, CES will not be boring.

Cover all the news from our dedicated CES portal, and say hello to us on Twitter — me, @journeydan, and Jane, @janemcentegart. We’ll also be posting on our oft-neglected MobileSyrup Instagram account, and all our videos will be going to our YouTube channel, so check us out there.

As always, if you have any specific CES coverage requests, let us know, and we’ll see you in Vegas!

Drake to perform at Las Vegas nightclub during CES 2019