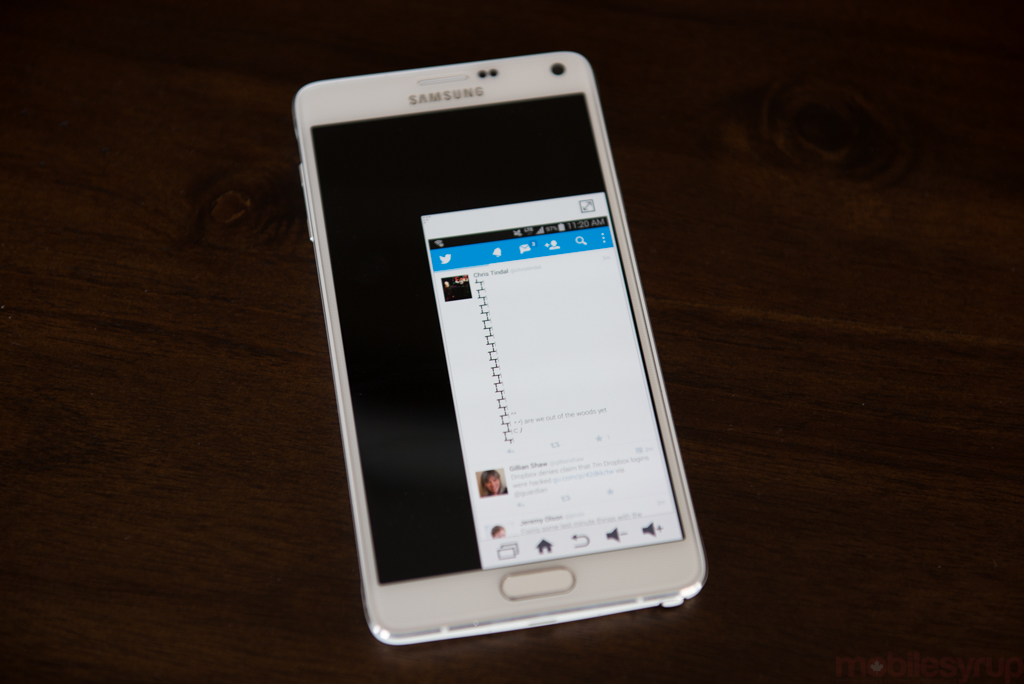 Samsung has announced a brand new version of the Note 4 with beefed up LTE connectivity. This seems to be the same phone we heard about earlier this month and is apparently the first phone with LTE-A tri-band carrier aggregation.

This new modem means speeds of up to 300Mbps on current Cat 6 LTE networks. According to Samsung, that’s about 700MB of video in under 20 seconds. The new Note 4 is also LTE-A Cat 9 ready, promising speeds of up to 450Mbps on Cat 9 networks when the time comes.

“The LTE-A Tri-Band CA smartphone is a meaningful advancement in mobile and telecommunications technologies, and demonstrates Samsung’s long-term commitment to providing innovation within the telecommunications industry,” JK Shin, CEO and President of IT & Mobile Communications at Samsung, said in a statement released Monday.

“We continue to set new challenges for the industry and push boundaries to take mobile technology to the next level and deliver the best possible customer experience.”

While it’s not mentioned in Samsung’s announcement at all, the LTE-A Tri-band CA-enabled Galaxy Note 4 will also feature some octa-core goodness courtesy of Qualcomm. The Snapdragon 810 is a new chip from Qualcomm that hasn’t been used in any other device (though it’s rumoured to be appearing in several 2015 flagships). Just a couple of weeks ago, Qualcomm confirmed that 810 will feature support for LTE Cat 9 carrier aggregation connectivity.