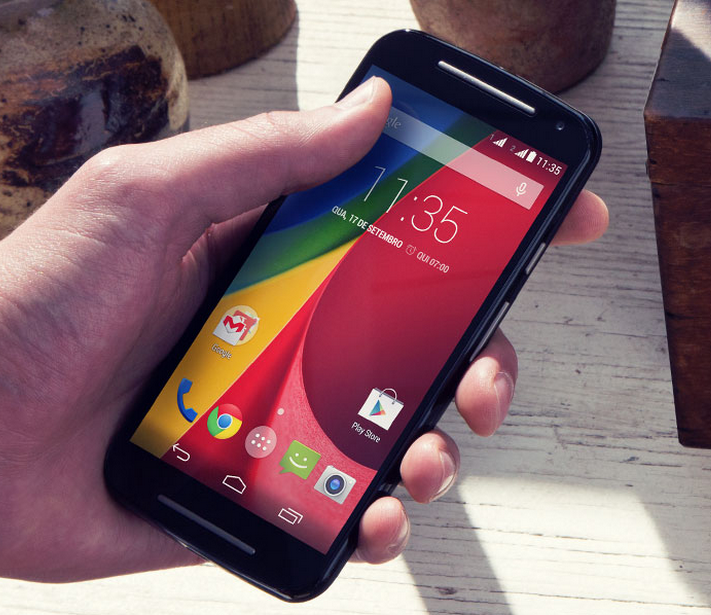 Last year, Motorola followed the launch of the wallet-friendly Nexus 5 with a low-cost smartphone of its own. Priced at $200 outright, the 4.5-inch Moto G with its quad-core processor, 1GB of RAM and 5MP camera left quite the impression. Its success led to a second generation, the Moto G 2014, this past fall. But who could forget v1.5? The 2013 Moto G gained LTE in June of this year, at the same time as the launch of the even cheaper Moto E. Now it looks like Motorola may do the same for the Moto G 2014.

Word comes via Motorola’s Brazilian website, which shows a new version of the Moto G with boosted connectivity. This variant has support for LTE as well as more battery capacity. Though this year’s Moto G had the same 2070mAh battery as last year’s model, the LTE model now on sale in Brazil has a 2390mAh battery. The non-LTE version with the 2070mAh battery still seems to be available.

No word on if or when this version will arrive Canada. That said, Canada was the first market outside of South America to get the original Moto G (just one week after Brazil) and we got this year’s LTE version of that device, so it stands to reason we’ll get the LTE variant of the second-gen Moto G as well.