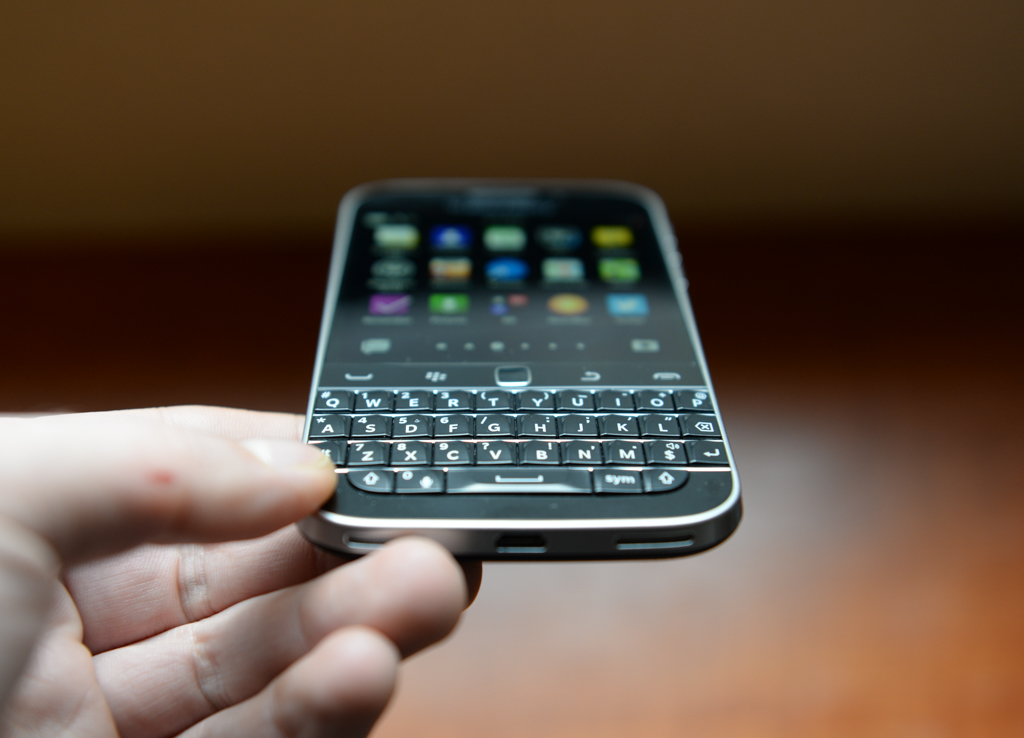 BlackBerry officially announced the BlackBerry Classic today. This is the third smartphone the company has released this year following the Z3 and BlackBerry Passport.

Along with the aesthetic it shares with the popular Bold 9900, the BlackBerry Classic brings back the trackpad and the ‘belt’ row of navigation buttons (call, menu, trackpad, back, and end buttons). Under the hood, the Classic runs Blackberry OS 10.3.1 and sports a 3.5-inch display, a 1.5GHz Snapdragon S4 processor, 2GB of RAM, a 2515mAh battery, an 8MP camera, a 2MP front-facing camera, and weighs 178 grams.

As previously reported, several Canadian carriers have launched the Classic. Starting today, Bell, Virgin, SaskTel and Rogers have all made the Classic available for $49.95-$49.99 on a 2-year or $499.95-$499.99 outright. Then, later this week, TELUS will offer the BB10 device for $50 on a 2-year contract. In addition, WIND Mobile will bring the Classic to its customers in January 2015.

Update: TELUS has now released the BlackBerry Classic. The price is $50 on a 2-year and $550 outright.

The BlackBerry Classic may work best as a secondary smartphone