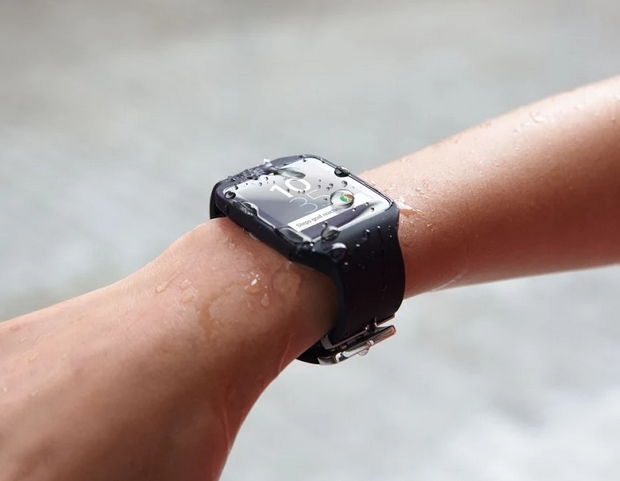 We’ve seen some pretty interesting smartwatches over the last 18 months and we’re bound to see more as the industry struggles to define and refine these devices and their purpose.

Samsung has a watch that can make calls; Pebble has a watch that lasts for a week between charges; Intel has a watch that’s more smart bracelet than anything else; and now it looks like Sony is planning a watch with an e-paper display that stretches across the bang as well as the face.

Bloomberg cites people familiar with the matter that say Sony’s newest watch will be one of the first products developed under a new division at Sony that fast-tracks promising ideas. According to Bloomberg’s sources, the device will be more about style than technological functionality, and will feature a patented material that allows the entire surface area of the watch to function as a display.

That means users could potentially change the appearance of their device based on what they’re wearing on a given day or where they’re going. How much consumers can play with that will depend on the software, which isn’t mentioned at all in the report.

Sony isn’t the only company eyeing fashionable solutions. Motorola and Apple have both been lauded for their stylish offers (though the Apple Watch isn’t even available yet), and plenty of other watches have interchangeable straps. With customizable watch faces, users can switch things up as often as they wish. Still, one of the biggest challenges the wearables industry faces is being universally appealing or offering enough options that most of the market is catered for. Sony could solve that with this chameleon watch.

Sony already has the SmartWatch 3 (pictured above), which runs Android Wear and has built-in GPS, so the company isn’t betting the farm on this new idea that it plans to push through development as quickly as possible. But it is good to hear that Sony is trying new things as opposed to rushing a ‘me too’ product out the door.