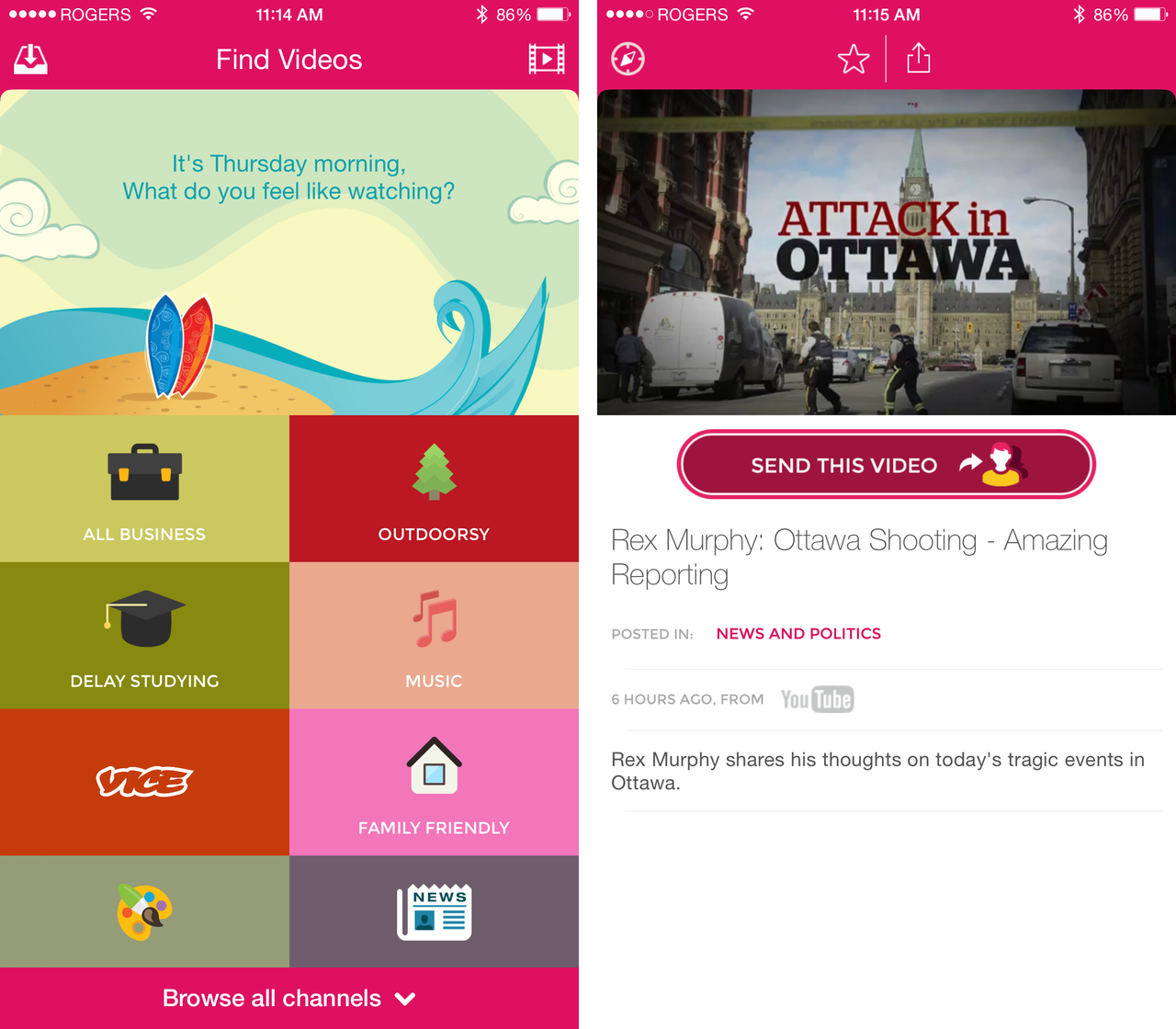 While 5by considers itself a video discovery network, the company, which was acquired by StumbleUpon in 2013, has an extremely active user base.

With a dedicated staff of curators combing through thousands of videos to find the best on the internet, 5by has become a relatively sure thing for video consumers looking for the latest popular videos, even before they go viral.

“We’ve developed ways to determine what videos will go viral even before they do,” says Greg Isenberg, founder and CEO of 5by, “and we have an editorial team watching every video.” While a combination of automation and curation has made 5by hugely popular among young smartphone and tablet users, the company used one of its most-used sharing patterns as inspiration for its 3.0 update.

“We found that on mobile, people were sharing via SMS more than Twitter or Facebook, and were carrying on conversations about those videos,” Isenberg tells me. In addition to a huge visual refresh, which involves a gesture-friendly UI and expressive new logo, the app emphasizes local sharing, spurring conversations with up to 12 friends around a video or playlist. But instead of letting those conversations ebb and flow through various external means, he wants to keep them in-app.

Isenberg took a page not from Twitter or Facebook but “dark social” networks like Snapchat that emphasize small, private and ephemeral sharing over broadcasted declarations of content preference. “We looked at the space, and how people are sharing videos over email and Facebook Messenger [instead of Twitter or Facebook],” he says, working that core tenet into the new 5by.

The need for new sharing capabilities was also spurred on by exploding mobile usage, which Isenberg says comprises 65% of the company’s base. Like Snapchat, it’s easy to select a video from a number of categories and tick off up to 12 friends to easily share it, starting a potential conversation in the process.

The 5by team, despite mainly living in San Francisco, is comprised entirely of Canadians, many of which moved over from Montreal to the Bay Area when the startup was acquired. Isenberg says that 5by is still run largely independent from StumbleUpon, despite sharing a similar goal of discovery.

StumbleUpon focuses on all types of content, not just video, and spreads through serendipity rather than curation, but the core values are the same, and the companies share a single board of directors and advisors.

5by 3.0 is available for iOS and Android today, and is well worth checking out.