Spotify now available to all Canadians 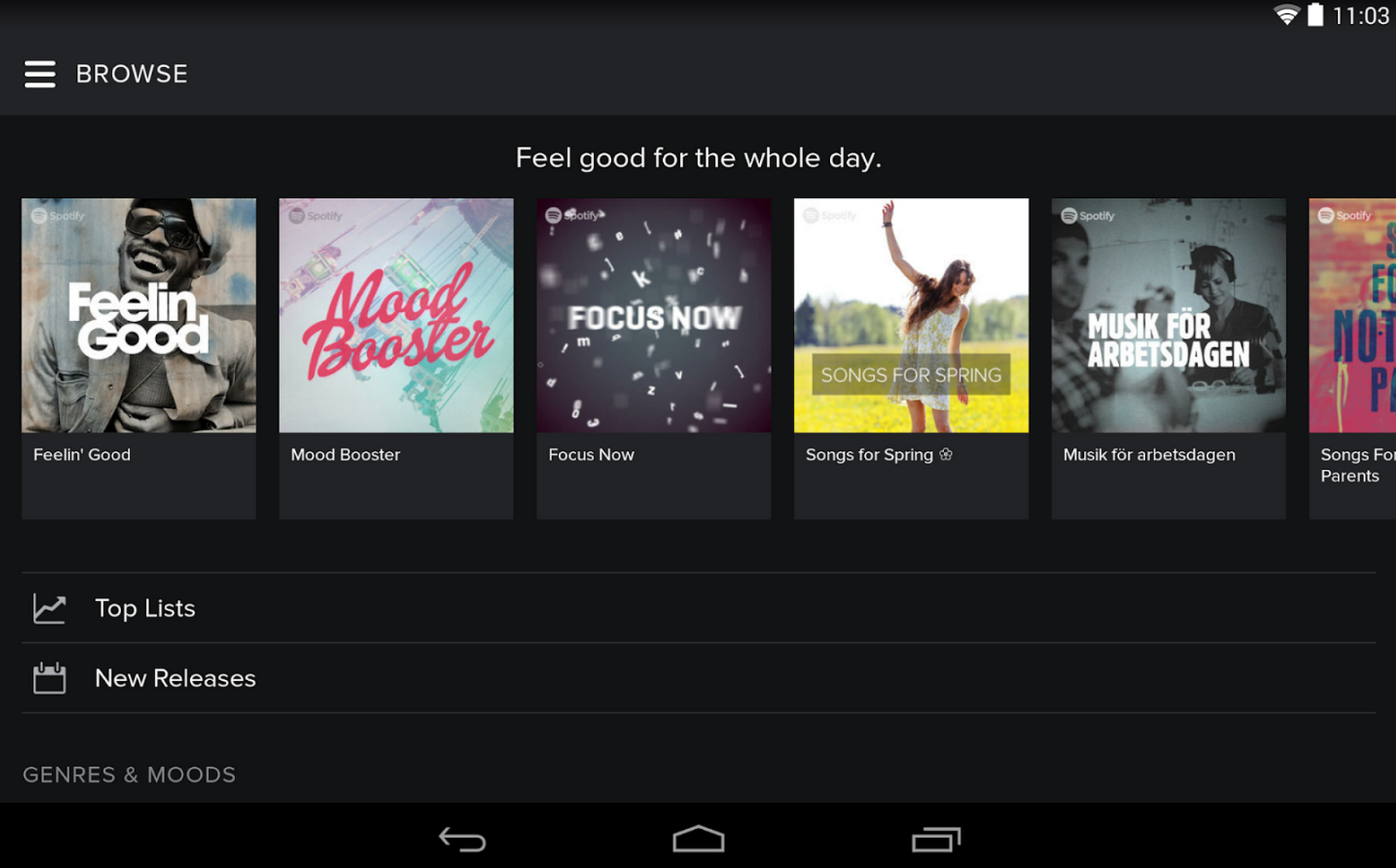 Spotify is now available in Canada.

The streaming music service, one of the most popular in the United States and Europe, has expanded across the Great White North after a brief invite-only testing period.

Available for $10 CAD month (plus tax), the service has Android, iOS and Windows Phone (along with BlackBerry 10 through the Amazon Appstore) apps in addition to a fully-featured web player and desktop apps for Windows and OS X. Offering a suite of 20 million on-demand tracks and a number of curated playlists, the moody black and green colour scheme is an aesthetic contrast to the light, breezy white and blue of Rdio and the inviting orange of Google Play Music.

Spotify was one of the first services to offer 320kbps streaming over cellular or WiFi, and though others have caught up the company still promises best-in-class audio quality. It, like many of its competitors, offers offline caching, too.

The company has also tailored playlists and recommendations to Canadians, engaging with a number of Quebecois and French language artists as well as classic Canadian crooners (Bryan Adams, anyone?).

Spotify also has a “fully licensed free tier” that shuffles radio play on mobile or allows on-demand playback on desktop or tablet. The hitch is that ads will intermittently interrupt the music and, like Songza, Spotify has partnered with a number of well-known brands, from Diet Coke to Heineken to Subway and TD Canada Trust.

Users get a week-long unlimited, ad-free trial before having to sign up in earnest, so give it a try. We’ll be trying it, too, and look forward to offering a comprehensive guide to all the streaming music options available to Canadians.