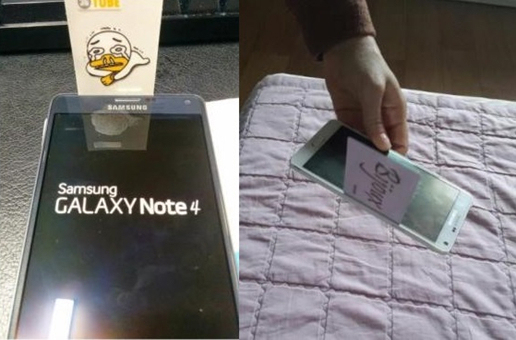 Samsung has already admitted that it pushed the release of the Note 4 up to coincide with the release of Apple’s newly launched iPhone 6 Plus. Now, the company could be looking at its very own Bendgate.

The Galaxy Note 4 went on sale in Korea on Friday and some users are apparently taking issue with the space between the screen and the phone’s frame. According to BGR, which cites Korean-language publication IT Today, the space is big enough for users to insert a business card or two pieces of A4 paper.

The Note 4 isn’t waterproof, so this gap won’t cause damage to your phone in that regard, but it probably will attract all types of dirt, dust, and crud that will be difficult to clean. It’s not clear how widespread the issue is, but the gap doesn’t seem to be present on every unit.

Given Friday’s launch was exclusive to South Korea, it will be interesting to see if this problem has any impact on the international launch. The Note 4 is supposed to be in 140 countries by the end of October, and Canadian pre-orders just kicked off at Best Buy and Future Shop late last week. BGR reports that Samsung does know about the issue but hasn’t offered any statement on the matter as of yet.