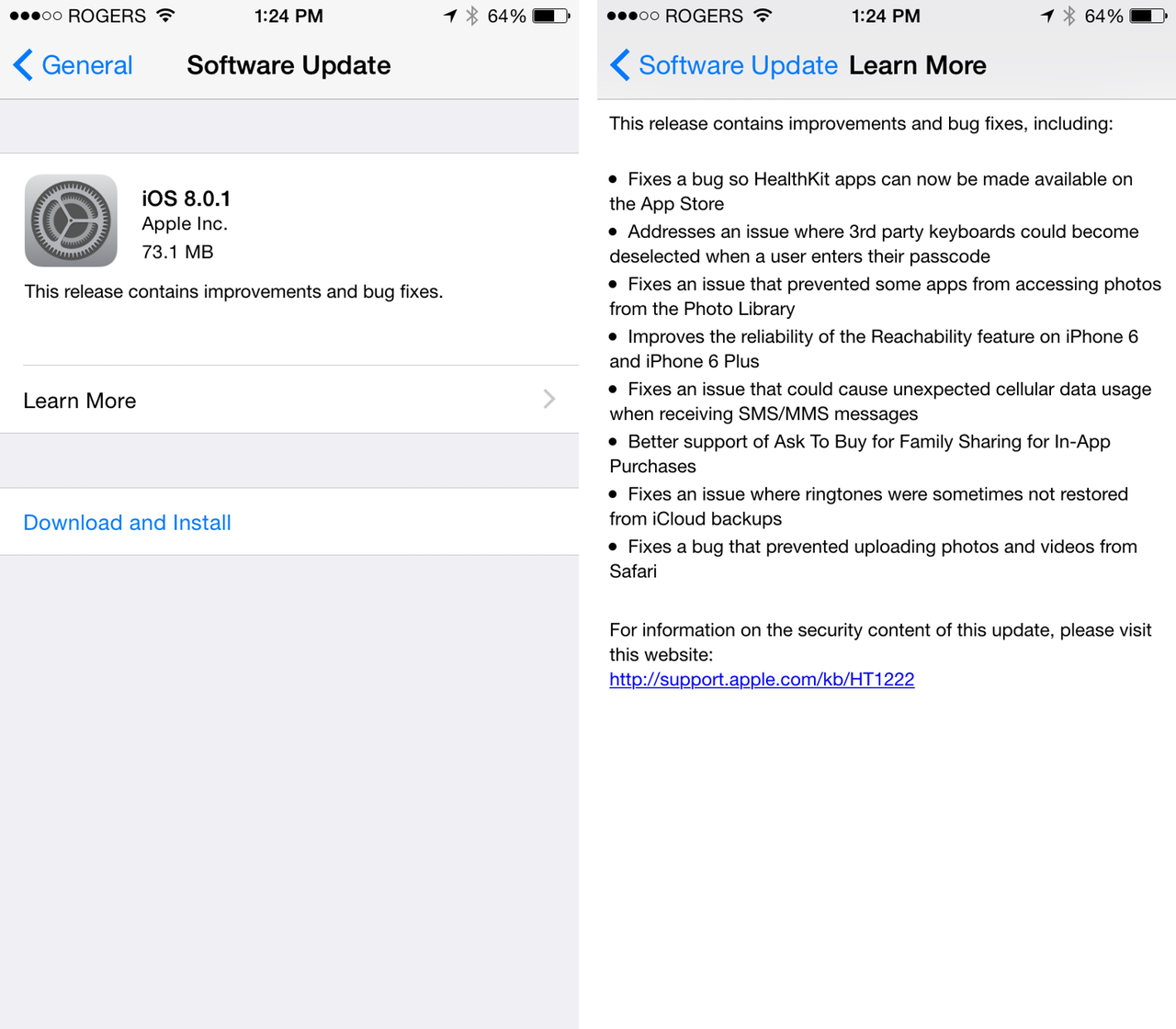 Apple has released an update for its devices to add HealthKit app support and to fix a number of lingering bugs from iOS 8, which was released September 17th.

We’re hearing, though, that the update has created problems for many iPhone users, affecting their ability to connect to a cellular network. iPhone 6 users are also reporting issues with Touch ID.

We’ve reached out to Apple and are waiting to hear back, but in the meantime hold off on pressing that “Update” button.

Update: An update on an update: Apple has pulled iOS 8.0.1, both in OTA and regular IPSW download form, in order to fix the cellular reception and Touch ID issues found on the iPhone 6 and iPhone 6 Plus. Stay tuned for when it returns.

Update #2: Apple noted in an email to us that they have a solution for those impacted by loss of cell service. In addition, iOS 8.0.2 will be available “in the next few days.”

“We have a workaround for iPhone 6 and iPhone 6 Plus users who lost cellular service and Touch ID functionality today after updating to iOS 8.0.1. Affected users can reinstall iOS 8 through iTunes, for more information visit http://support.apple.com/kb/HT6487. We apologize for the great inconvenience experienced by users, and are working around the clock to prepare iOS 8.0.2 with a fix for the issue, and will release it as soon as it is ready in the next few days.”