Google’s Chrome OS gets its first batch of Android apps 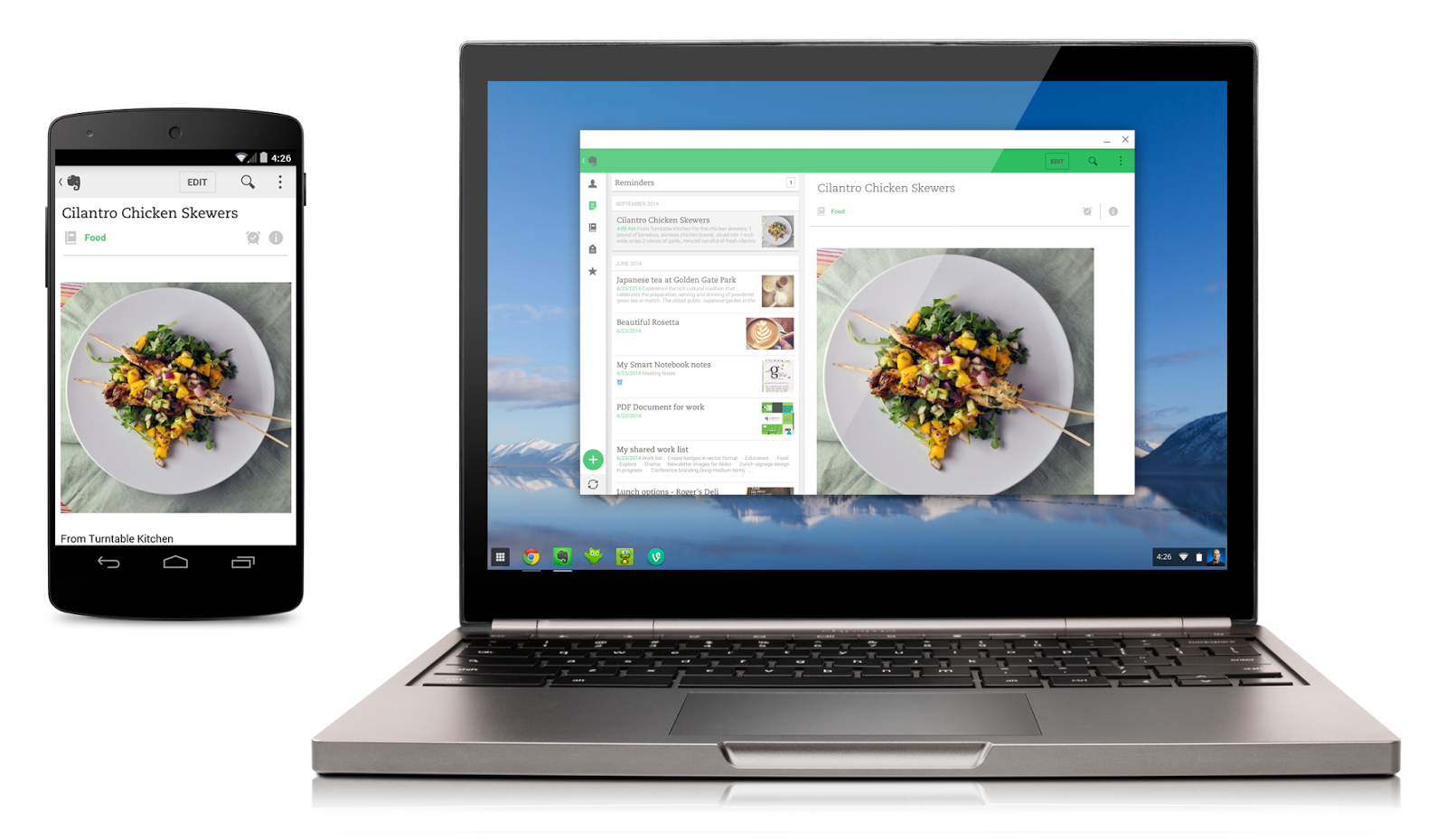 Google’s Chrome OS may not match Android in terms of distribution, but the company is hoping it can eventually incorporate Android applications in order to provide a more seamless experience for users of both operating systems.

At I/O 2014, Google teased us with a preview of Android apps running on Chrome OS. Today, the company made that functionality somewhat official by launching the beta version of App Runtime for Chrome.

The first batch Android apps to hit Chrome OS includes Vine and Evernote, which we saw demoed at Google I/O, as well as Duolingo and Sight Words. Google says it will be working with a “select group of Android developers” to bring more Android apps to Chrome OS, but it sounds like it might be a while before we see any significant number of Android apps on Chrome OS devices.

The upside to Google taking its time is that process for developers should be pretty smooth once Google works everything out and App Runtime loses the beta tag. In fact, according to ArsTechnica, this doesn’t even require porting. Instead, it’s all done via an Android Stack within Native Client. This means developers don’t need to port or modify their code, however, Google admits devs may want to tweak apps based on the additional hardware that Chrome OS devices offer (like the keyboard).

This matches up with what Google told developers at I/O. The company said it wanted to bring Android apps to Chrome OS in a way that was both thoughtful and intuitive while requiring as few modifications as possible from developers. Building an entire Android stack within Native Client certainly achieves that goal.

Google is taking suggestions for apps that you want to see on Chrome. Here’s the Google form where you can add your favourite apps to the list.