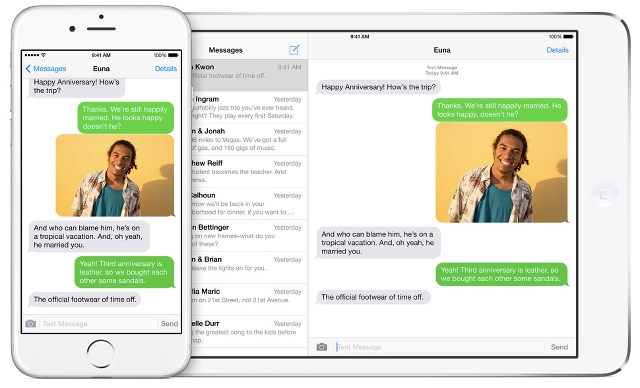 While iOS 8 will be available starting September 17th, there will be some caveats to the release. Specifically, not all of iOS 8’s Continuity series of features, which include the ability to handoff applications, as well as make and receive calls, from your Mac or iPad, will be available day one.

9to5Mac has noticed that Apple has updated its U.S. iOS 8 features page to note that text message sharing between iPhone and Mac or iPad will not be available until October. Supposedly this delay is intended to coincide with the release of OS X Yosemite, but it’s interesting that only text message sharing is the only Continuity feature affected.

One additional item of bad news can be gleaned from Apple’s iOS 8 page: while the aging iPhone 4S will be able to run iOS 8, it won’t feature any support for Continuity.