Snapchat is one of the most popular social apps available today. Available on iOS and Android since 2011 and 2012 respectively, the app has yet to make it to any other platform. Now, Microsoft is taking things into its own hands with its own Snapchat clone for Windows Phone.

Neowin reports that the company has a Snapchat-like app that is now available for Windows Phone users to download. Developed by Microsoft Research and dubbed WindUp, the app allows users to send temporary messages with a pre-determined time limit. It supports pictures, videos, audio clips, and text and is free to download, but is only compatible with Windows Phone 8 and 8.1. 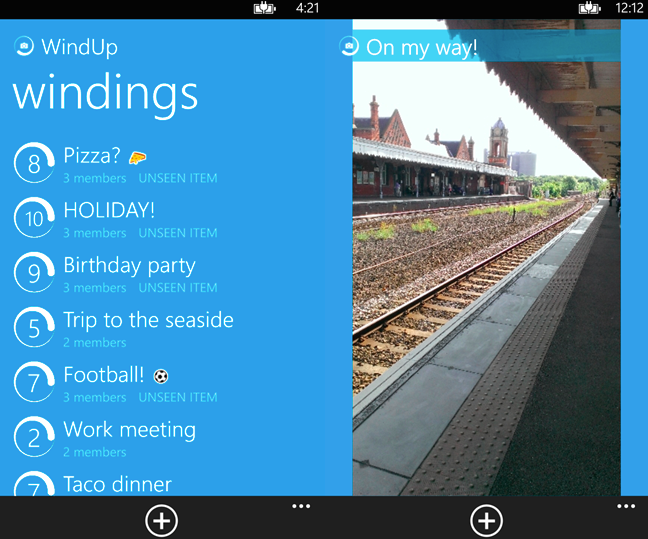 This isn’t the first time Windows Phone users have been presented with an alternative to Snapchat. The 6snap app has been available for almost a year and a quick search on the Windows Phone store shows a vast number of unofficial and copycat apps. Microsoft’s Joe Belfiore revealed in May that the company is in talks with Snapchat but offered no further details on the development of Snapchat for Windows Phone.