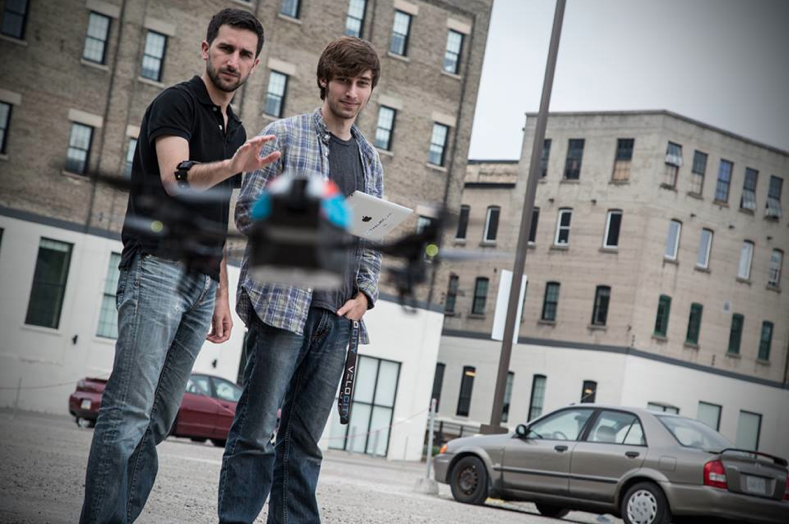 This week, shortly after Canada Day, Douglas and Daniel pay homage to the Canadian technology companies making a difference with their innovative offerings.

Douglas Soltys: Daniel, my good man, after a relaxing and unsober Canada Day, I’m feeling absolutely patriotic. And now that you have returned home from the shores of the Pacific, I think our regularly scheduled meeting of the minds should take on a decidedly Canadian theme. Specifically, I would like to know your thoughts on the most (currently) innovative mobile companies Canada has to offer.

I’ll go first. ‘Innovation’ can be broadly defined and is overused to the point of meaninglessness, but to me it means, simply, cool sh*t. The kind of stuff you look at once, then make a Reevesian guttural cry before pulling out your wallet for immediate purchase. For my money, that company is Thalmic. Not only is the wearable space exploding right now, the Myo armband seems to be one of the few wearables offering truly compelling use cases across a variety of verticals (even some scary ones). I mean, you can control a goddamn quadrocopter with the thing — just take my money already.

Daniel Bader: Doug, I’ve missed your flippancy so much; San Francisco takes itself far too seriously! We are awash in Canadian innovation these days, as proven by the number of companies less interested in labelling themselves as such because they’re too busy making amazing products.

Take Ottawa-based GestureLogic’s LEO, a wearable leg band that not only checks your heart rate, but makes meaningful suggestions based on body hydration, muscle intensity, fatigue (lactic acid buildup) and technique. PUSH is doing the same for weightlifters and bodybuilders. And, of course, there’s Nymi, which purports to use your unique heart rate to interface with passwords, physical locks and even points of sale terminals.

All of these products have one thing in common: they’re taking on specific lifestyle problems and using smartphones as mediators. In light of both Apple’s and Google’s respective health and fitness-related announcements, users will be able to gather insights from all respective wearables in one place. These companies figured out a long time ago that such consolidation was coming, and moved towards being innovators in their own fields.

And, yes, Thalmic is likely the best example of an innovative Canadian company capturing the hearts and minds of users across the world. Like Oculus, with which it interfaces, Thalmic’s Myo band promises to deliver an entirely way to communicate with computers, and with the help of developers deliver compelling input solutions that we tackle every day. When I think of the potential synergies between a company like Thalmic, which provides the hardware, and Minuum, which creates an adaptable, screen-agnostic typing solution, my heart goes all a-flutter. 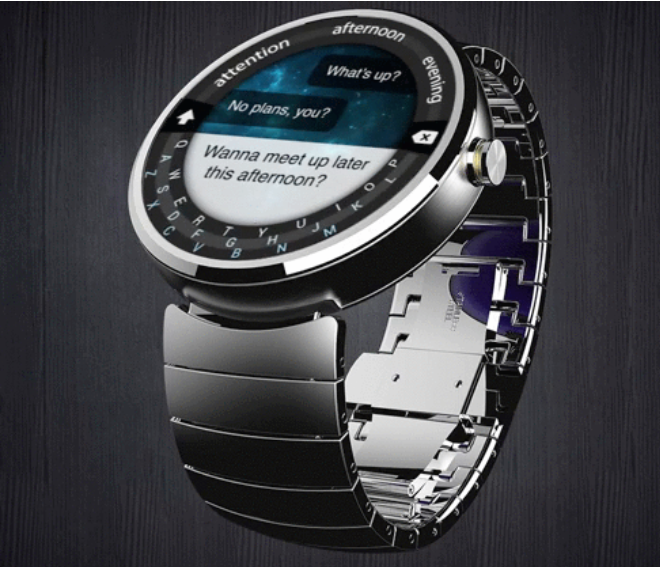 Douglas Soltys: Minuum! I remember the first time I met Whirlscape co-founder Will Walmsley at AndroidTO, back when they were still demoing Minuum as a proof of concept with a business card. At the time, I had two thoughts: (1) you are going to make an ungodly amount of money and (2) let me introduce you to my friends at MobileSyrup. It’s a very weird experience to see the early stages of something that you know will be everywhere in a few years. If Minuum is not the default interface of a good chunk of wearable tech within the next two years, I’d be very surprised.

Because I’m not very imaginative, and I forget the names of tech companies about as often as I forget to pay my Rogers bill, I took this question to the Twitterverse. I was surprised to see Shopify get mentioned so often, and co-signed by MobileSyrup’s Ian Hardy. But Shopify has essentially become the WordPress of e-commerce, and mobile commerce is booming, so can we fit them in?

Daniel Bader: What’s so interesting to me about Minuum is that like all successful ventures it started small, focussed, but Walmsley had enormous ambition for his technology. Raising money on Indiegogo was evidently the first step in Minuum’s plans to create the template for a successful input ecosystem. Minuum’s use of Android’s inherent flexibility as a jumping-off point for all screens — wearables, glasses, other — was so subtle as to be indistinguishable from their plans.

Shopify, along with ShopLocket, are two more examples of companies whose ever-widening ambitions are beginning to bear fruit. The latter, which was purchased by hardware distribution giant PCH, recently launched The Blueprint, a magazine-slash-shop for hardware startups to display their wares in an editorially-focussed setting. At the same time, ShopLocket wants to empower hardware startups like the aforementioned Thalmic, Nymi, PUSH and GestureLogic to focus on creating great products, not setting up cumbersome online shopping portals.

The great thing about all of these companies is that they are creating, or facilitating the creation of, tangible things; none of them are creating “yet another messaging app” or trying to solve the problems of a tiny section of the population. These are companies, Canadian companies, looking to do big-picture stuff, often working together to accomplish those goals.

As a Canadian enjoying the beautiful fireworks on his country’s annual Day, I feel pretty great about the innovation that’s been shown, and will continue to be shown, in the coming months and years.

Tête-à-Tête: How are Apple, Samsung, and BlackBerry playing the enterprise game?

Tête-à-Tête: What is the appeal of the BlackBerry Classic?