Samsung’s Galaxy S line may get all (or most of) the media attention, but a good chunk of its mobile revenue comes from entry-level devices like the popular Galaxy Ace line.

The company debuted four new devices today, all of which comprise that inexpensive smartphone bracket, and at least one of them is almost guaranteed to arrive in Canada over the next few months. 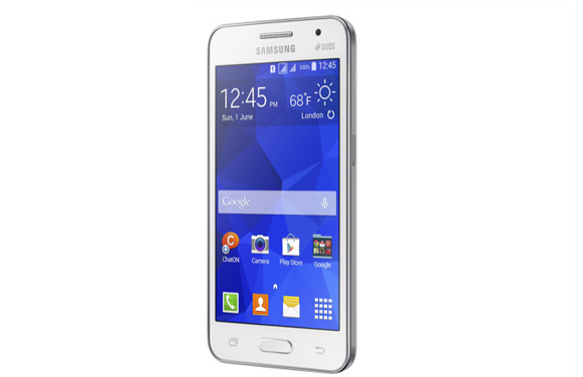 At the top of the list is the Galaxy Core II, a sequel to the Europe-only Galaxy Core. It, like many other entry-level Samsung devices, resembles its larger counterparts while eschewing any design flare that distinguishes the more expensive products. It sports a 4.5-inch display at a WVGA resolution, a 5MP camera, a 1.2Ghz quad-core processor, 768MB of RAM and 4GB of internal storage. Its 2,000mAh battery should ensure it lasts the whole day, too. It also sports Samsung’s flattened TouchWIZ design that debuted on the Galaxy S5.

The Galaxy Ace 4 doesn’t sound like much of a sequel — a 4-inch 800×480 pixel display, 1GB of RAM, 4GB of internal storage, an 1,800mAh battery and a 5MP rear camera and VGA front-facing camera, along with a dual-core 1.2Ghz processor. The differentiator here is that the device sports North America-friendly LTE, so we should see it in the Canadian market fairly soon.

The final two devices, the Galaxy Young 2 and Galaxy Star 2, are about as simple as you get, and bring home Android’s versatility — and its developer struggles. Both sport 3.5-inch HVGA displays and single-core processors, but somehow manage to run Android 4.4 KitKat. Pretty impressive, but don’t expect them in the high end-crazy North American market.