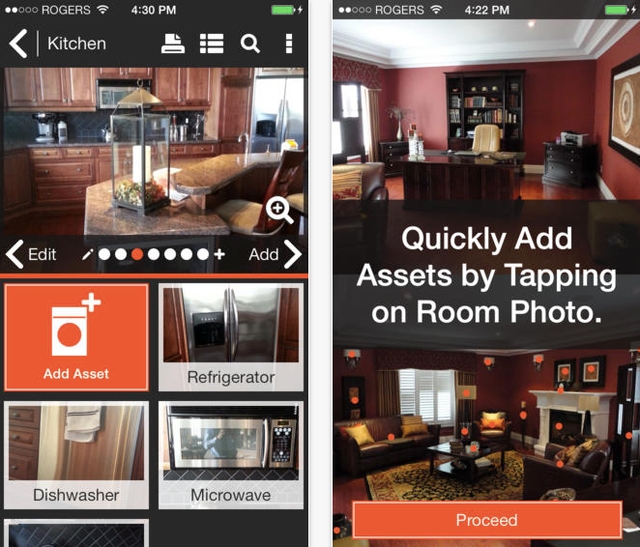 It’s a sad but true fact that Canadians across Ontario and Quebec have spent far too much time worrying about the safety of their homes recently, with the extended ice storms over the holidays and the current flood warnings. Comprehensive home insurance is no longer a luxury, it’s practically a year-round necessity for our fair country.

But it’s also a thoroughly annoying necessity. Documenting all your assets beforehand is arduous to the point of impasse, and waiting for loss claims to be processed can be its own kind of disaster. Encircle is an app for iOS, Android, and BlackBerry that looks to take as much hassle out of dealing with Acts of God as can be reasonable expected.

Encircle lets users quickly document their household assets by taking photos with their smartphone camera, which the app then compiles into an inventory list than can be easily sorted, exported and sent to their insurance company in case of an unforeseen disaster. For those who are a little less proactive, the app can still be used to document only damaged assets. Encircle claims it has streamlined what used to be a time intensive process into about an hour-long event, and that home owners who used the app have seen their claims settled on their adjuster’s first visit, which is a huge improvement over what can typically be a 9-12 month process.

In its most recent update, Encircle has added a new feature that will hopefully make the process even quicker. Called Taps, the feature lets home owners add assets by taking a single photo of a room and tapping on assets to tag them, rather than taking photos for each individual asset. Taps functions similar to tagging friends in Facebook photos, only in this case your friends are your most prized possessions (which, to be honest, I spend more time with than my friends).

Encircle is free to download and can be found at the source link below. Let us know of any other mobile apps or services you may use to protect your home.