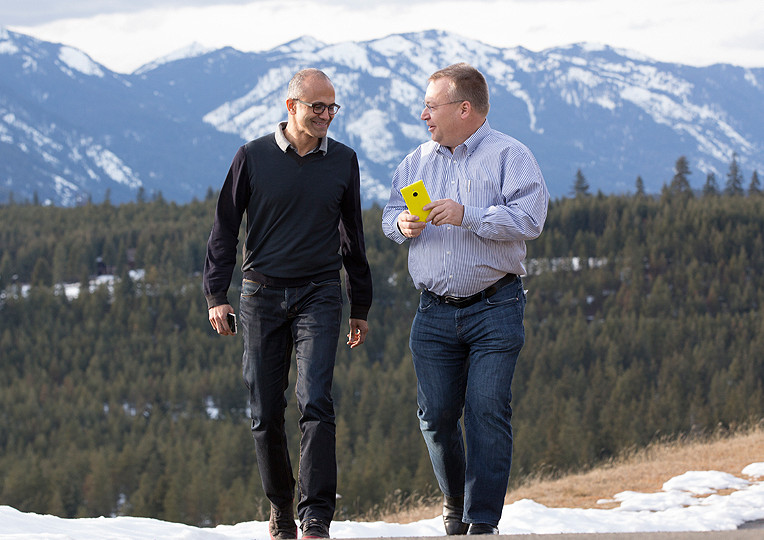 Microsoft has completed its acquisition of Nokia’s Device’s & Services Division after the company announced the deal last September.

It’s been a long, often tumultuous road for the two companies after announcing a collaborative deal for the mobile market in February, 2011. Since then, Nokia has made available a number of patents to Microsoft, and vice versa, and the former Finnish giant has practically been the sole manufacturer of Windows Phones, both in North America and the rest of the world.

With its Lumia devices, Nokia has seen both a tepid response by the public and a terrific one by the media. The company makes beautiful devices that often blew past the capabilities of its companion Windows Phone software. Nokia’s eye for design and experimentation has also lead to many interesting products over the years, including the Symbian-powered N8 and, more recently, the Android-powered Nokia X.

Now that the deal is complete, many high level Nokia executives, including Stephen Elop, Jo Harlow, Juha Putkiranta, Timo Toikkanen, and Chris Weber, will move over to Microsoft. Indeed, former CEO Elop will become executive vice president of the Devices Group at Microsoft.

For many, this will be a sad day. Nokia’s precipitous market share decline happened so quickly that many supporters never saw it coming. The iPhone in the high end and Android in the low end disrupted Nokia’s smartphone business so absolutely that its market share dropped from the 90% range to single digits in six years. Today, Nokia still sells millions of devices, but the company’s high-margin business has all but been wiped out. Last quarter, the company sold under 500,000 Lumia devices in North America.

Now that Microsoft owns the majority of Nokia’s Devices & Services Division — some factories and employees will be laid off in the transition, unfortunately — members of the two companies can work on “a shared vision,” according to a post by Microsoft. The companies intend to push for “simplicity and elegance in design and use,” which is what Nokia has been doing to date — it’s Microsoft’s Windows Phone OS that has needed to catch up.

Now on the brink of an important update, Microsoft’s Windows Phone 8.1 and Nokia’s exemplary hardware design, coupled with its tremendous patent portfolio and vast network of relationships with carriers and suppliers, could be the combination the two companies have needed. In reality, though, until developers get on board with the platform, much of that work will be moot.

As for specifics, Tom Gibbons, Microsoft’s VP of Integration, says that “on Day One, the team will have an already established joint operating plan. Customers should see a bunch of great end-to-end experiences that really empower them to have very enjoyable, very comprehensive solutions to things that they want to get done, whether you’re talking about smartphones or feature phones. The feature phone product family coming to Microsoft will start to have more of the Microsoft services shipped on those phones right out of the gate.”

It’s the end of an era, but Nokia appears to be in good hands with Satya Nadella.