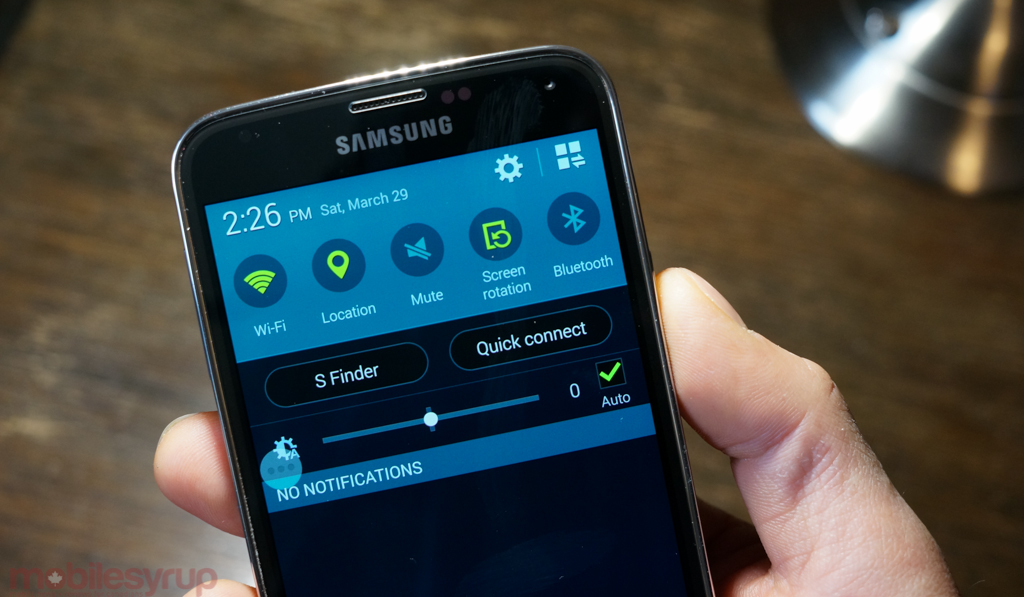 It may not be standard practice for a lot of Canadian Android owners, but there is a dedicated minority of hackers, developers and modders who will appreciate being able to root their brand new Samsung Galaxy S5.

Chainfire, one of the most well-known Samsung hackers around, has developed a tool called Auto-root for the Canadian version of the Galaxy S5, model number SM-G900W8, that takes advantage of the device’s unlocked bootloader to push the relevant root files and associated SuperSU software that facilitates access for other apps.

Users will have to use ODIN, Samsung’s Windows-only proprietary binary flashing software, to perform Auto-root, but once it’s completed you shouldn’t have to touch it again (unless you want to reinstall the unmodified software, of course). There is an open-source alternative to ODIN called Heimdall that works with OS X and Linux, but it doesn’t appear to be tested with the latest Galaxy devices.

Auto-root doesn’t alter the device too much, though it does trip the built-in KNOX warranty flag, which could potentially prevent the device from being serviced. Unlike older Galaxy devices, it doesn’t appear that the KNOX warranty flag, which uses a technology called eFuse, is reversible, so evidence of modding will always be there, even if you later restore factory settings. If you do decide to root your Galaxy S5, let us know what you use it for.