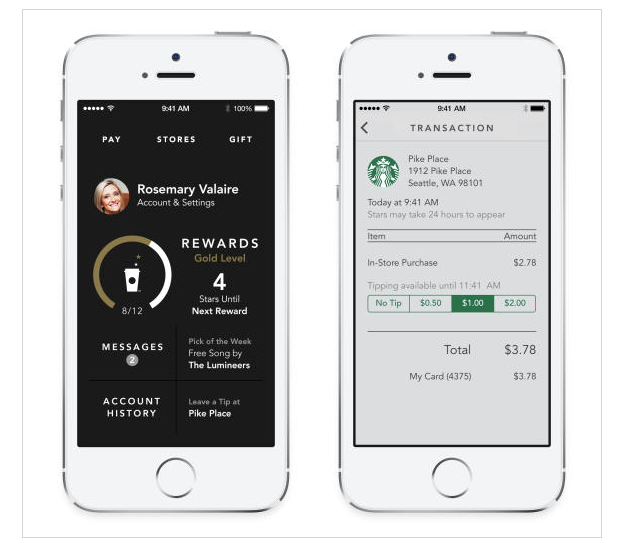 For the next big update to its iOS app, which is expected to hit Canada on March 19th, Starbucks is once again thinking about providing a better experience for both the customer and barista.

The app will be redesigned for iOS 7 but with similar tabs to previous versions that allow for quick access to see your Starbucks balance, rewards, transaction history and account settings. In addition, a new feature called “Shake to Pay” brings the ability to shake your iPhone to bring up a barcode to make a payment, though this will obviously only work within the app.

Currently Starbucks baristas are missing out on potential tips, but Starbucks wants to change this and will bring digital tipping to the forefront. Upon checkout, customers will have the option to add a tip of $0.50, $1, or $2 to their their order. If you don’t feel like leaving a tip at that moment, the app allows for a 2-hour window to change your mind and leave a tip. For now, this is only coming to the United States, but the plan is to bring this to other countries in the future.

Adam Brotman, Starbucks Chief Digital Officer, stated, “We’re really excited because tipping has been something our customers have been really asking for… More and more customers… carry cash with them less and less these days. It’s nice to be able to leave a tip for your barista and your store using mobile payment now on the iPhone app.”

As for Android, Starbucks notes that the digital tipping feature will be coming sometime later this year.