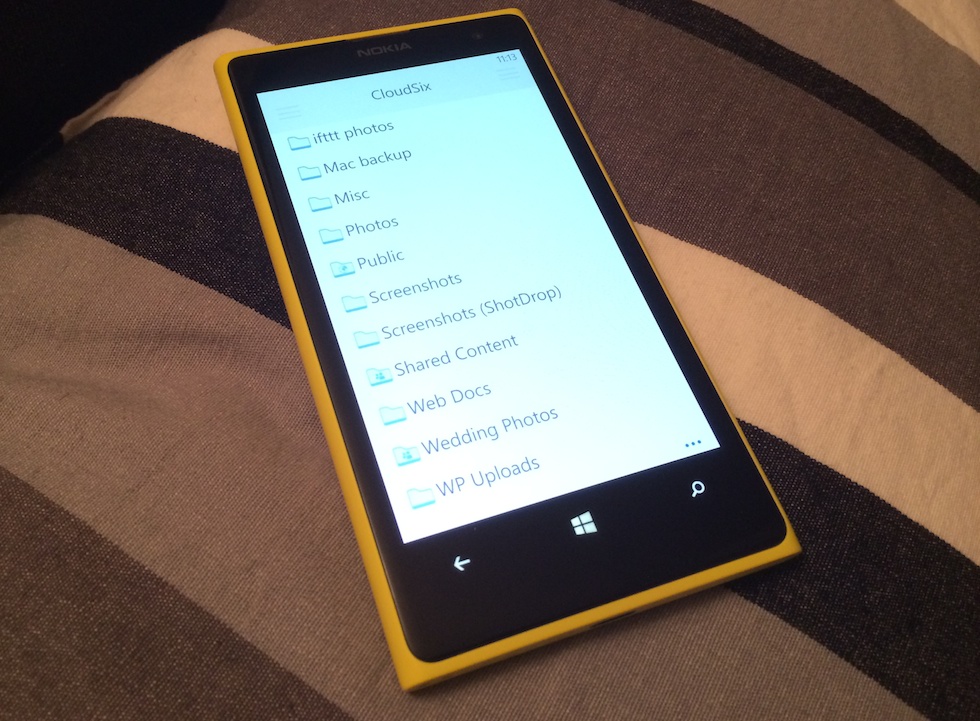 If you’re a Windows Phone user, you’ve likely heard of Rudy Huyn, the French developer that has single-handedly lifted the platform’s development community out of obscurity. A fantastically gifted programmer and designer, he is back with another project, this time addressing one of Windows Phone’s biggest shortfalls: a native Dropbox app.

While the Dropbox API is extremely flexible, allowing most of the functionality found in the company’s various first-party apps, Windows Phone has yet to produce a great client.

The app is well-made and supports automatic photo and video uploads when the device is plugged in. That may be enough for most users, but Huyn went further: he added multiple account support, and the ability to create new folders and move files between them.

CloudSix also has an excellent photo viewer, something that Dropbox itself has added to its native iOS and Android apps. In fact, were it not for the design, this app could have come straight from Dropbox itself. The app is free to use, but costs $1.29 to remove the single add on the left-side toolbar.

Finally, Huyn has promised more cloud storage apps, including ones for OneDrive, Google Drive, Box and Mega. He’s also opened the library up to other developers for integration, to more easily incorporate Dropbox into third-party Windows Phone apps. For example, a third-party Flickr app could plug into one’s Dropbox account to upload photos or save existing ones to the cloud.