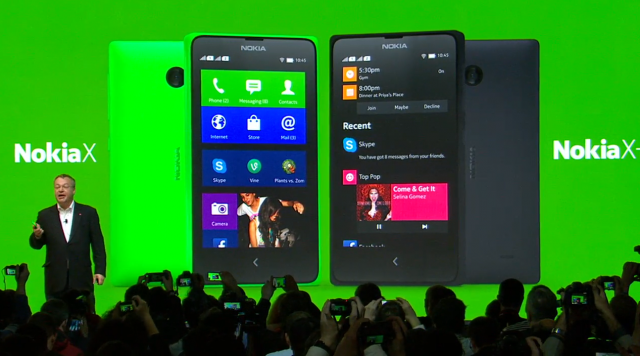 Nokia’s entry into the Android space was known for months, but this was only rumoured to be one device. At Mobile World Congress today, Nokia CEO Stephen Elop (fellow Canadian), surprised the masses and showcased three Nokia Android-powered devices: Nokia X, Nokia X+ and Nokia XL.

As expected, all the devices will run a customized version of Android, built on AOSP and cuts out any Google services, and features a similar tile-based Home screen that appears on Windows Phone. All three of them will have a 1GHz dual-core Qualcomm Snapdragon processor, dual SIM, microSD support and 1500mAh battery.

The Nokia X devices will have access to its own suite of app from the “Nokia Store” and come pre-loaded with HERE Drive, MixRadio, BBM, Plants vs. Zombies 2, Viber, Vine and Twitter, plus a bevy of Microsoft services such as Skype, OneDrive, and Outlook.com. Microsoft will also be offering up 10GB of OneDrive storage and 1-month of free Skype calls. Elop noted that “Nokia X together with Lumia represents a deliberate strategy to leverage Microsoft services,” and not Google’s. 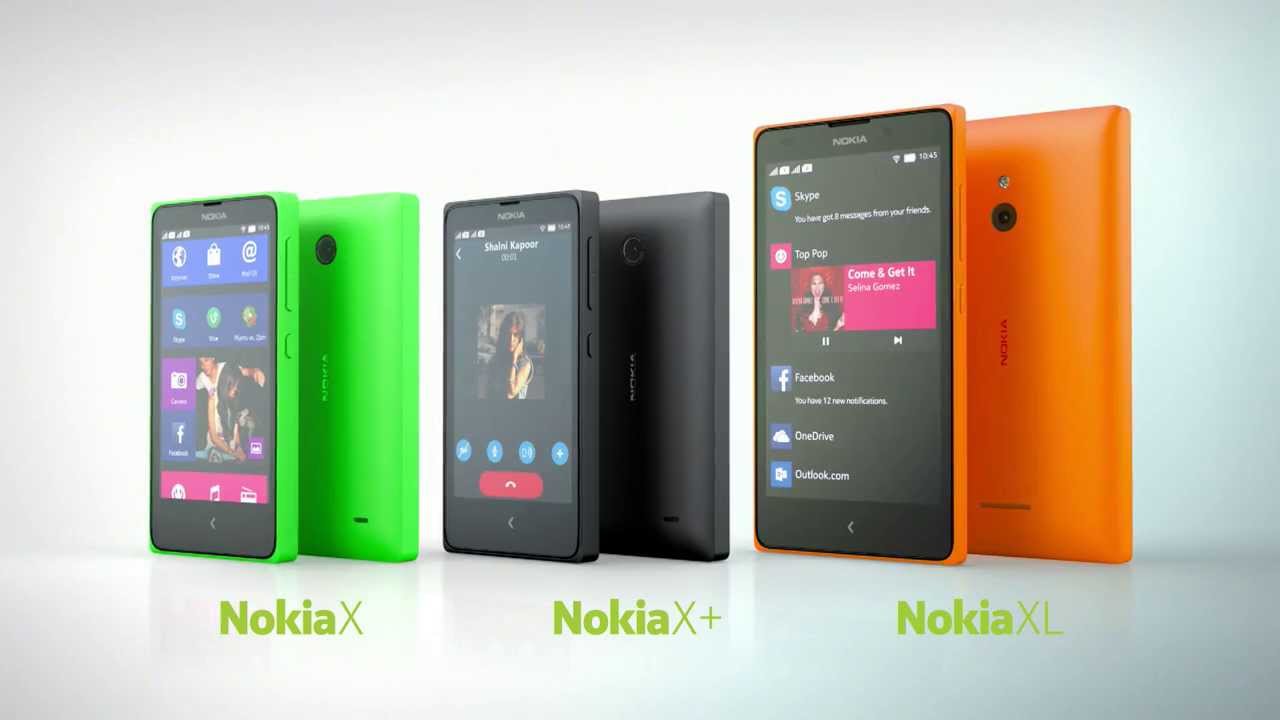 On the company blog, Nokia stated that these are “the first three phones in the family,” which hints that they are committed to this lineup and will launch additional Android devices in the future.