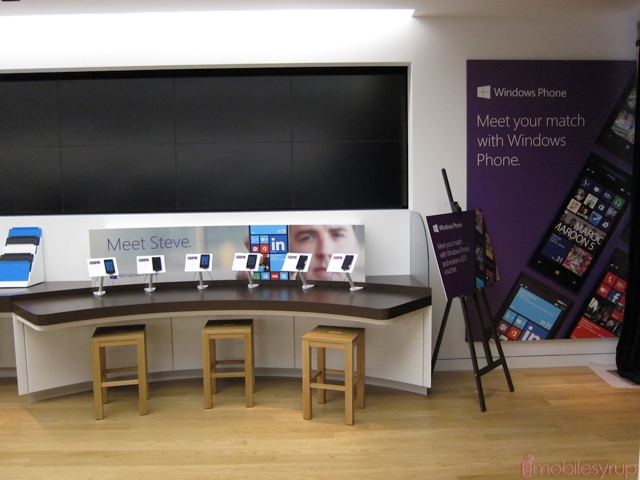 In late 2012, Microsoft held a big party to launch its Canadian flagship store at Yorkdale Mall. With new outlets popping up all over North America, the company is trying to make a name for itself in retail by bringing together its biggest brands, Windows, Windows Phone, Xbox, Office, OneDrive (aka SkyDrive), in one area.

With the announcement of a new store at Mississaugua’s Square One Shopping Centre, Microsoft is once again doing it big. The store itself opens on February 8th, and the first 200 people in line will get two tickets to see Weezer — yes, that Weezer — the following evening, February 9th, with one ticket granting access to a meet-and-greet with the band after the show . The next 2,500 customers will receive two tickets to view the performance.

To build excitement for the announcement, we are giving away a $100 Gift Card to the Microsoft Retail Store. Winning is easy: either follow us on Twitter or Facebook and leave a comment below remarking on your favourite Weezer song (mine is The Sweater Song!) and we’ll pick one person at random to win the $100 Gift Card. Note: you must be registered in the comments with a Facebook or Twitter account for us to contact you.

The contest closes on Friday, February 7th. Good luck to all who enter!

Update:A winner has been selected in the contest! Congratulations, @smnc, for winning the prize!