The smart padlock is here, and it is designed in Canada 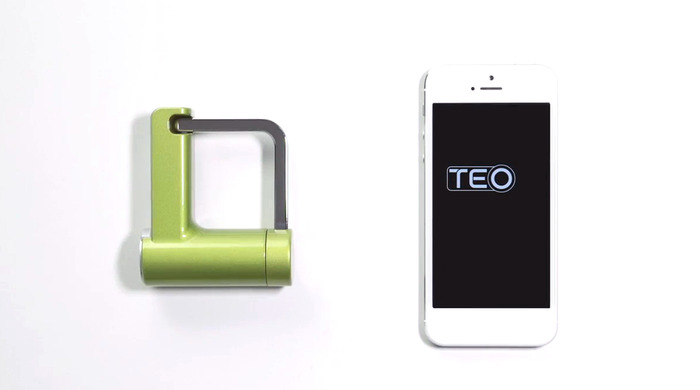 “Shoot,” he said, pounding his fist on the shed’s creaky door. “No snowshoeing for us today.” We’d driven three hours from Toronto to Haliburton, excited to traverse the freshly-fallen snow on equipment locked behind a rusty padlock, the key in my friend’s drawer 380 kilometres away.

TEO is the answer to such a problem. Envisioned by tinkerer, Gord Duncan, CEO of Total North, a BWI and IT company located in Whitehorse, TEO is no ordinary padlock. Designed by top-tier Vancouver firm, Form3 Design, the gadget promises to master real-world logistics, not just for the individual but an entire company.

“We get the enterprise,” Duncan tells me over the phone from snowy Whitehorse. “And this has some pretty big legs.” The proverbial key to TEO’s success is that it is Bluetooth-enabled, with rights and access management built in from the beginning. When it ships later this year, Android and iOS users will be able to open one or many TEO’s using tokens that lapse, or don’t, depending on the permissions contained within. This promises to be a godsend for facilities coordinators tired of shuffling rings with hundreds of near-identical keys.

“Masterlock is an $8 billion per year business,” says Gordan. “Kryptonite (the popular bike lock makers) do $250 million per year. There are serious vertical market opportunities here.” But Gordan is quick to point out that TEO’s magic isn’t in the lock itself — though it is designed to be saw-proof and unaffected by the elements — but the key.

There will be three ways to access a TEO: through the lock itself; from a smartphone; and via a token stored in the cloud. All methods require Bluetooth Low Energy to actually turn the switch, but the cloud-based method is what makes the smart padlock such a desirable product for businesses. Being able to grant access to a secure location or container for a specific amount of time is key to ensuring verticals are interested in the product. Administrators, according to Duncan, can oversee an unlimited number of locks, too.

The company is just over a quarter to its $165,000 goal, which Duncan says is enough to get the ball rolling on production, though he believes the product has legs  beyond its initial crowdfunding campaign. “The people we’ve partnered with — there’s pretty good commercial and enterprise interest because there’s credibility [among the team]. Luggage companies, rental locker companies, they want to chat.” 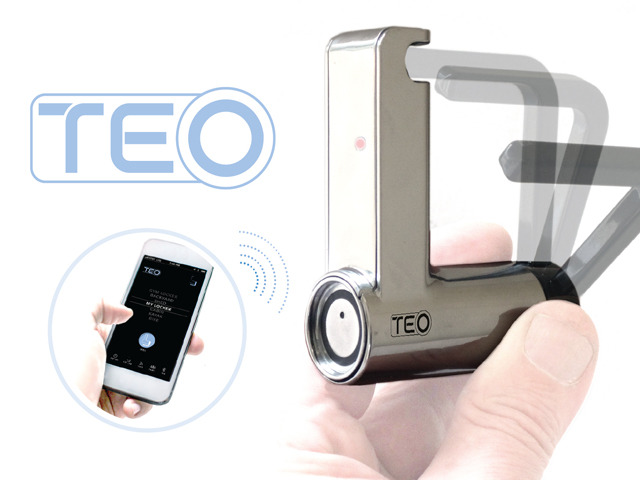 The average shed owner, too, will be interested in TEO, he hopes. Small things that keep the padlock decidedly simple, tangible and physical, were included for the individual user. “People need feedback from their lock,” Duncan says. “There’s a little LED that tells you its status. It clocks when it closes. And when holding it in your hand, you have to feel comfortable that it is a lock. It can’t raise any doubt about that.”

TEO has 53 days left to raise just over $100,000. Not only has the product received fantastic press in its short time on Kickstarter, but Duncan and his team are audibly excited about the prospects for this little padlock. The team’s slogan is “Unlock the magic,” and there is no doubt that this Yukon adventure will have a happy ending. 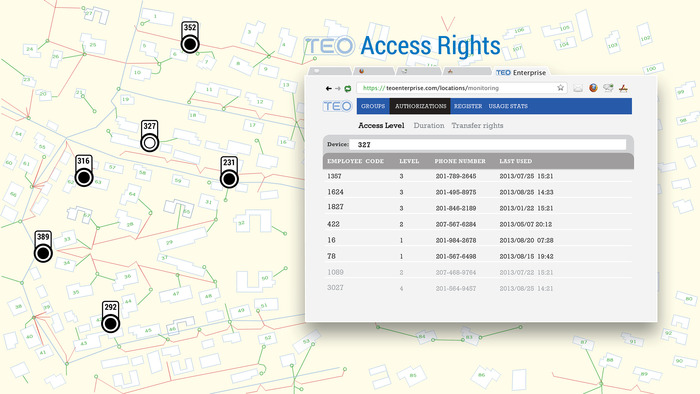