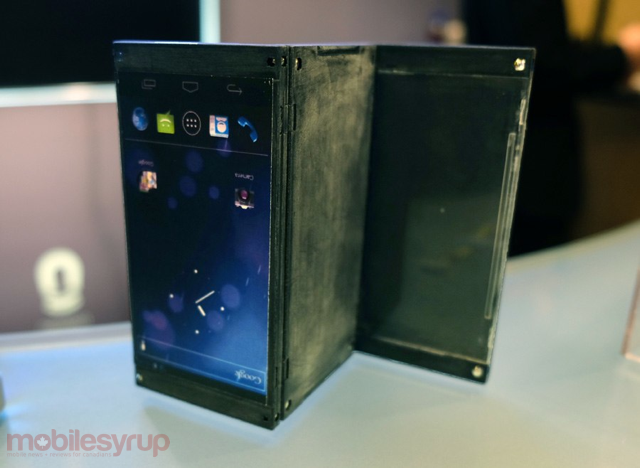 The future of connecting devices together has long been considered to go completely wireless, but a tech startup from Vaughan, ON called Nano Magnetics thinks that connecting them together physically is still a viable way to share content, transfer files or even charge one device’s battery from another.

They’re calling it Nanoport, magnetic connectors affixed to devices that allow them to not only connect physically, but also have pass-through for data and other functions without the use of a single cable. Tiling devices together, especially if they use the same operating system, could ostensibly allow them to merge features and functions. The idea is to physically integrate them so that they are modular with each other.

The connectors run on a USB bus, but they don’t have to be limited to that. It would be possible to do the same thing with, say, Thunderbolt or even Lightning. Audio inputs and maybe even TVs, monitors and other screens could have potential in the future, though little was mentioned about those.

Another example is to tile three or four phones together to create a makeshift tablet on the fly. Yet another is to stack a portable battery — or even two of them — to charge the phone’s battery faster. Or as an alternative, stacking three phones together could also enable two of the handsets to help charge the other. If a camera had the connectors, a phone could potentially be used as its user interface, or a battery pack could be tacked on to charge up the battery, a feature some professional photographers might grow to love. 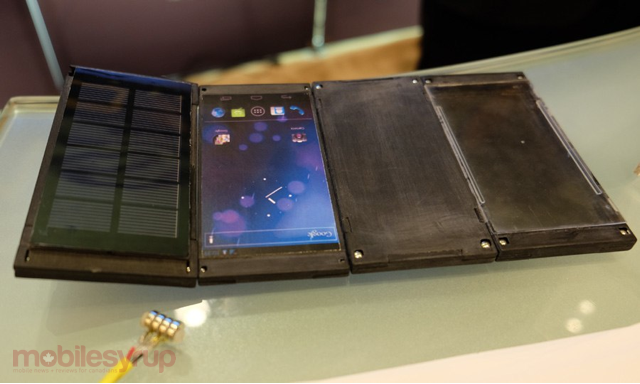 The examples seem endless because the technology can be applied to almost any portable device. The fact that certain ports and connections have become overly ubiquitous makes it easier to conform to a wider range of products. The catch is that there would be need to be significant support from manufacturers and vendors to support and license it, much like how the Qi Wireless standard has been trying to get off the ground for the last five years. Those efforts are finally bearing fruit.

Nanoport doesn’t use induction, like wireless charging products do. When asked why this would be a better file transfer alternative to something like Wi-Fi Direct, Nanoport founder and director, Tim Szeto, pointed to the flexibility of the technology, wherein it could do much more than transfer files. There would be nothing stopping a phone or tablet from helping to charge a camera’s battery, or an accessory, like a car dock or kickstand sporting the magnets, too.

Szeto added that an Android smartphone launching this year will have the technology built-in, but could not disclose which one or when. He did add that phone and tablet manufacturers have expressed “a lot of interest” in the Nanoport and are in talks with some to integrate it into more devices. Not all of the manufacturers make phones or tablets, lending credence to the use cases noted above.

I asked how two devices of varying sizes or different OS’s would work and Szeto said that devices using the same OS are compatible regardless of size, but that it’s up to manufacturers to determine how open things could be when different platforms are involved. But compatibility is still lagely out of Nanoport’s hands because they can’t get software to actually do anything, given that it’s own tech is hardware-based. App developers would be able to tap into it, much like some already do with NFC, Bluetooth, GPS or Wi-Fi Direct.

It will be interesting to see what device will have Nanoport built-in, since the only thing we know is that it will be an Android handset.