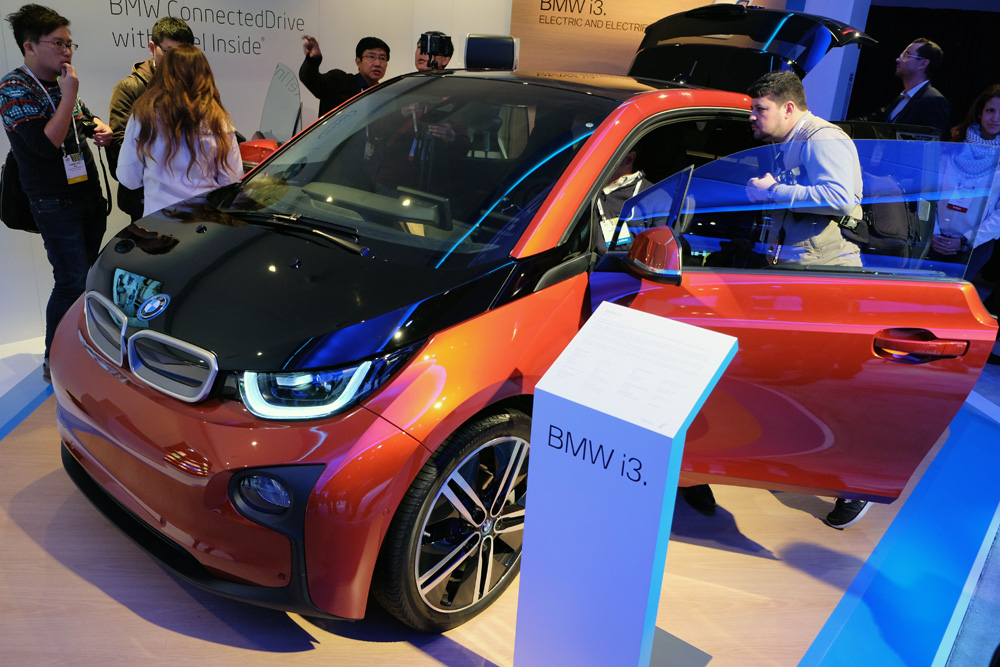 With Samsung’s Galaxy Gear smartwatch interfacing directly with BMW’s all-electric i3 compact car, and Mercedes unveiling its unique integration with the Pebble, the notion of integrating wearable devices into vehicles conjures up throwback scenes of Knight Rider.

The automotive industry has picked up the pace in trying to keep up with the rest of the consumer tech world, as car makers recognize the vast potential that mobile devices and the Internet have for improving the driver experience. This is at least one of the purposes behind the announcement of the Open Automotive Alliance, a Google-led initiative to increase collaboration between big players in both camps. 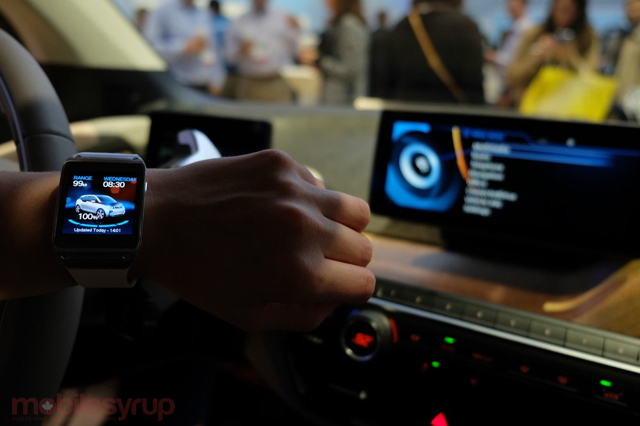 Neither Samsung nor BMW have signed on, but that didn’t stop them from working together to bridge the Galaxy Gear with BMW’s latest all-electric vehicle. Touted as the “world’s first fully connected electrically-powered car”, the i3 can be managed and controlled by the Gear in a number of different ways. This isn’t self-driving, mind you, but rather digging deep into the inner workings of the car to see and gauge its settings and performance. For example, a driver or passenger (or both) wearing a Gear could see how much mileage the car has left on its battery, set the heat or air conditioning and even the status of locks, doors, windows and the sunroof. The car’s diagnostics and servicing history can also be accessed from the watch, too.

The i3 has a SIM inside that allows it to communicate with BMW’s Remote app, and because the Gear recognizes voice commands, setting the heat in the car to a certain temperature is a mere sentence away. The i3 has a built-in navigation app in its dashboard head unit, so voicing an address will enable the app to present turn-by-turn directions to get there. It’s very Michael Knight, except the car doesn’t retort back — wittily or otherwise. 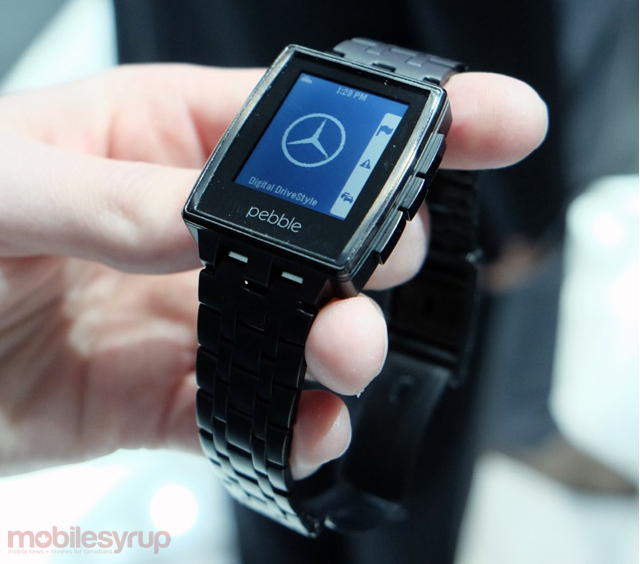 Mercedes-Benz and Pebble announced their partnership in December prior to CES, but this was the first time they could demonstrate how it works and what it will do. The new Steel Pebble is an elegant upgrade from the previous model, and seems to fit right in with the classy reputation Mercedes-Benz has always held. The integration is very similar to that of Samsung-BMW in the sense that it’s a second screen that digs into the car’s status and feature set.

The three buttons on the side of the watch act as presets, meaning you can set one to turn the car on, and another to turn it off. The choices for mapping the buttons are numerous, except there is still only a limit of three. It’s appears likely that this will evolve as development continues this year to open things up enough to have multiple sets of presets, so that users don’t have to fiddle with settings all the time. 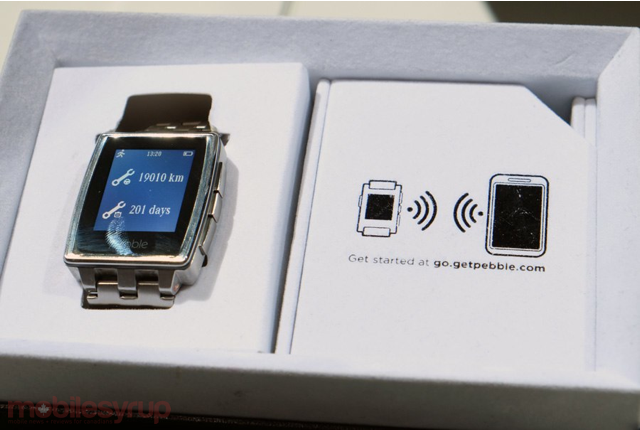 The Pebble will also vibrate differently depending on the notification. The way it comes to life for an incoming call will be noticeably different from an incoming message, email or if you forgot to lock the doors. A Mercedes rep also mentioned that the automaker is considering trying a turn-by-turn direction app on the watch for finding a car in a large parking lot. You can locate the car by making it honk remotely, but you won’t be able to see directions to get to it. There are apps for that, of course.

Everything shown was conceptual, so there is no launch timetable as of now. However, there is a very good chance that this will roll out sometime this year because the functionality will be built-in to the vehicles. Which exact models will have it is unclear, so it’s hard to say whether this will be considered a premium or elite feature, or spread across Mercedes-Benz’s fleet of cars and SUVs.