Epson Gets Into the Activity Tracking Space with Pulsense (Hands-on) 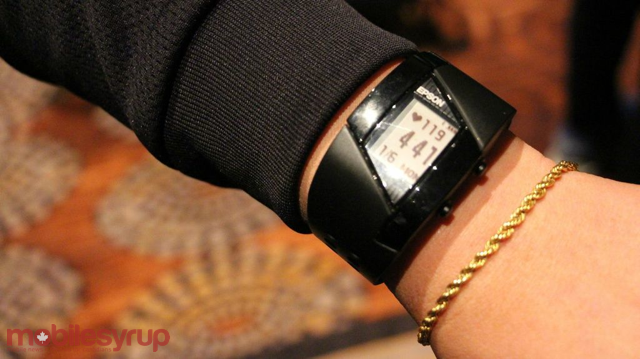 You may not automatically think of Epson when it comes to wearable computing, but the company, most often cited for its printers and projectors, isn’t new to this emerging technology. In fact, according to Epson, they were the very first company to create a wearable device. Back in 1969, they released the world’s first electronic watch. And in 1985, Epson launched the RC-20 WristComputer, a completely programmable, app-capable, smartwatch that even had a touch interface. 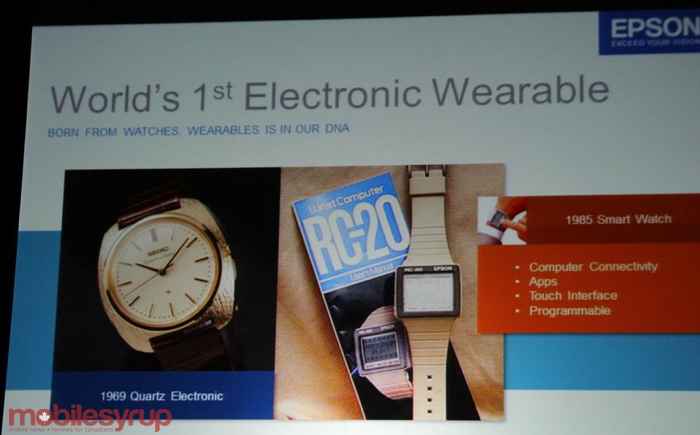 The company unveiled the new Pulsense activity tracker line of wearables at CES yesterday, a bio sensing fitness tracker that can track continuous heart rate. The line currently includes two different designs: the PS-100 Band, which looks a lot like the Nike FuelBand with a much simpler LED display; and the PS-500 watch with LCD display, which reminded me a lot of the original Basis.

The devices themselves are pretty clunky looking and are made of plastic, which doesn’t give them the most expensive feel. Out of the two, I can see more people gravitating towards the wristband which is sleeker compared to the watch. An Epson rep confirmed that they do plans to have different colours, which will be a great option for consumers.

The watch LCD display is very basic, making it easy to read. Users can use the side buttons to toggle heart rate, calories, steps and time on the watchface. The plastic display was very reflective from what I could tell at the event, so I am wondering if this would make it hard to see things when outdoors. 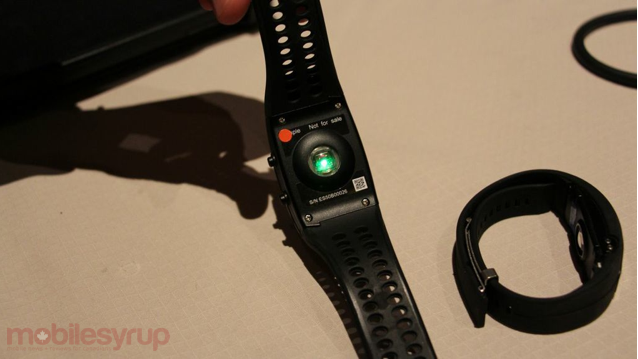 If you are the type of person that likes to get into the “zone” when working out, one neat little feature on both devices is the LED indicator which lets you know you’ve reached your aerobic zone ideal for fat burn.

The device’s optical sensor needs to be taut to your wrist in order to measure heart rate. To make sure the wearable fits all wrist sizes, Epson’s watch has a number of notches on its band. The wristband design uses a more sophisticated clasping mechanism which I wish would have also been used for the watch.  Both devices will tell you if they are unable to find your heart rate. 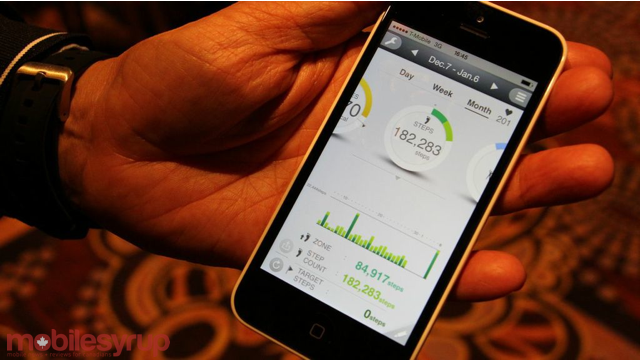 Like other fitness trackers, the Pulsense Band and watch wirelessly transmits your data to an app. Epson was demoing the iOS app at the event and it looked pretty clean and well designed with some great visualizations of data. In the app, you are able to see some pretty standard stuff like steps, calories over time. But it also features analysis of your sleep and stress levels.

Both Pulsense devices can store up to 480 hours of heart rate data before having to transfer it to a smartphone, tablet or computer so you don’t always need to carry your phone with you which is a bonus.

Epson’s Pulsense app will support both Android and iOS platforms. Epson is also working with third-party mobile app developers to work with Pulsense. They have already noted that they have Digifit and Custom Fit 4 You on board to support the device.