Texting, according to the latest CWTA chart, is declining.

The Canadian Wireless Telecommunications Association has once again released some numbers that show texting habits of Canadians. For the three months ending September 2013, Canadians took to their mobile devices to send over 23 billion text messages, which is approximately 250 million messages per day. The number of MMS messages in Q3 was 316 million. 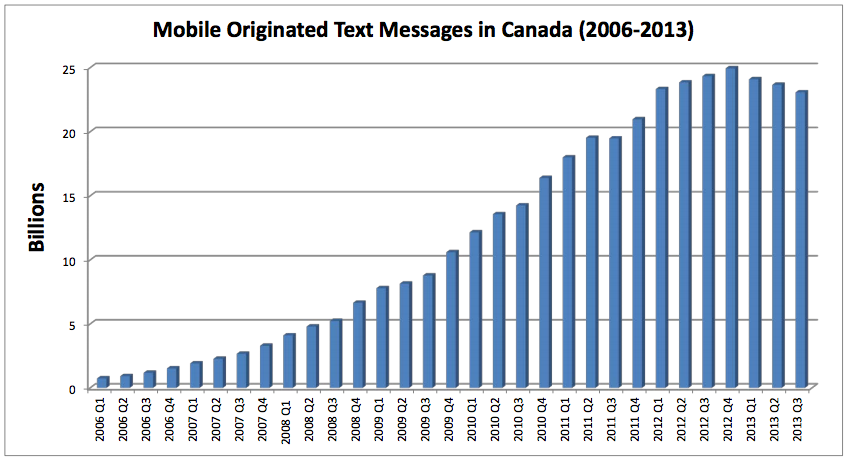 As you can see by the chart number of text messages sent by Canadians is slowly declining. The CWTA tracks “regular phone-to-phone texts” from CWTA carrier members and not third-party services like BBM, WhatsApp, Facebook Messenger, Twitter, iMessage or Google Hangouts; many of these services are likely eating into the market for traditional SMS.

We reached out to the CWTA and they gave us these exact text message totals for 2013: