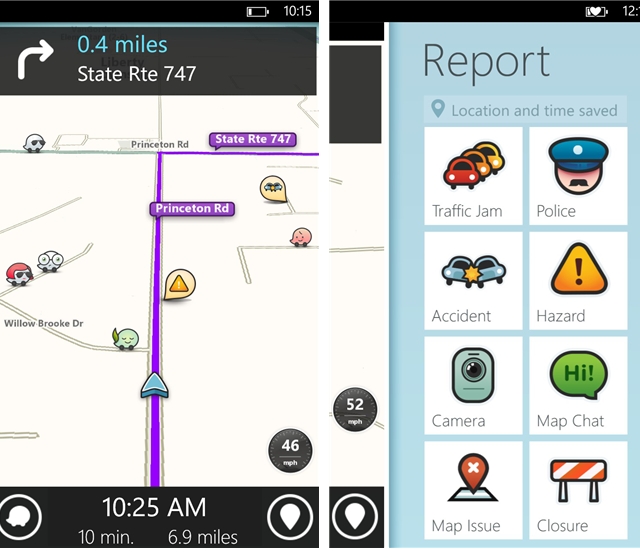 Though it looks and works similarly to its iOS and Android counterparts, Waze for Windows Phone functions by contributing data to other users just by leaving the app open; users can also report traffic snarls and accidents with a couple of taps.

Like HERE Drive+, Waze learns where you go most often, and can notify you of the nearest gas station or send an ETA to a loved one without any user input.

Google’s recent update to its Windows Phone Search app, along with this release, may not be the detente users want between them and Microsoft, but it is a step in the right direction.