Cover promises to be the best lock screen replacement for your Android devices, but be prepared to wait 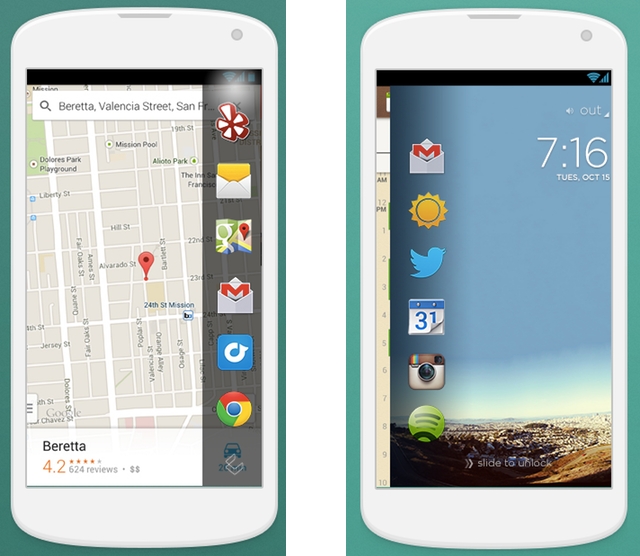 There’s a new Android-only app purporting to change the way you use your phone. Think Aviate but for your lock screen.

Cover is the product of a startup with the same name, aiming to stay “Android-first” and “Android-only.” The company wants to remind users, both on Android and elsewhere, that Google’s mobile OS is much more flexible than its competitors, and is the only one that allows functionality like you’d find on Cover.

At its core, Cover is a lock screen replacement that doubles as a context-aware app launcher; it offers you a number of different apps that can be easily accessed with a single swipe, and with a “Peek” feature you can slide to see what’s going on within any of those apps immediately (I wonder where we’ve seen that before).

There’s also a quick multitasking menu accessed by a gesture but, like LG’s QSlide feature, it doesn’t look to actually save that much time in the long run.

Still, Cover is intriguing and certainly worth putting your name down for. No word on how long you’ll be waiting, but if it makes you feel any better, we’ll be waiting together.