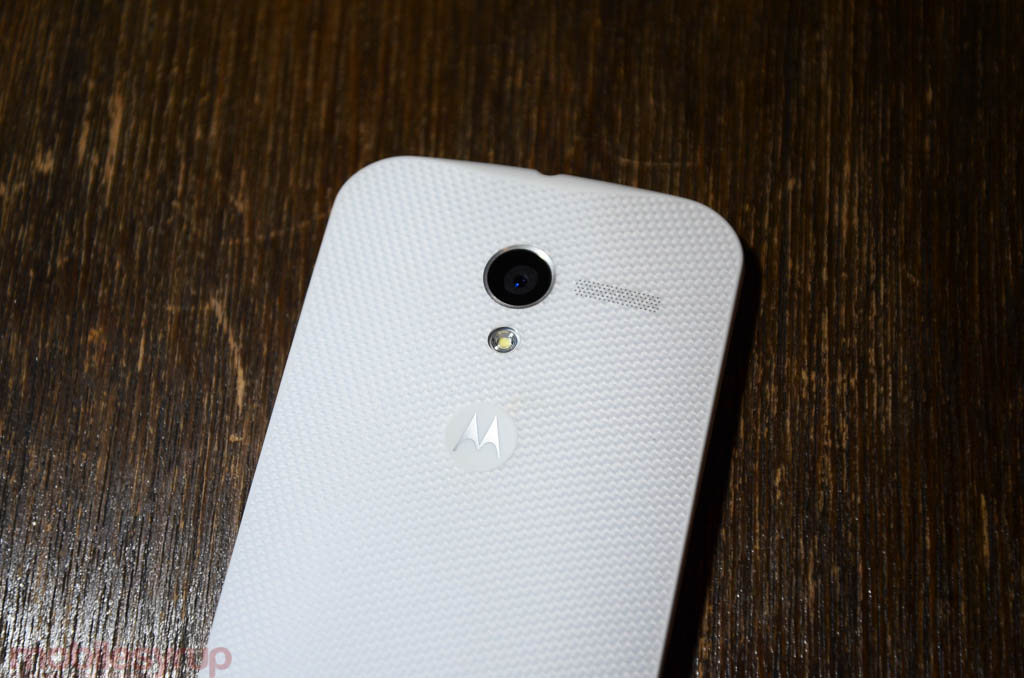 An upcoming OTA update for the Moto X, rolling out today to T-Mobile customers in the States, reportedly fixes the most frustrating aspect of the device: its inconsistent camera quality.

While the 10MP sensor is capable of shooting some remarkably good photos, it left us feeling like its too-simple-to-screw-up UI was getting in its own way. The camera app often set white balance and exposure incorrectly, leading to washed-out and otherwise grainy shots. Photos taken with the new firmware appear to have more detail, better contrast, and more intelligent per-scene lighting results. In low-light shots, photos appear less splotchy, with more detail at the expense of a bit of low-level noise.

At this point the update, which keeps the device on Android 4.2.2, has only hit one carrier, but we’re hoping that Rogers quickly follows suit and approves it. The Moto X is currently one of our favourite devices, and with an improved camera experience we plan to maintain our recommendation.