BBM for Android leaks but you can’t use it yet 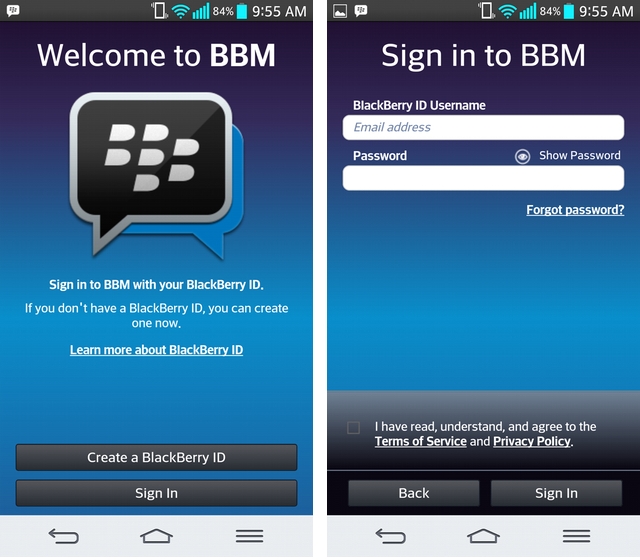 BBM for Android and iOS are coming soon, but the former suffered a leak this weekend that lets users sideload the APK file and open the app. Unfortunately for most, likely because BlackBerry saw this day coming from a mile away, the actual functionality — logging in with a BlackBerry ID and using the app — is restricted to a small number of whitelisted accounts.

While it’s not clear whether this is a production app, as even the brief moments I had it open were filled with bugs, BlackBerry is maintaining a clear, unified design between its apps on BB10, Android and iOS. The only thing of note was a permanent notification in the status bar when the app was open. I really hope BlackBerry doesn’t use the notification API to keep the app persistently open in the background.

If you want to see what the fuss is about, head to CrackBerry’s forums here.