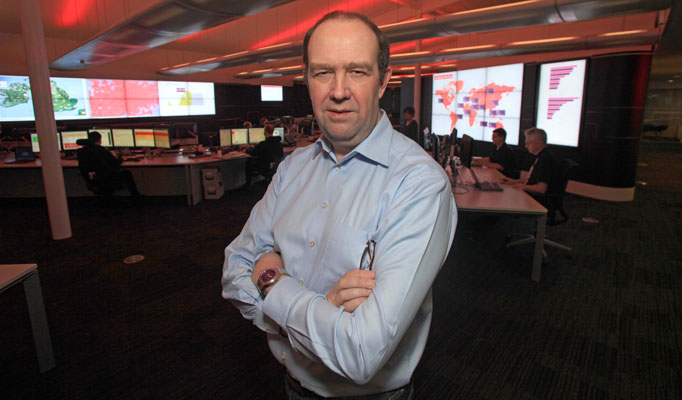 Rogers has just announced that Guy Laurence will take the helm at the communications and media company on December 2nd. Nadir Mohamed will then resign and sail off into the sunset, possibly work on a number of charity causes that he supports.

Curious who Guy Laurence is? Well, he’s the current CEO of Vodafone UK, a position he’s held since 2008. Laurence is known within the industry for shaking up the corporate culture, transforming customer service and turning companies around. Extending past telecommunications, Laurence has also had vast experience in media – something that Rogers is deeply involved in – holding various positions at MGM Studios, Chrysalis Records, Carlton Television and Universal/Paramount.

There’s a video from last year on YouTube called ‘The Death of Conventional Working.’ This might give an insight into what Laurence might bring to the table. He speaks about how “conventional offices are dead. Conventional working is dead. We just have to accept it.” He states that the rules that most companies operate under were developed about 70 years ago when there were limited ways to communicate, plus that having a physical meeting in a designated office is a thing of the past. Laurence goes deep into how to Generation Y is shifting the workspace and encourages developing a ‘community.’

Finally, Laurence emphatically says that “nobody has an office. I don’t have an office. I sit in an open plan and nobody owns a desk. You can sit wherever you want… we don’t have secretaries manning machine gun towers outside their bosses offices to stop people getting in.”

Could be a very different Rogers in 2014. Watch the video below.