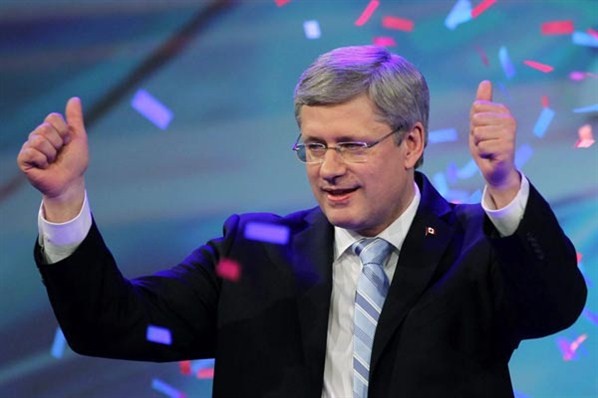 Rogers, Bell and TELUS were all calling for a “level playing field’ over the past couple weeks, directly taking aim at ‘policy loopholes’ that would allow foreign investors to enter the wireless market, and specifically give ‘giant American corporations an advantage in the wireless spectrum bidding process.’ Without directly stating Verizon Wireless in their advertising, the Big 3 were pulling out all the strings and informing the government of the ‘massive consequences for Canadians.”

The message was heard loud and clear. However, Prime Minister Stephen Harper declared today that he’s not budging or making any changes to the current policy framework. “Our government has pursued this very consistently… a policy of fostering greater competition in this industry for the benefit of Canadian consumers over the past few years,” said Harper in a report in the Globe. “While I appreciate some companies have interests that are very important, our government’s first priority is the wider Canadian public and Canadian consumers and we are convinced this is where they want to see us go.”

Of course, there’s still time and politicians have been known to quickly shift their viewpoint. If any changes were to be made they would need to in place by September 17th – this is the final day for interested parties to submit a deposit to participate in the upcoming 700Mhz spectrum auction in January 2014.

Bernard Lord, president of the Canadian Wireless Telecommunications Association (CWTA), stated “If the government wants to open the borders, they must close the loopholes first.”

WIND Mobile and Mobilicity are currently for sale and it’s rumoured that Verizon is interested in acquiring their assets, subscriber base, and spectrum. However, no formal agreement has been made public.