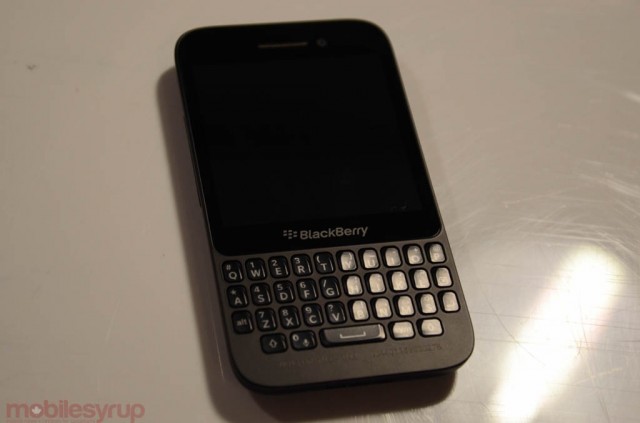 Canada was one of the first countries to launch the BlackBerry Z10, then followed up by bringing the QWERTY/Touch Q10 to market. Today, Canadians were informed that the entry-level BlackBerry Q5 will soon launch at various carriers and retailers. According to the press release, the Q5 will be available in Canada on August 13th at Bell, Fido, Koodo, SaskTel, TELUS, and Virgin Mobile Canada, plus in an onslaught of retailers such as Best Buy Canada, Future Shop, Target, TBooth Wireless, The Mobile Shop, The Source, Walmart, and WIRELESSWAVE.

The Q5 will be available in black at all carriers, but Virgin Mobile will score the exclusive on a red version. This BlackBerry 10 powered smartphone has a similar design style to the Q10, but clearly targeted to a different audience as its more youthful. The price, as stated yesterday by Koodo Mobile, is set at $350 outright and comes with a 3.1-inch display (resolution of 720×720), 1.2GHz dual-core processor, LTE connectivity, 5MP rear-facing camera, 2MP front-facing camera, 8GB internal storage, 2,100mAh non-removable battery, overall dimensions are 120 x 67 x 73mm with a weight of 120 grams.