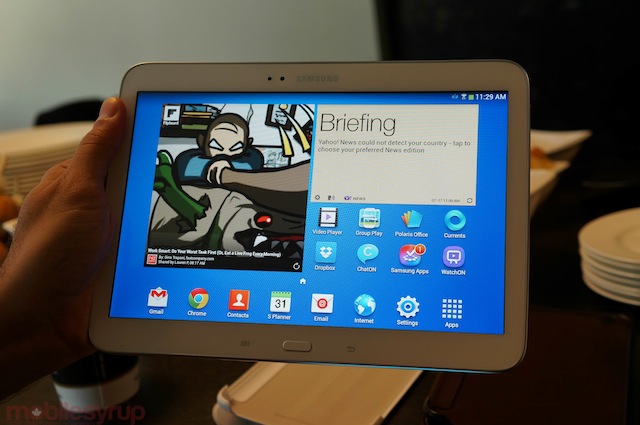 Samsung is launching a new range of Galaxy Tab 3 devices this month, in 7-, 8- and 10.1-inch versions. The smaller two are already on sale, and the larger model should be available before the end of the month. None of the tablets are huge departures from previous models — the Galaxy Tab series is proving to be extremely iterative in both looks and internal specs — but there is a great deal of refinement in each, from a hardware, software and price perspective.

I spent most time with the 8-inch version, as I felt it was the most interesting. At 7.4mm, the device is slim, light and extremely portable, and lacks neither speed nor up-to-date software. Indeed, at $299, the Galaxy Tab 3 8.0 is far better value than the equivalent Galaxy Note 8.0, and if you don’t need the S Pen for input, it’s quite amazing value. 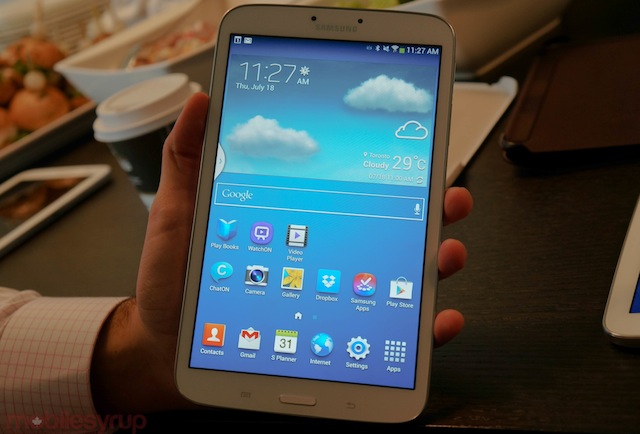 The main draw here is the superlative form factor, which, like the iPad mini, has much smaller vertical bezels than its larger counterpart, and is therefore easier to palm and operate with one hand. The screen resolution, at 1280×800, is not the sharpest we’ve seen from such a tablet, but the panel is of high quality and extremely responsive.

Unlike the 10.1-inch model, which encourages usage in landscape mode (and has the home button orientation to prove it), the 8-inch version model feels more natural in portrait mode, and phone apps scale better as a result. 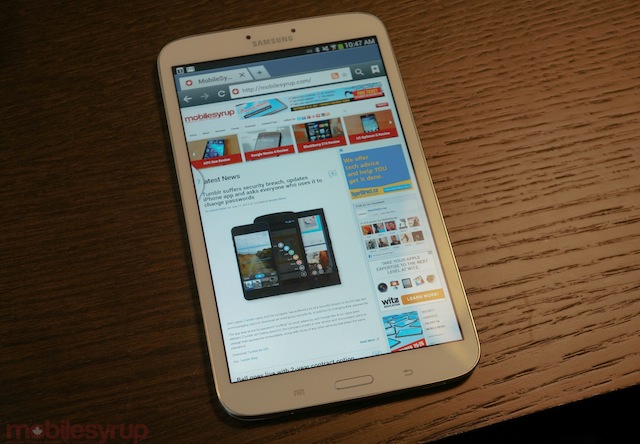 The Galaxy Tab 3 8.0 and 10.1 run Android 4.2.2 with a similar version of TouchWIZ to the Galaxy S4, but there are several features, like Air Gestures and Smart Pause, that are not available. Indeed, the simplification of TouchWIZ is actually welcome here, as there are few fewer performance quibbles to note, despite running slower hardware than the flagship smartphone.

All three tablets (and we’ll talk about the 7-inch model in a second) feel far more robust and well-made than their predecessors. Gone are the days are creaky, soft plastic. And though they all retain the same glossy coating as their phone equivalents, they tend to get less scuffed and sweaty. 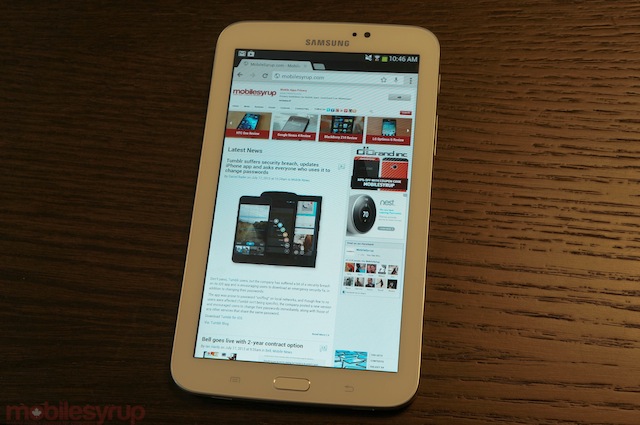 The 7-inch version of the Galaxy Tab 3 is the least interesting of the bunch, and doesn’t hold a candle to the Nexus 7. It retains the poor 1024×600 resolution of its predecessor, and sports underpowered hardware that less complements than holds back its Android 4.1-based software. If $199 is an absolute limit, I’d recommend the upcoming Nexus 7; if you can stretch your budget to $299, definitely go for the Galaxy Tab 3 8.0. 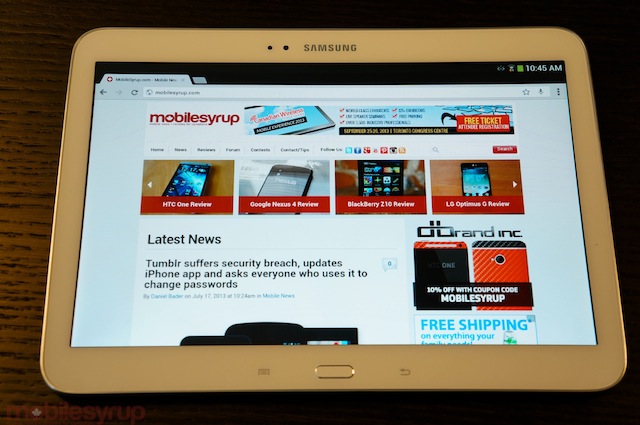 The 10.1-inch version is also quite interesting. It runs a dual-core Intel chip, though you’d never be able to tell from an average usage session; it’s fast, fluid and highly optimized for TouchWIZ. The software itself, also based on Android 4.2.2, resembles more a smartphone UI than the previous generation of tabs: there is a drop-down notification bar, a customizable dock with an app drawer icon on the bottom, and the home/back/multitasking buttons have been moved from software to hardware. Like the other two models, the Tab 3 10.1 resembles an oversized Galaxy S4 smartphone.

It’s clear that Samsung is projecting these devices to the mid-range, undercutting Apple by a significant margin, especially in the larger sizes. The Galaxy Tab 8.0 bests the iPad mini in hardware specs, screen resolution and density, and comes close to it in terms of look and feel. It’s also $80 cheaper. 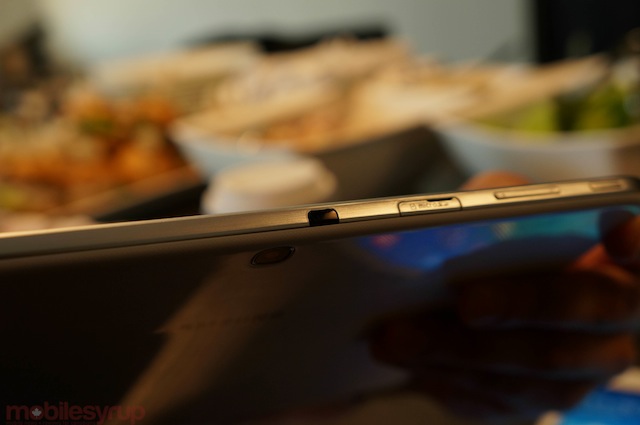 The 10.1-inch model is a harder sell. Though the device performs relatively well, its screen resolution of 1280×800 is comparatively low, and is grossly overshadowed by the iPad’s Retina display. The lack of fully-blown tablet apps also places the 10.1-inch model in poor stead, as the iPad boasts over 300,000 tablet-optimized apps.

At least with the 7- and 8-inch versions, which will primarily be used in portrait mode, blown-up phone apps look pretty good. On the larger variant, especially when used in landscape mode, most Android apps fail to impress. 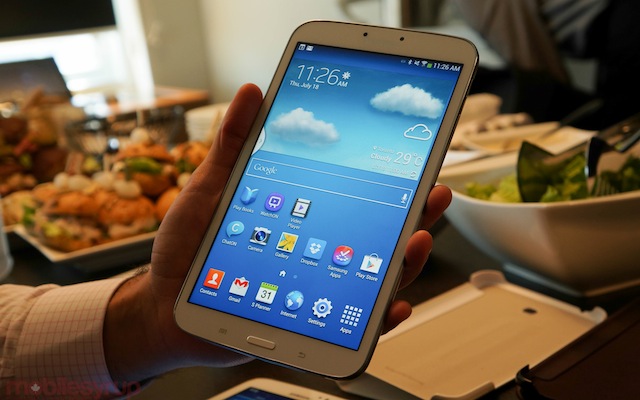 Samsung has packed a lot of value into its three new Tab devices, but the king of the crop is the Galaxy Tab 3 8.0, which, at $299, is a relative bargain and a great travel companion.

We’ll have full reviews of all these models in the coming weeks.