Update: Rogers proposing to build a cellphone tower in West Vancouver with different colours and “lights to create a kind of public art” 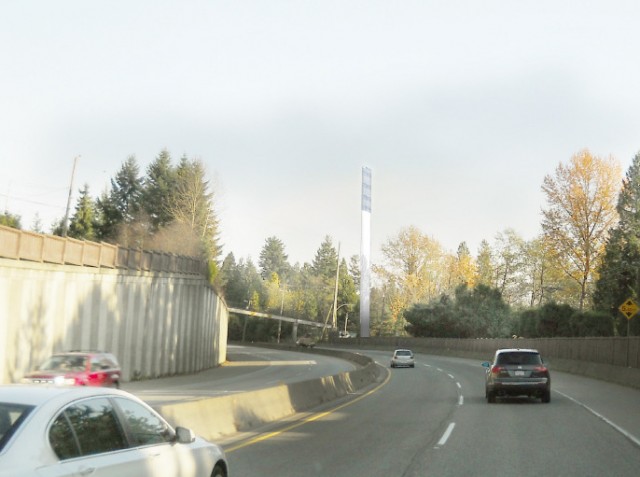 Carriers invest millions of dollars every year to improve cellphone coverage by installing antennas and towers. You’ve probably seen these massive eyesores staring back at you while driving, but recently there’s been desire from the general public to come up a less obtrusive tower designs. We’ve seen towers pop up in the form of a cross on Church land, plus ones that look like trees in the Muskoka area.

A new cell tower is potentially being dreamed up in Vancouver’s North Shore. The region currently has spotty coverage due to the high elevation and mountains. According to a report in The North Shore Outlook, Rogers is planning an ‘innovative’ idea that could bring a whole new level of tower design.

Apparently Rogers hired Vancouver-based architect firm Dialog to design towers that “won’t have any visible antenna.” The proposed towers are 36-metres high and allow for “graphics and different colours” to be embedded into the design, plus have “the possibility of lights to create a kind of public art.” Sounds like a big ad, or possibly the same experience of the CN Tower in Toronto. The pictures gives a good indication of what residents will possibly see, but the government might have an issue with distracted driving if there’s a light show happening.

Update: Apparently the tower will may not look this pretty. We’ve received this statement from Rogers:

“Rogers has no intention of adding any embellishments to the new tower design, nor does West Vancouver and there are no plans to do so. That would require local community support, which is not what is being pursued here. The illustration was just a means of visualizing what it *could* look like *if* a local government wanted to mark highway exits, traffic alerts or any other public purpose include art. Any embellishments would be those requested by the local community” 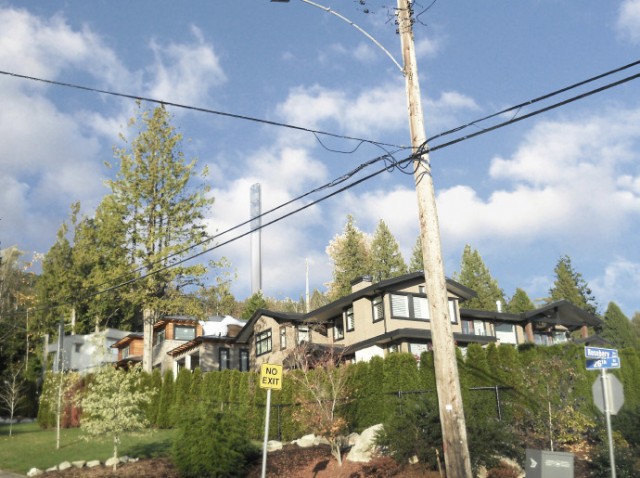