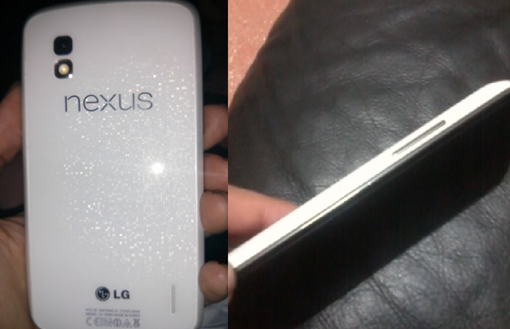 Google I/O may not be the product-launching bonanza of previous years, but there are rumours that Google will refresh its main Nexus smartphone, the Nexus 4, with a new colour and LTE connectivity.

The white Nexus 4 was expected to launch alongside its black counterpart in November but never materialized. Google never acknowledged the second colour, so it was thought to be held back due to low demand, simplified marketing messaging or, most likely, manufacturing issues. White cellphones are notorious for being delayed due to the difficulty of creating a white surface that doesn’t discolour or fade. With the Nexus 4 colouring behind glass, that doesn’t quite jibe with traditional thinking, but it’s a good theory.

If Google does re-launch the Nexus 4 at Google I/O with LTE connectivity, it would make sense that it would release the white version, perhaps as a limited-quantity special edition, for users to purchase. We wouldn’t be surprised to see a slightly larger battery inside the phone, too, to offset the higher demands of the LTE chip.

All will be revealed on Wednesday, May 15th at 12PM ET, when the Google I/O 2013 keynote is scheduled to begin.

Google is looking to add more relevant news to Search