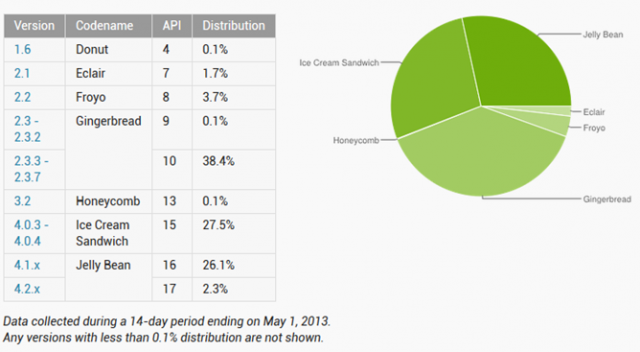 Google has updated its monthly Android distribution numbers and things are looking good for app developers supporting just Ice Cream Sandwich and above.

Overall, though Android fragmentation is less of a concern than it was a year ago, it’s still disconcerting that Android 4.2, which is about to replaced by what we believe to be Android 4.3 at Google I/O, is still running on under 5% of devices. That number is sure to notch up a few digits when the Galaxy S4 is released in large numbers this month, but we’d like to see OEMs roll out updates to more devices over the summer.