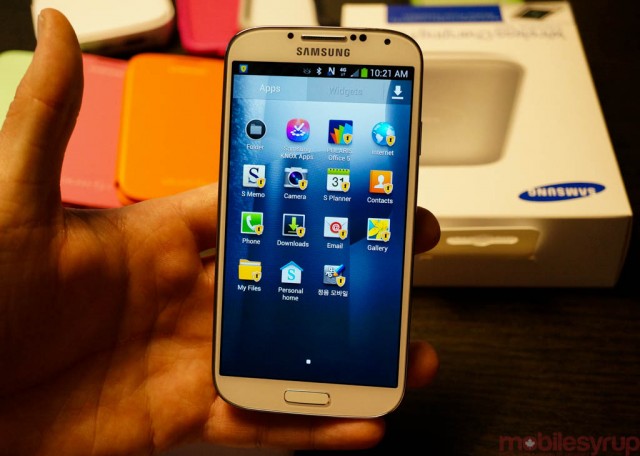 We’ve been graced with a final hardware build of the Galaxy S4, and thought we’d take it for a hands-on spin before sitting down to write our in-depth review.

This is the same phone we saw in March during Samsung’s lavish New York launch event, but it’s been optimized specifically for the Canadian market. First, to get any ambiguity out of the way: this is the Qualcomm Snapdragon 600 version, with four Krait cores running at 1.9Ghz. While nominally slower than the octa-core Exynos version, at least based on initial benchmarks, the phone is clocked higher than the HTC One (which runs at 1.7Ghz) and should take the crown as the fastest Android phone on the market.

It’s also worth noting that the build we have is not final software, so any glitches or slowdowns cannot be taken at face value; we’re expecting a software update before launch to even out any pre-release bugs. But even as it stands, the Galaxy S4 is a fast beast, subjectively smoother than last year’s Galaxy S3. 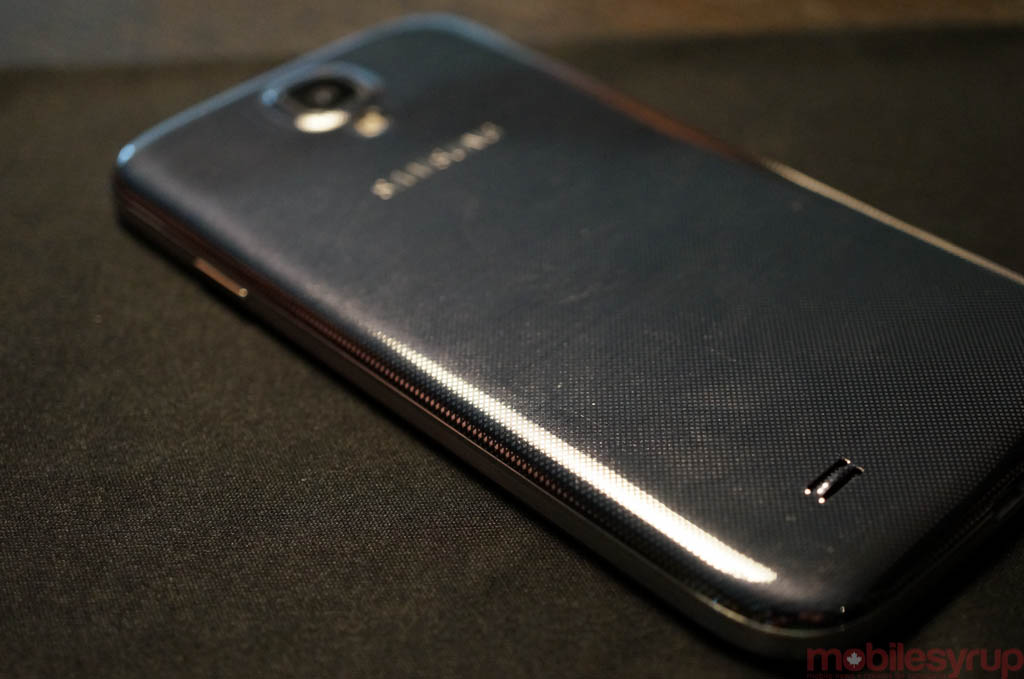 Launching in two colours, Black Mist and White Frost, the design resembles its predecessor in many ways, but there are some significant improvements both to build quality and aesthetics. Samsung eliminated what was left of the device’s bezel, so the GS4 at 136.6 x 69.8 x 7.9 mm is actually narrower and thinner than its predecessor. At 130g it’s also lighter, but the new glossy hardening material applied to the polycarbonate makes the phone feel more solid.

The chrome bezel that runs along the sides of the device appears to be metallic, and looks far better than the waving curve on the GS3, but don’t mistake it for metal. 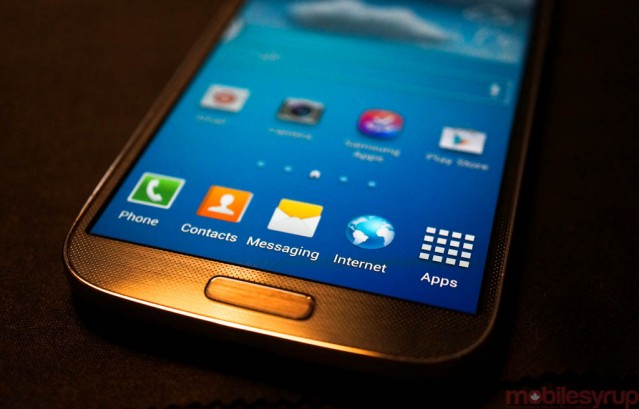 The home button layout is identical to the Galaxy S3 and Note 2, but the button itself is centred between the lower portion of the screen and the bottom lip of the phone. It’s this single symmetrical refinement that stands in for much of the evolution of the Galaxy S series; everything is a little nicer, a bit cleaner, and slightly more hardy.

As a layout, the Galaxy S4 still defies Google’s conventions, opting for capacitive keys to either sides of a physical home button, with the menu and back button “swapped” compared to most modern Android phones. Coming from another device, it may take some getting used to, as you’ll accidentally tap the menu button by accident a few times before settling in. 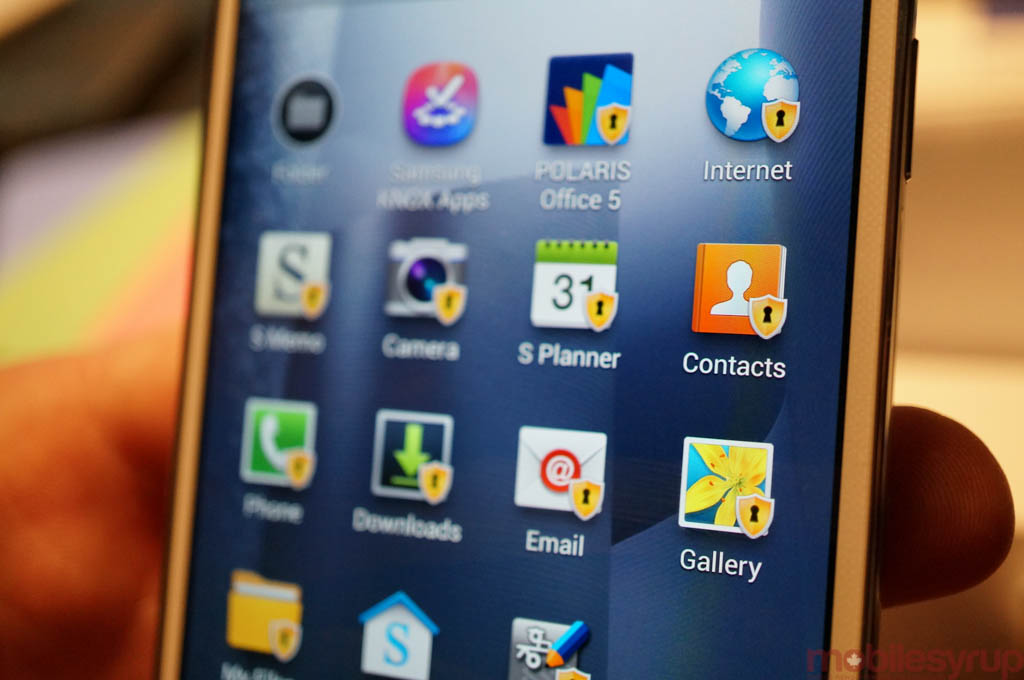 The phone’s screen is improved over the Galaxy S3 and Note 2, propping up both the resolution and the colour accuracy. It’s clear this Super AMOLED display is more tightly calibrated than its predecessor, as colours look far less oversaturated and burned out.

Despite claims of this being a PenTile display, which is comprised of only two subpixels for every pixel (as opposed to three on a regular RGB LCD), you’d be hardpressed to find any aberrations or pixelization on this 1080p screen. Samsung has increased the device’s resolution to 1920×1080 which, at 5-inches, makes for a nice pixel density of 441ppi. 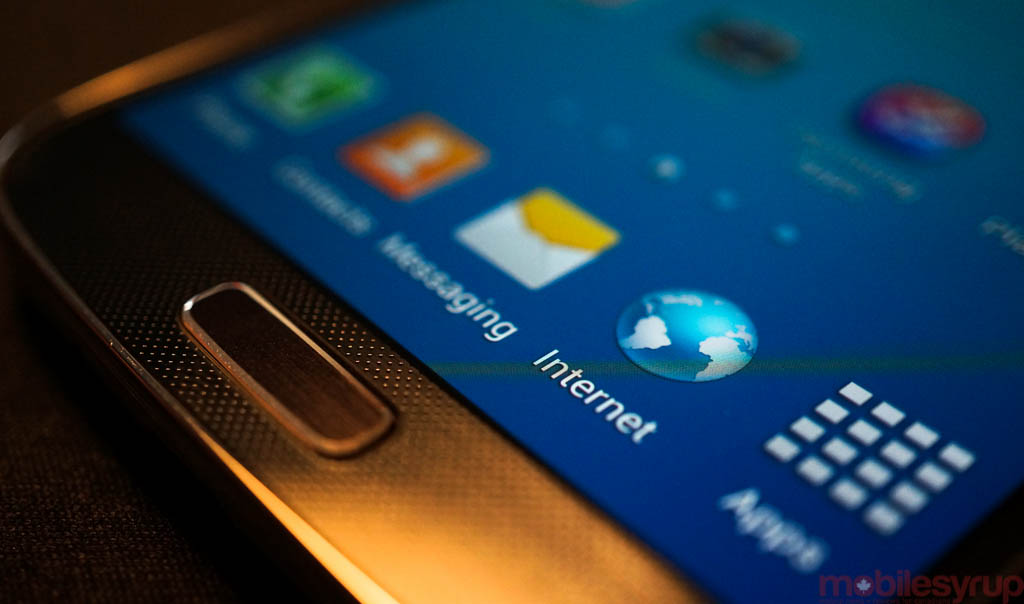 At first glance, it’s difficult to tell whether it’s a better screen than on the HTC One, though I’m leaning towards saying it’s not. Blacks are deeper, obviously, given it’s an AMOLED display, but the HTC One pops, both in terms of colour accuracy and clarity, whereas the Galaxy S4 only shimmers. It’s a great display, but it’s not the best display. 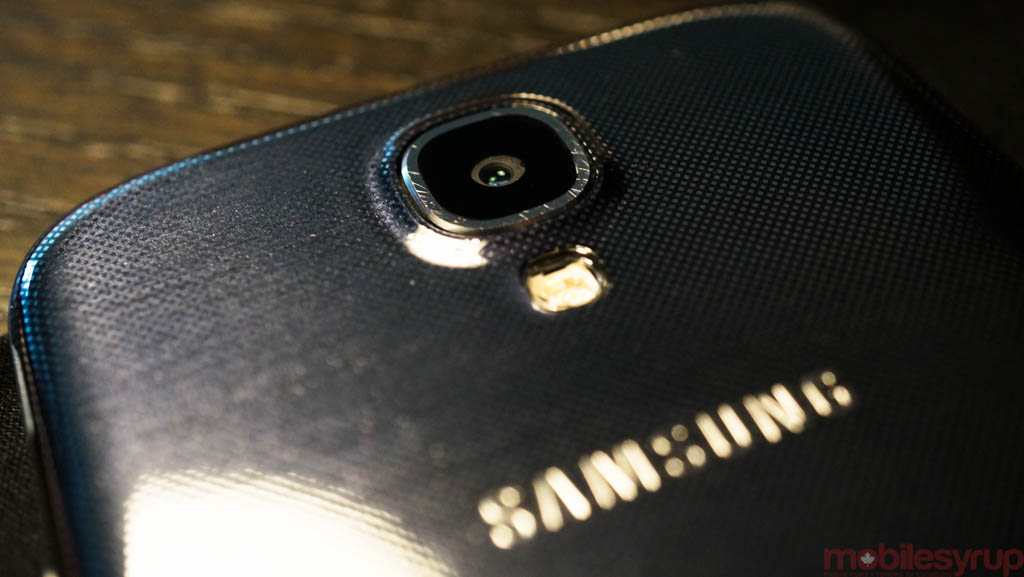 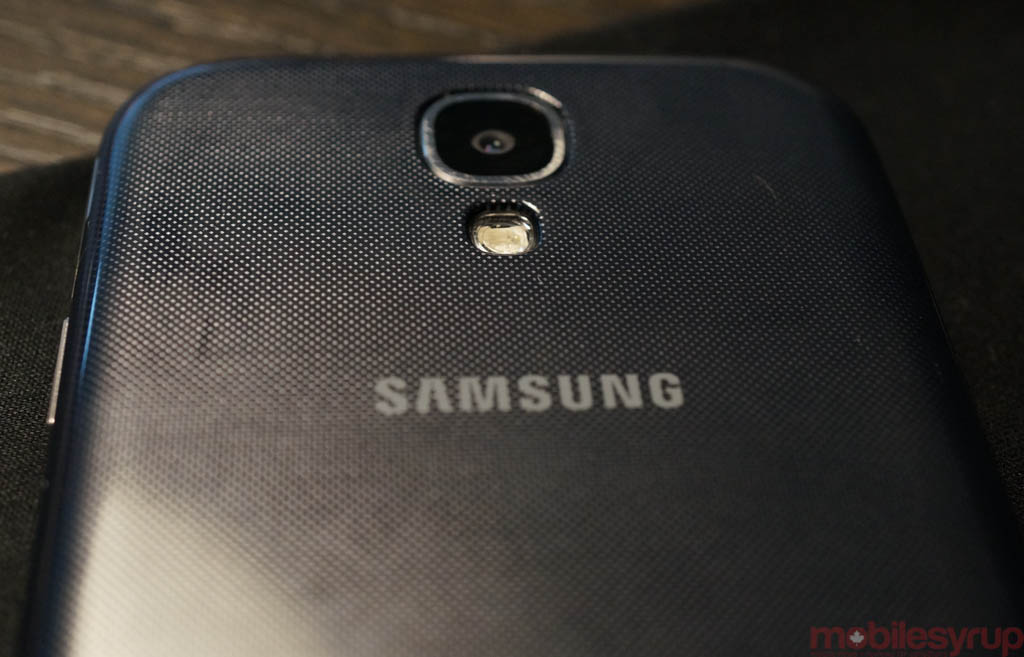 Another way to tell the Galaxy S3 and Galaxy S4 apart is the repeating dotted texture on the front and back of the device. This is present on both the black and white variants, but is far more pronounced in the former. It’s a welcome addition, and is subtle so as to only show up in direct light, much like that of the LG Optimus G and Nexus 4. 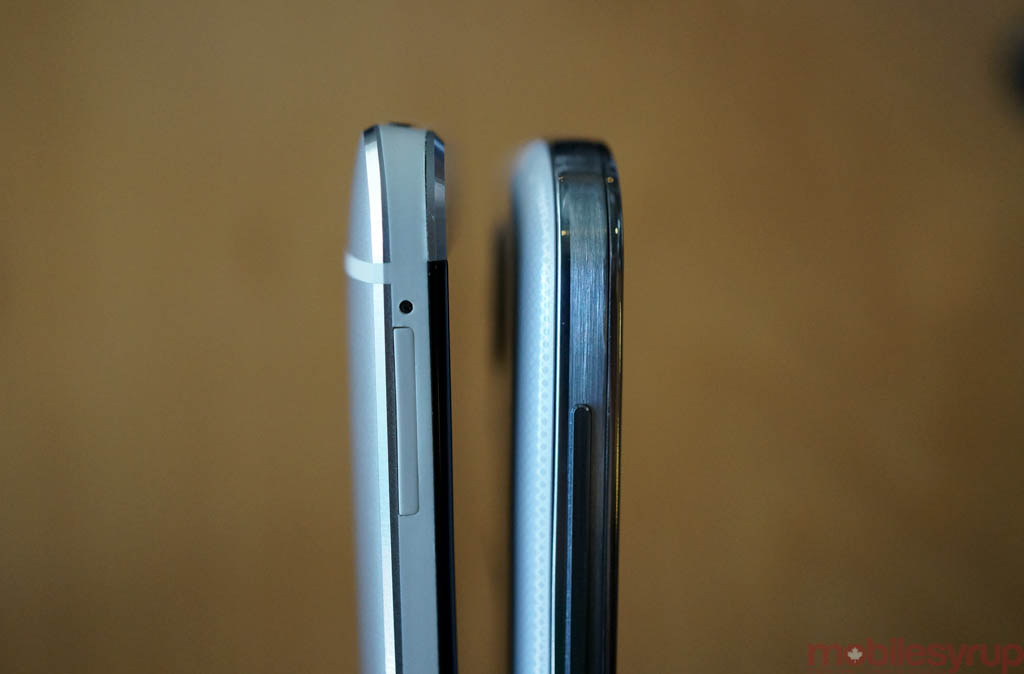 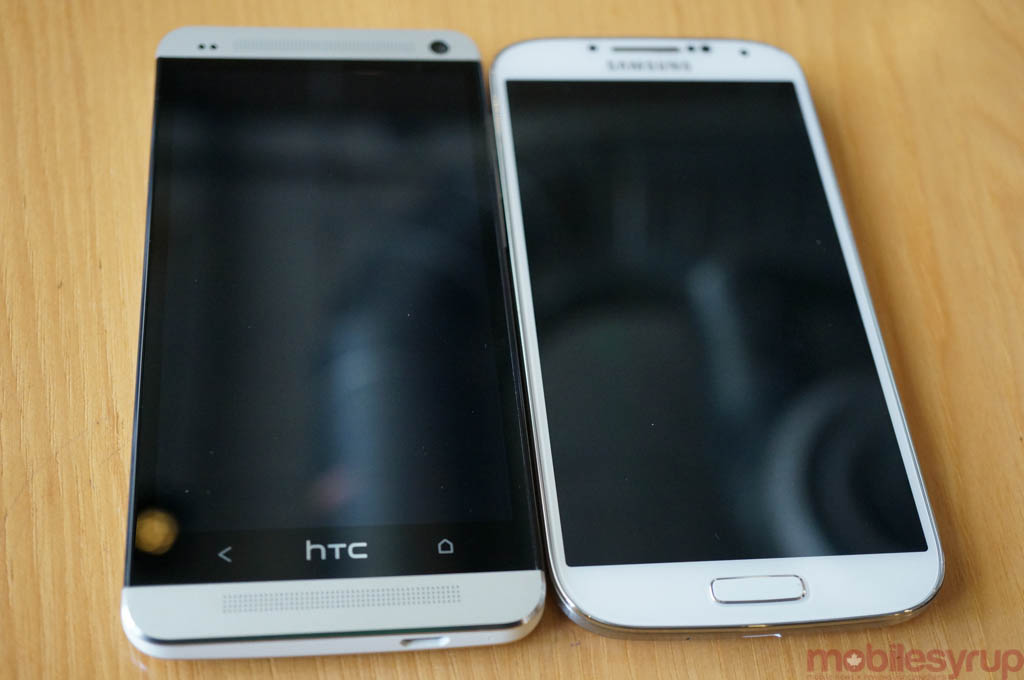 There is a lot more to say about the Galaxy S4, especially when it is compared to the current Android champ, the HTC One. We’re going to touch on many of the software improvements found in TouchWIZ this time around, many of which will come to the GS3 and Note 2 when they’re upgraded to Android 4.2.

Having the latest version of Android here is a pleasant surprise, especially since it puts the device on par with the Nexus 4 for Google-related features, most notably lockscreen widgets. But Samsung has stuffed so many other features and gimmicks into the Galaxy S4 that it will take a few hours just to try them out.

We’ll have more in a few days, but as usual, please ask any specific questions you want answered on the review in the comments below. 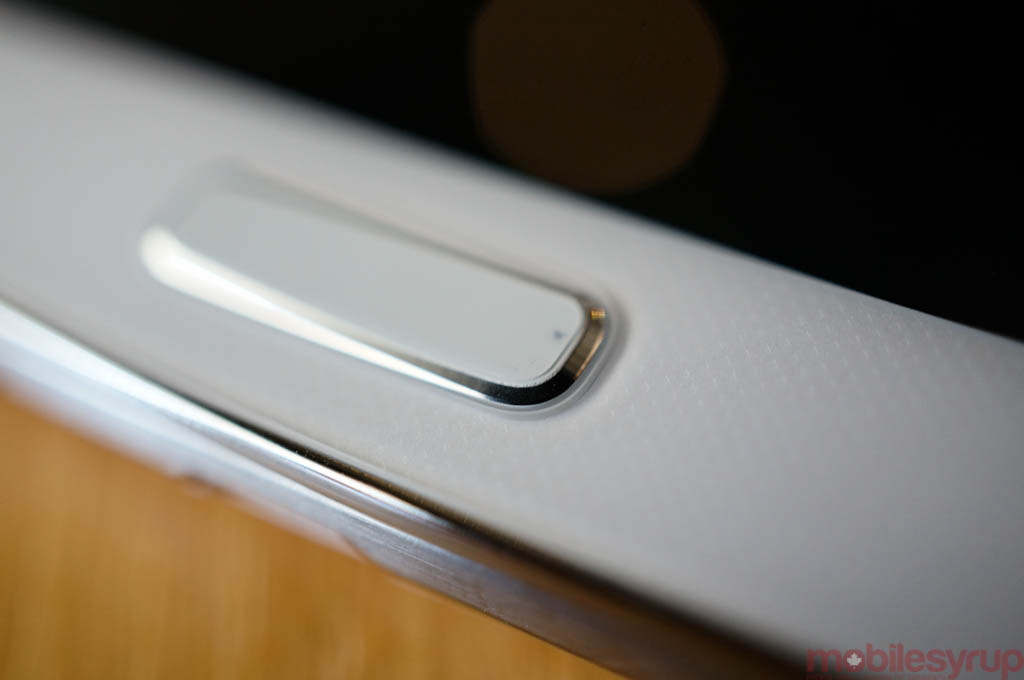 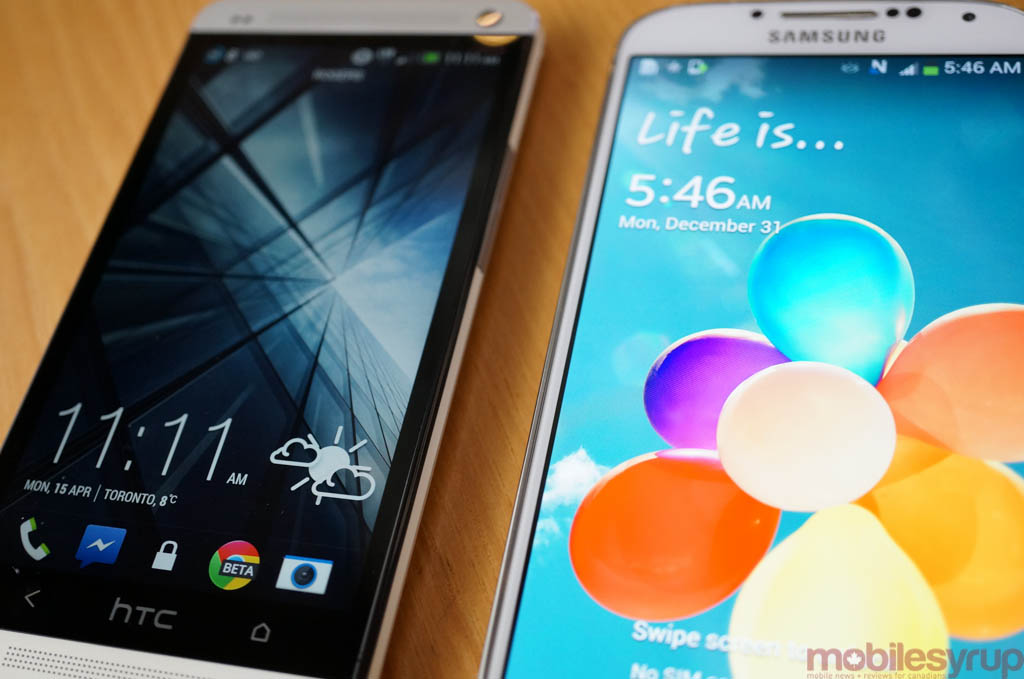 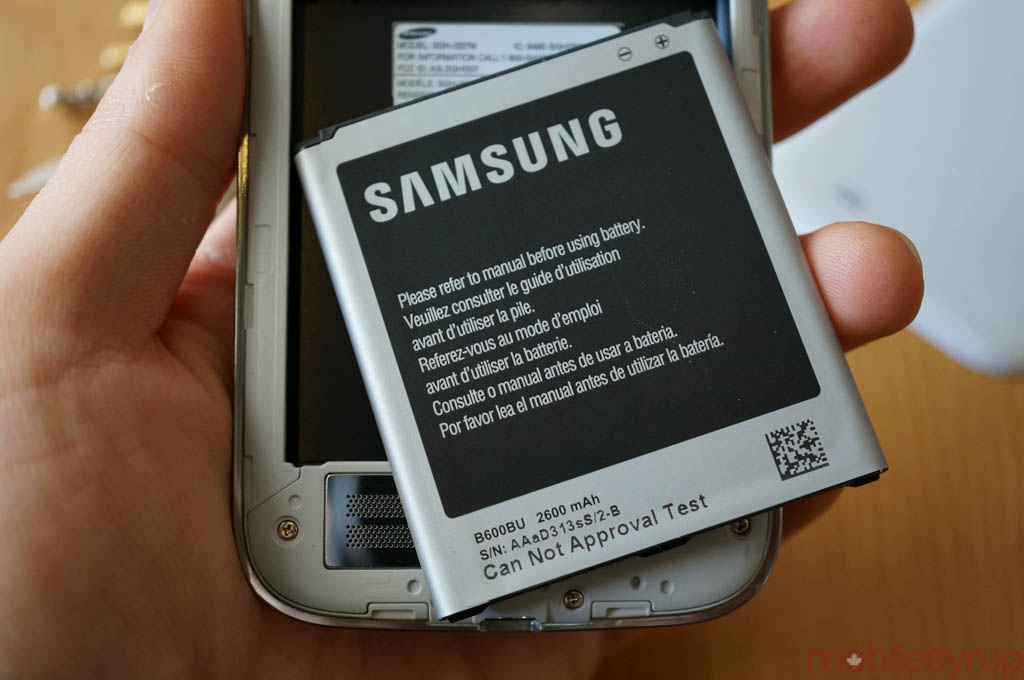 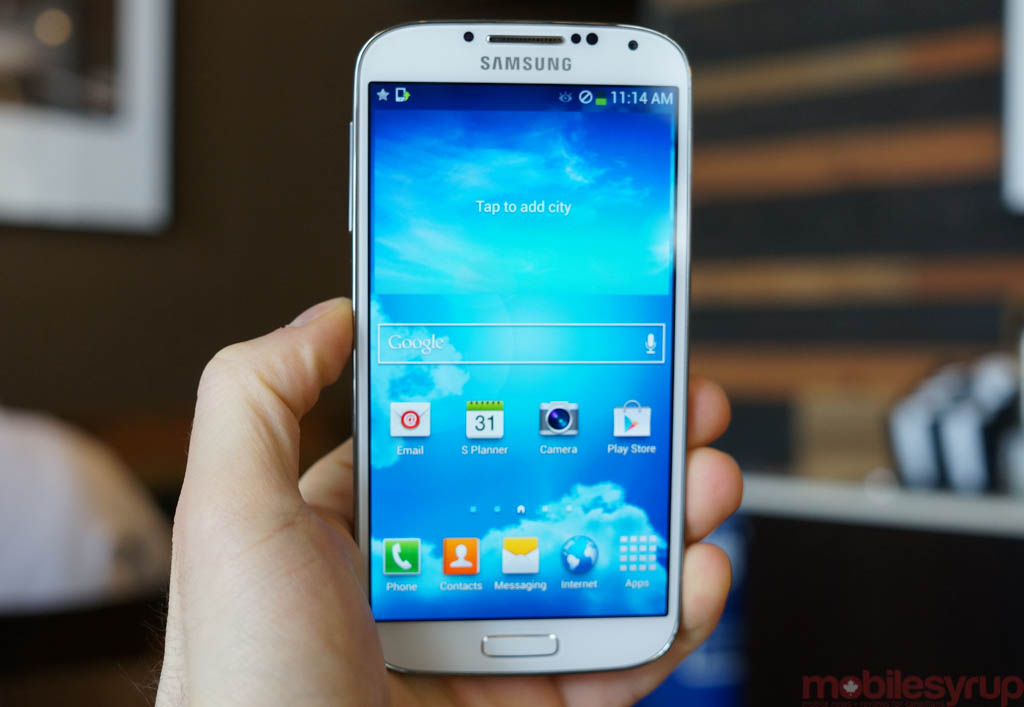 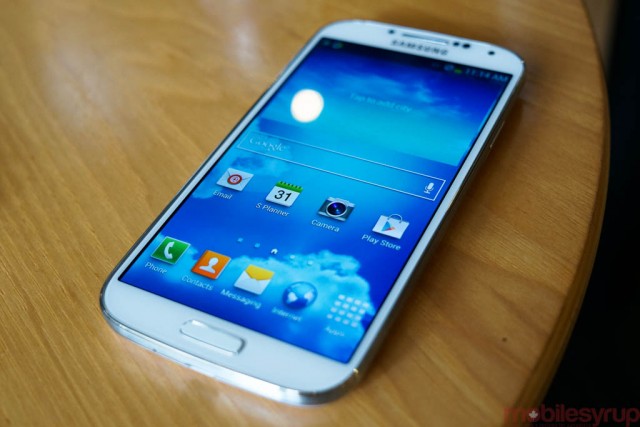 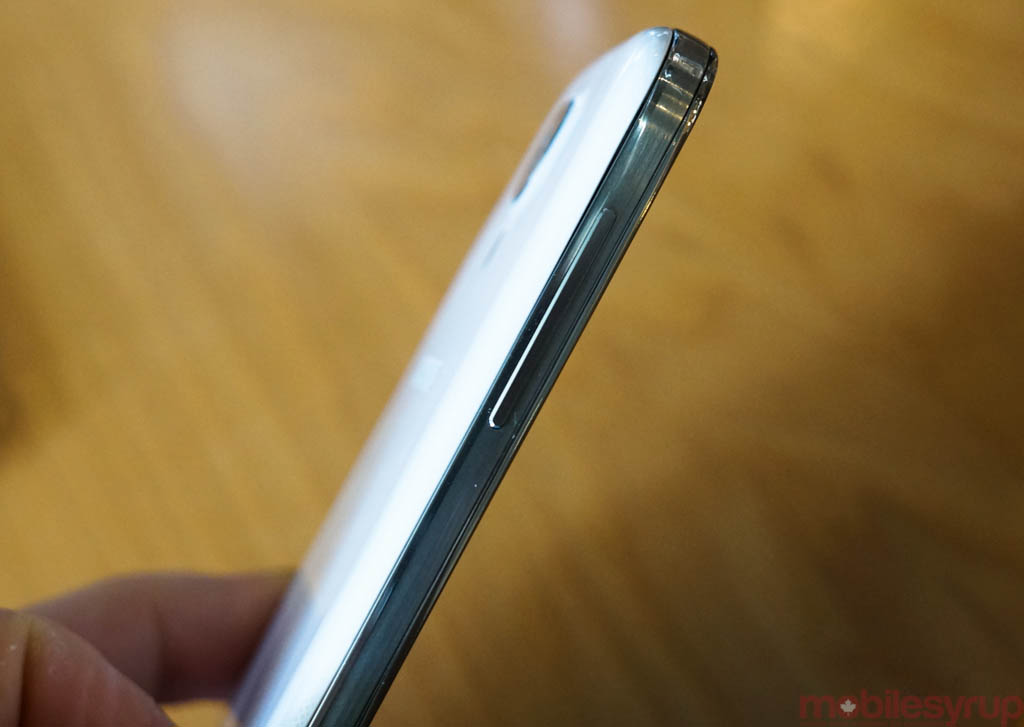 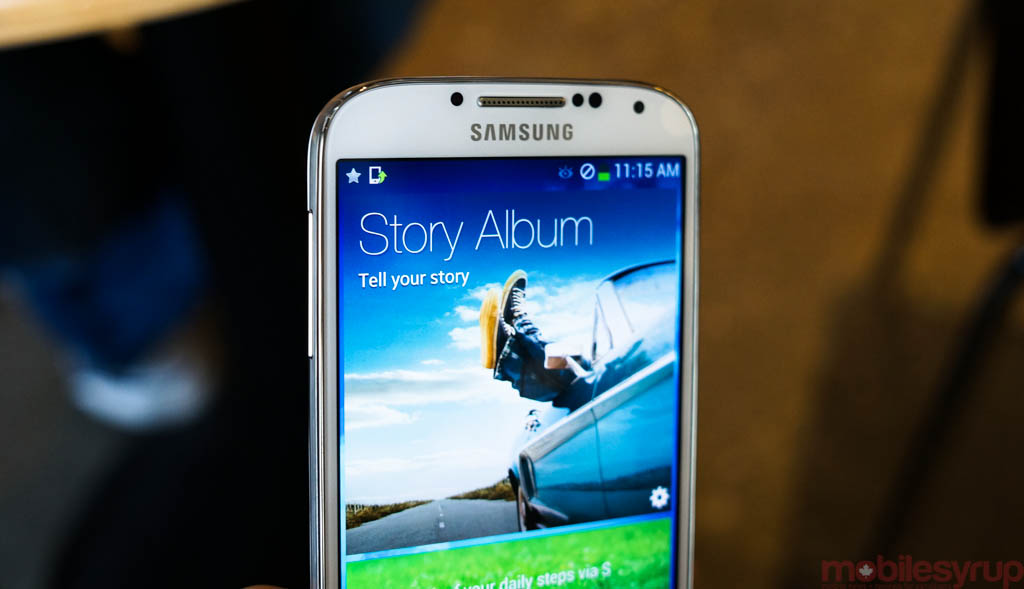 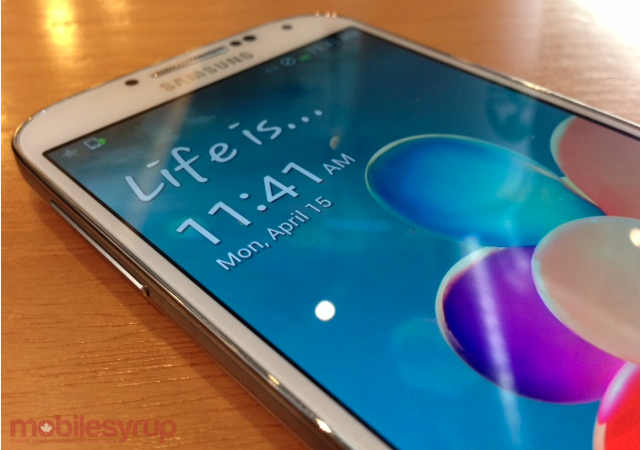 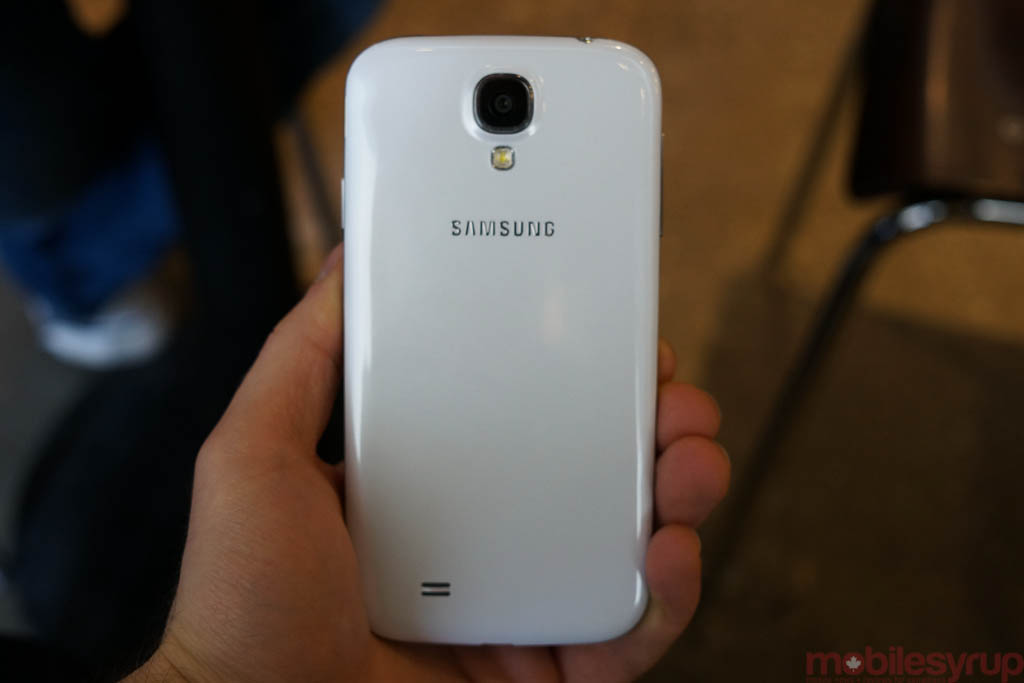