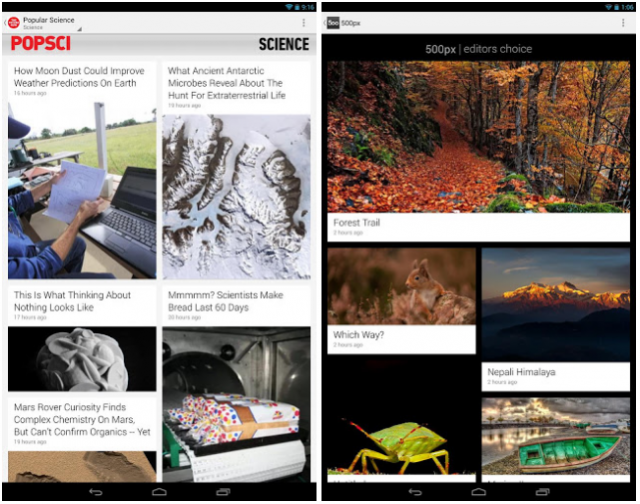 The update today introduces audio controls for feeds that support it. Indeed, Google has partnered with various organizations to provide content to Currents, and much of it includes snippets of audio and longer podcast-length features. You can now draw down a list of audio clips from individual feeds in a playlist, with an in-app media bar for various stop/start controls.

The app also posts audio clips in the notification bar for easier controls, a feature of Android the company has been heavily pushing as a differentiator against iOS. The app also has better read syncing between versions — the iOS version should be updated shortly, but it now works between Android devices — and a host of bug fixes and performance improvements.