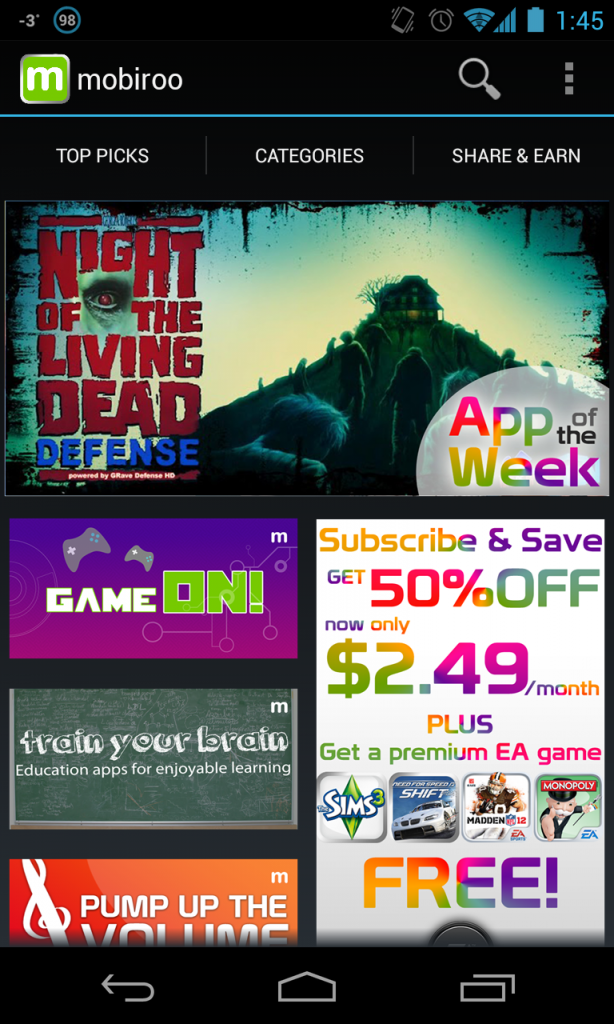 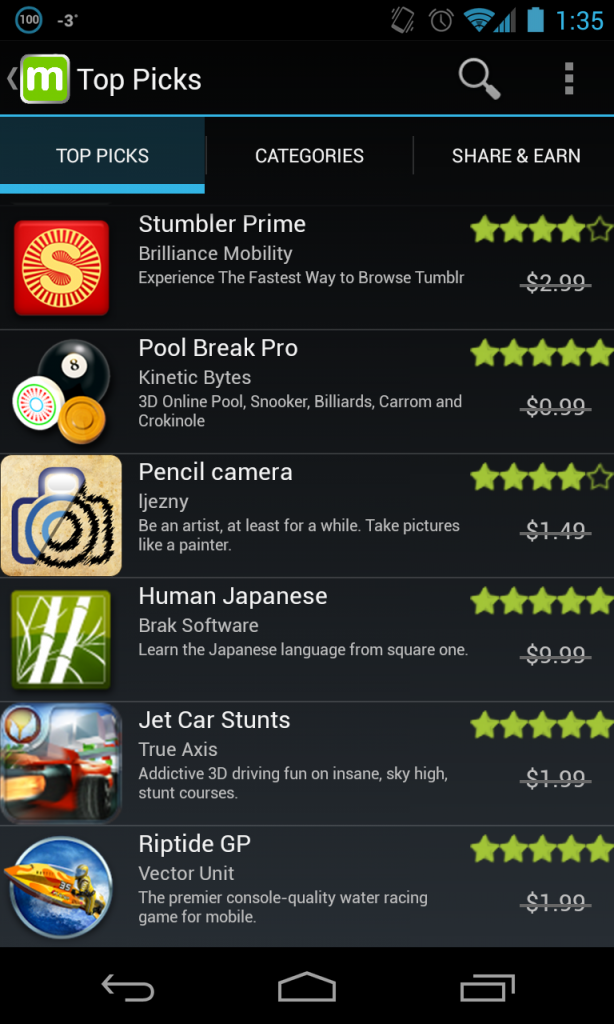 Mobiroo, previously known as the Android app gift card company has broached new territory with its $2.49 “All You Can App” subscription service. The idea is thus: Mobiroo offers a third-party app store of sorts that allows you to download hundreds of paid apps without additional charge as long as you subscribe to the company’s monthly fee. That fee is $2.49 for a limited time, but will increase to $4.99 at an undisclosed future date.

There are some great apps and games included such as Riptide GP and Falcon Pro, but the selection is rather sparse compared to the Play Store. And the premium content, such as EA Games’ paid fare, will cost extra if you want to go beyond the allotted one download per month.

If an effort to test out whether DRM was included — free and paid apps from Amazon’s Android app store no longer work when the client itself is not present on the device — showed interesting results. I was able to open and use apps that I had downloaded even when the Mobiroo client isn’t installed, though it could be doing a server-side check to see if your device still has a valid subscription package.

Mobiroo provides another way to get paid Android apps for cheap, and we’d be interested to see what sort of pay-per-play royalties developers are receiving in exchange for their presence on the store, but those details are unlikely to be made public. More important will be to see how Mobiroo deals with updates; apps like Falcon Pro, which is updated several times per week, will likely fall behind the Play Store version unless developers stay on top of their rollouts.

More information is available at Mobiroo’s website.
Via: PR Newswire

Google now rolling out audio and video captions on Duo